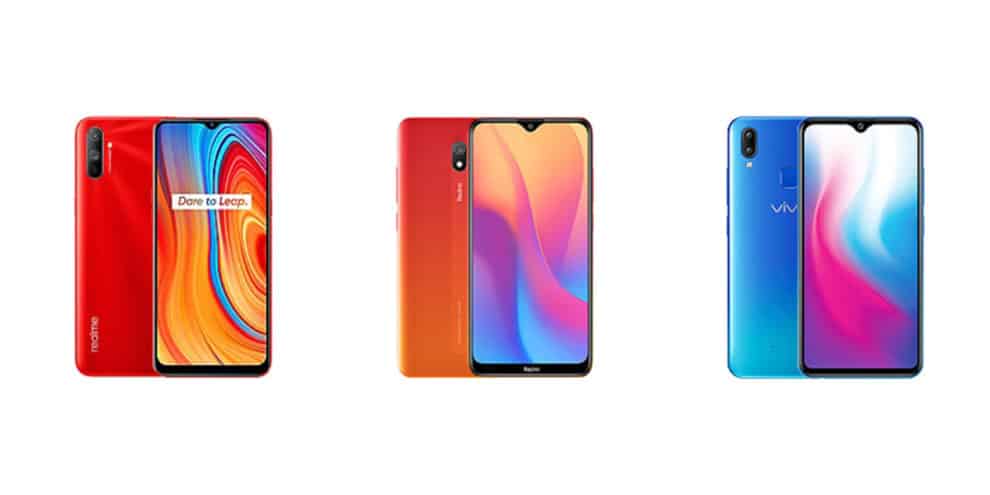 According to the latest news, Vivo has started releasing its new smartphone series, Vivo X50. The smartphones, including Vivo X50 and Vivo X50 Pro, come with great features such as AMOLED display. Interestingly, the devices also sell at fair prices. However, here’s a burning question: Are they really the best option in their price segments? Well, there’s only one way to find out, and that is to compare them with other smartphones in their categories. In this article, we’ll be focusing our attention on the Vivo X50 vs OnePlus 8 vs Realme X50 Pro comparison.

To start the Vivo X50 vs OnePlus 8 vs Realme X50 Pro comparison, let’s take a quick look at the designs of the three devices. Hopefully, after the comparison, you’ll be able to find the right answer to the burning question, according to your taste.

In the case of the display of the three phones, it’ll be somehow difficult to make a comparison here, as the differences between them are minor. That said, the three phones come with AMOLED panels and HDR10+ certifications.

Furthermore, in the case of their software, the three phones run on Android 10. However, the Oxygen OS in OnePlus 8 is more advanced than the user interface of the other two devices. Also, it’s worth noting that Realme X50 Pro 5G recently received the Android 11 beta.

Judging from their camera specs, you might want to choose Vivo X50 over the other two phones. That’s because it comes with a quad-camera setup, including a 48 MP primary sensor with f/1.6 aperture. Also, it has an 8-megapixel super-wide-angle lens, with a 120-degree field of view. Furthermore, it has a 5-megapixel macro sensor and a 13-megapixel bokeh lens, supporting 20X digital zoom. On the other hand, Realme also comes with a quad-camera setup, including a 64MP main sensor, with f/1.8 aperture. Its other setup is 12 MP + 8 MP + 2 MP. In the case of OnePlus 8, it comes with a triple-camera setup of 48 MP + 16 MP + 2 MP. 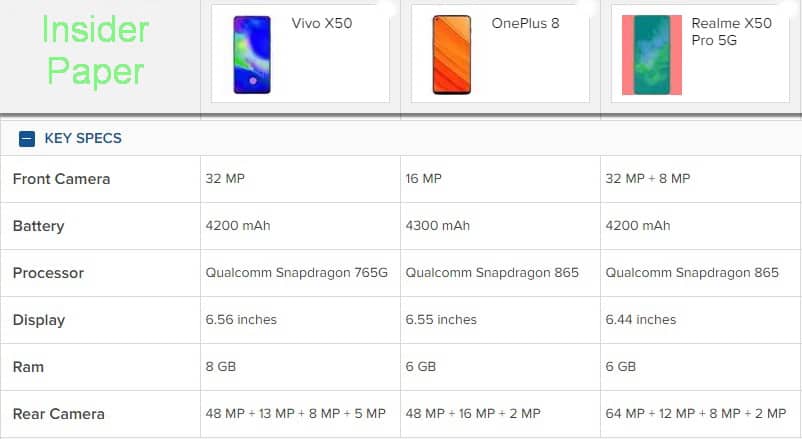