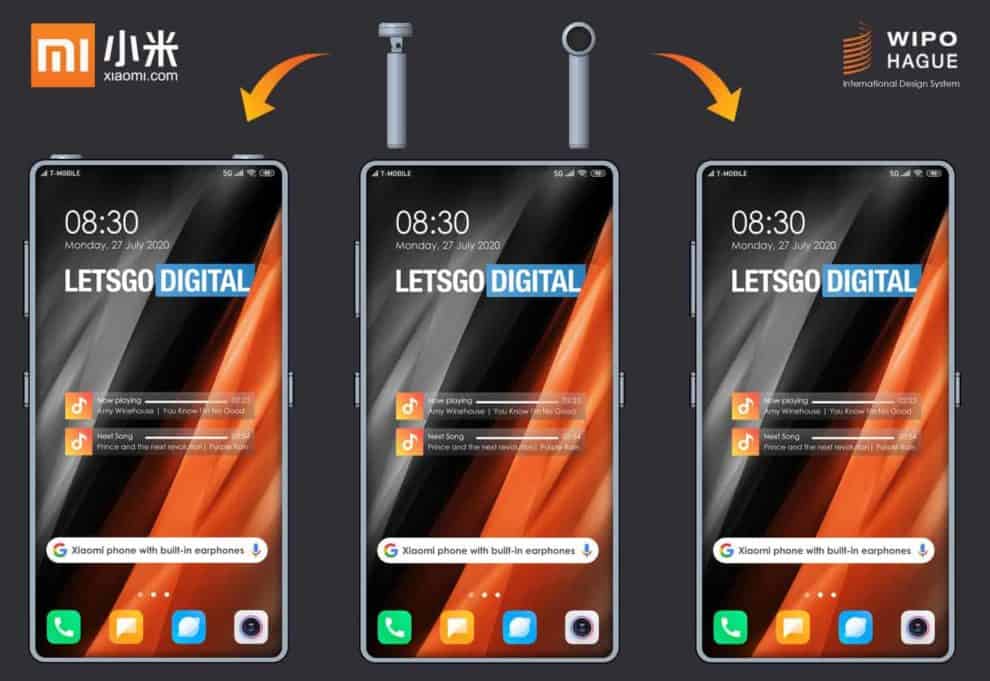 Even though Xiaomi has a lot of critics, one still can’t deny the fact that the smartphone manufacturing company is one of the best, when it comes to introducing innovative concepts and patents. According to the latest report, it looks like the company is working on a patent, which will help to eliminate the need for charging cases. Xiaomi’s new patent shows a smartphone with built-in wireless headphones, which is likely to be produced in the future.

According to a new patent, which was first spotted by LetsGoDigital, Xiaomi might be working on a solution to eliminating the use of the charging case. The patent reveals that built-in wireless headphones are placed in a section, on top of the Xiaomi smartphone. The top section of the smartphone also contains compartments, which will help to store and charge the headphones.

One unique feature of the headphones is that they are movable, meaning that they can easily be rotated in any preferred direction. With that, it’ll only take up minimal space, when plugged to the phone. Also, Xiaomi designed the headphones, such that users can wear one of its positions in their ears. As for the other position, it’s mainly for storage of the wireless headphones inside the body of the Xiaomi smartphone.

The headphone device will connect via Bluetooth and likely going to come with the noise cancellation feature.

Another Feature Revealed By The Patent

Interestingly, the built-in wireless headphones are not the only feature, revealed by the new Xiaomi smartphone patent.

By looking carefully at the images, you should also notice that the phone doesn’t have a notch for the front camera. What that means is that the patent smartphone features an under-screen camera.

For now, it’s still unclear whether or not Xiaomi will go into the production of the device. However, if it does, it’ll surely change the balances in the industry.