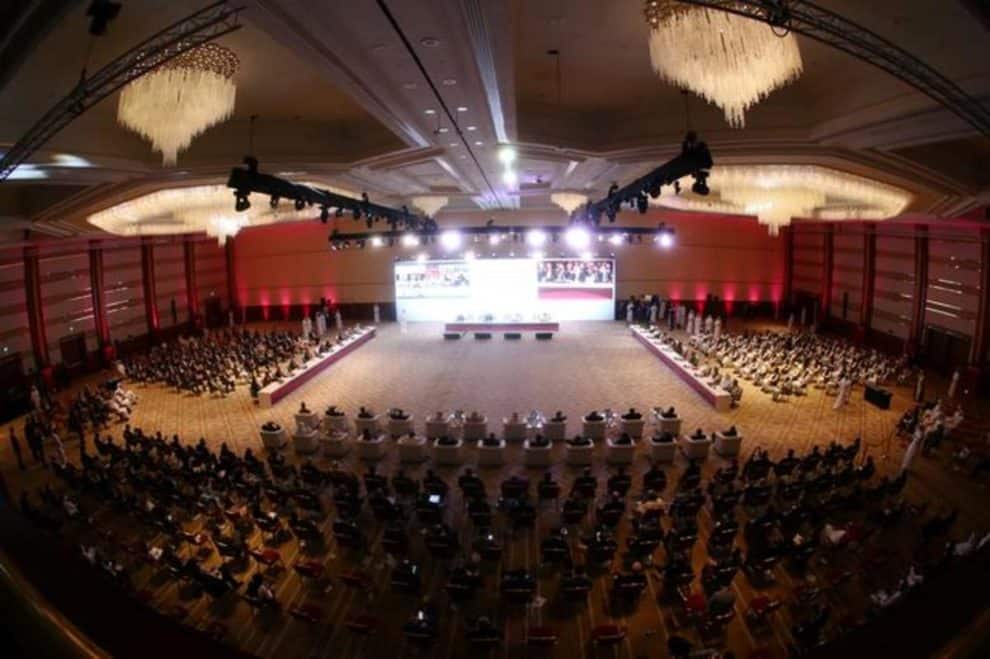 Talks between Afghan authorities and the Taliban, which began in Doha on Saturday with the goal of ensuring lasting peace in Afghanistan and the withdrawal of American and NATO troops after almost 19 years, were called historical by US Secretary of State Mike Pompeo. However, the question is whether this is just a spectacle to portray another foreign policy “victory” for US President Donald Trump on the eve of the upcoming November presidential elections, or whether this can bring true peace to Afghanistan.

The negotiations in Doha can be described as historic because Afghanistan was the first country targeted by the US when it launched its so-called “War on Terror” after the September 11 attacks that was blamed on the Taliban’s allies, Al-Qaeda. As a result of this war and the following invasion of Iraq in 2003, the international system dramatically changed as US unilateralism saw the country become bogged down in endless wars in the Middle East. China, however, has peacefully risen, leading to the end of the short-lived US-dominated unipolar world system that emerged after the collapse of the Soviet Union in 1991.

The so-called War on Terror is responsible for millions of victims, and so far has cost the US well over $6 trillion. In 2001, China was not in the international picture as it only had a GDP of $1.3 trillion with hundreds of millions of citizens still living in poverty. The world’s focus was also almost exclusively on Islamic terrorism. Today, and in a matter of less than 20 years, China’s GDP is now over $14 trillion and the government in this period oversaw a massive human poverty reduction never seen before in human history. Beijing is undoubtedly a world leader today in an emerging multipolar world system. The US spent nearly half of China’s total growth in the past 20 years only on war. From the financial angle, reaching a peace agreement with the Taliban in Afghanistan would be very important for the American government as it can reallocate resources to challenging China’s rise rather than fighting so-called Islamic terrorism.

The most important repercussion for a successful peace deal in the immediate future is the impact it would have on the political situation in the US ahead of November’s presidential election. Under the auspices of the US, important agreements have been signed in recent weeks, such as Israel’s normalization of relations with the United Arab Emirates and Bahrain, as well as the economic deal between Serbia and the Albanian administration in Kosovo. Another major peace agreement, especially one that includes the Taliban after nearly two decades of US military involvement, would certainly serve Trump’s re-election campaign positively. However, it is very difficult to say whether this will really lead to a lasting, stable and comprehensive peace in Afghanistan since those who oppose the agreement believe the US military should completely withdraw from the country. The presence of American soldiers is undoubtedly a strong stabilizing factor for the current Afghan government. When it is left without that kind of support, the big question is how long the internal peace in Afghanistan will be maintained.

Trump is not only interested in a peace deal with the Taliban because of his immediate electoral interest, but also because of strategic planning against China. Having a stable and American friendly Afghanistan is important as it can serve as a pressure point against China’s growing influence in the Central Asian region. However, having a stable Afghanistan that could oppose China will be difficult as the Taliban are not the only militant force in Afghanistan and there are other groups that can maintain chaos in the country, such as ISIS. Another problem facing Trump is that Afghan policy towards China is a non-existent issue in finding a peace deal for the country and there are no guarantees or reasons that post-peace deal Afghanistan will adopt an anti-China policy.

Negotiations with the Taliban have been going on for two years, and an intra-Afghan agreement was almost concluded in Qatar a year ago. However, disagreements in the American administration prevented the signing of the peace deal. Trump had the idea of turning last year’s agreement efforts into a mini spectacle. Trump wanted to bring the Taliban and the Afghan president to Camp David, the jewel of the American presidential representation and famous for being the location of the 1978 peace agreement between Israel and Egypt. On September 1 last year, Taliban leaders and Afghan President Ashraf Ghani, initialed copies of the agreement and left them with the Qatari authorities. However, there were great disagreements and quarrels then, because the then National Security Adviser, John Bolton, not only vehemently opposed the presence of the Taliban in the US, but also the signing of an agreement because he believed it would not last. US Secretary of State, Mike Pompeo, on the other hand, supported Trump’s initiatives for a peace deal in Afghanistan.

The peace talks aim to conclude the terms of a permanent ceasefire, disarmament of Taliban fighters and militias loyal to their commanders, the rights of women and minorities, constitutional changes and divisions of power. If Trump is successful in finalizing a peace deal, he will be remembered as the president that achieved what former president Barack Obama had promised to do himself, which will surely be a blow to the Joe Biden Democratic presidential campaign considering he was Obama’s Vice President. An Afghan peace deal will also give Trump more resources to reallocate against China in his continued trade hostilities against the Asian giant.