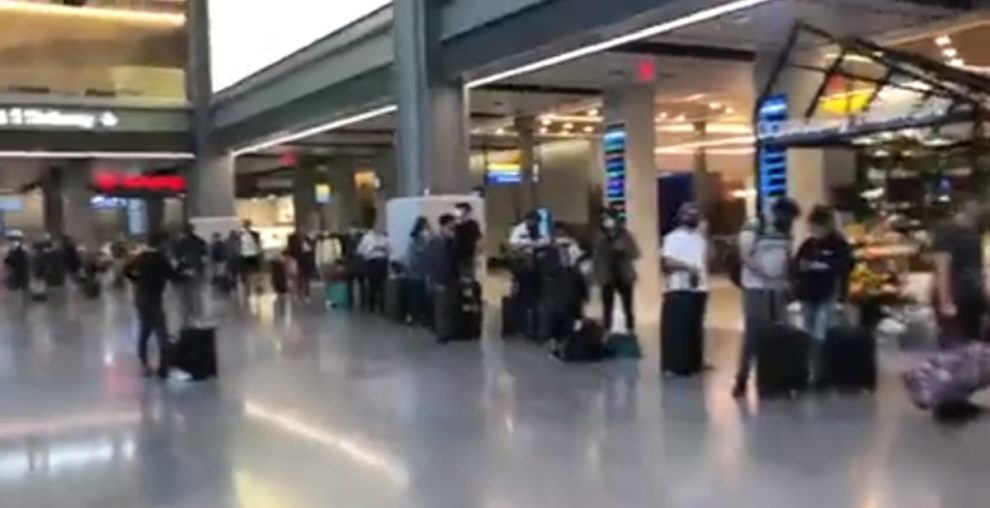 The New York City region’s transit system remained paralysed on Thursday as a result of record-breaking rains, with service on most of the city’s subway lines disrupted or delayed, commuter rail lines running few trains, and Amtrak cancelling service on a major corridor.

Subway and train service was gradually resuming, and New York City lifted a travel ban at 5 a.m., but residents were advised to stay at home and avoid all unnecessary travel. Amtrak canceled all morning service between Philadelphia and Boston, a major commercial corridor.

“Due to severe weather with significant rainfall along the Northeast Corridor, all Amtrak service between Philadelphia and Boston with an initial departure before 12 pm on Thursday, September 2 is canceled,” the railroad service said on Thursday.

“Service Advisory: Due to severe weather with significant rainfall along the Northeast Corridor, all service between Philadelphia & Boston with an initial departure before 9am on Thursday, Sept. 2 is canceled,” Amtrak Northeast said in a tweet.

In another update, Amtrak said, “All service between Washington (WAS) and Boston (BOS) has been canceled for the remainder of the day. We apologize for the inconvenience.”

It’s unclear when the service will be resumed.

“Donna” at @Amtrak customer service has thrown in the towel! #Ida pic.twitter.com/WLtNqHVv28

Users on social media are taking a hit at Amtrak’s customer service, as many say Amtrak is not responding to their queries about the refunds on the canceled trips.

A user on Twitter wrote, “Does anybody at Amtrak feel like answering the phone. Your customer service is atrocious.”

“@Amtrak your phone number has been busy for a while and your website doesn’t work, errors everytime I try to modify a trip. How do you expect customers to urgently change travel plans? Why is your site broken?” Another user wrote on social media.

Some customers complained that they were not informed about the cancelation of their trips through text, email or call.

VIDEOS: Amtrak customers head to ticket counters to get refunds after trains were cancelled

RIGHT NOW: The line of Amtrak passengers in Washington DC waiting for refunds & rebooking after train cancellations due to storms and #IdaAftermath pic.twitter.com/Qlc73kMOH5

Frustrated #Amtrak customers wait at the Moynihan Train Hall to speak to a ticket agent after trains were cancelled. Customers say #Amtrak didn’t update its website, send a text/email to notify passengers about the cancellation. @CBSNewYork pic.twitter.com/rlAfudaXdp