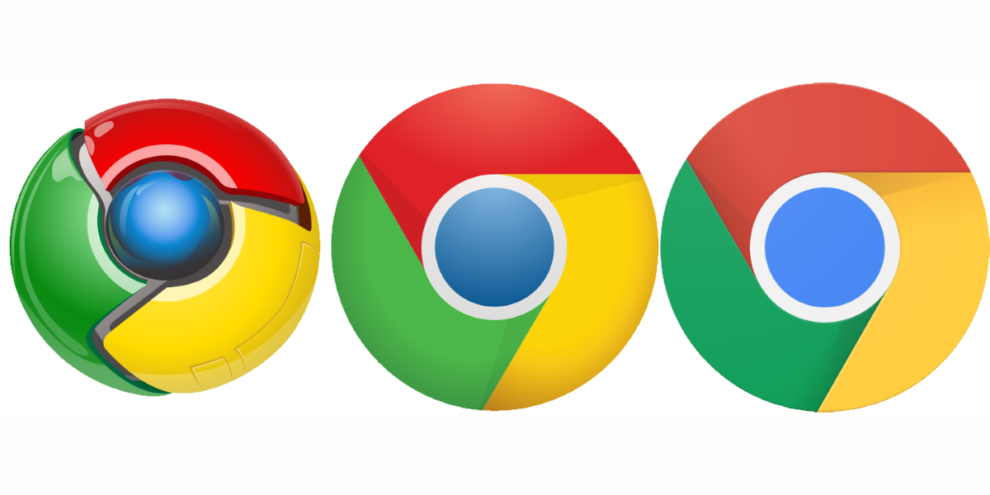 With more than 2.94 billion users, you’ll surely agree with us that Google Chrome is one of the most popular web browsers across the world. The cross-platform web browser was initially released on September 2, 2008, only for Microsoft Windows. However, Google later released another version, which offered support for other major operating systems, including Linux, macOS, iOS, and Android. Admittedly, the cross-platform web browser offers some of the best features. Even at that, the fact remains that Google Chrome isn’t without its issues. One of the often faced problems with the platform is the ‘Another app is displaying over Chrome’ issue.

‘Another app is displaying over Chrome’ Problem

According to the latest report, several Android users have now taken to various social media platforms, including Reddit, Google Chrome Forum, and Google Support, to report an annoying Chrome issue. Speaking of the issue, called ‘Another app is displaying over Chrome’, many users mentioned that it prevents them from enabling any kind of permissions on their Google Chrome.

Let’s have a quick look at some of the users’ complaint regarding the Google Chrome issue below:

According to Jaskanwal Singh, the Xiaomi Poco F1 users reported that he’s experiencing the annoying ‘Another app is displaying over Chrome’ issue on his Android device. While explaining the problem, Singh mentioned that the issue prevents him from enabling any kind of permissions on Chrome. These include notifications, camera, microphone, and a few others. Moreover, the user added that anytime a pop-up appears, asking him to either enable or block the permission, a dialog, which reads ‘Another app is displaying over Chrome’ always prevents him from proceeding. You can check below for the screenshot of what the Google Chrome user said about the issue. 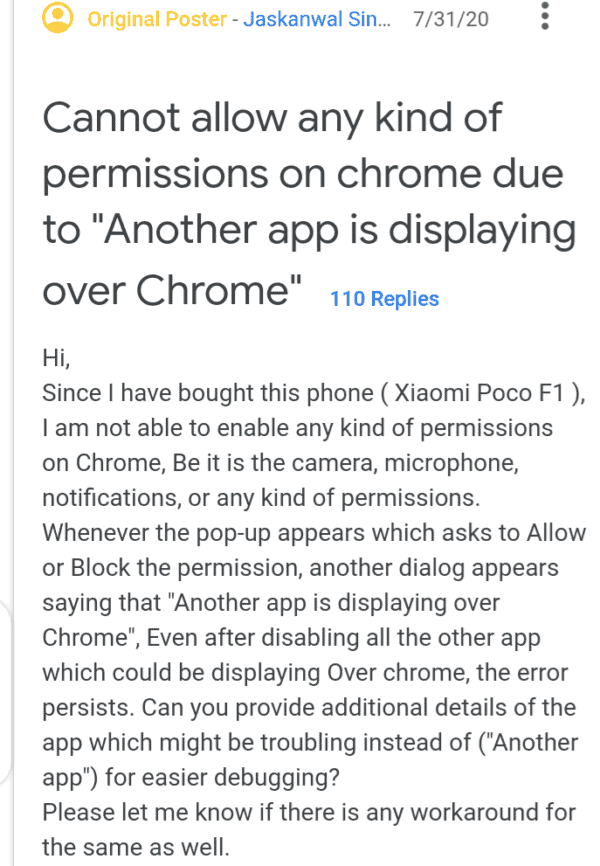 Apart from Singh, many other Google Chrome users have also reported the annoying ‘Another app is displaying over Chrome’ issue. You can check here (1, 2, 3, 4) for more reports on the issue.

Are There Fixes Or Workarounds For The Issue?

For now, it’s still unclear what exactly caused the annoying issue. However, according to some reports, it’s most likely because of persistent overlays. So far, Google is yet to release any statement to acknowledge the issue.

Well, in case you’re also experiencing the Google Chrome issue, there’s good news for you. And that is, there are some workarounds that you can consider using. According to many users, they already tested and confirmed, that fixes are effective. That said, let’s take a look at the workarounds below.

According to Guhan V, who gave credit to Dheep Vijay Dakshah for the solution, he said you’ll be able to fix the issue by disabling “Quick Ball” in “Additional Settings”. Here’s a brief of what the user said regarding the workaround below:

“I had enabled the Touch ball / quick ball feature, an icon used to stay always on the screen to help me navigate.

“This app was the culprit which had overlay feature enabled and wasn’t easy to figure it out by browsing the active apps under the installed apps.”

Apart from the above feature, you might as well locate the “use task toolbox” feature on your MIUI installed device. After finding it, ensure you disable it if the annoying ‘Another app is displaying over Chrome’ issue persists.

Furthermore, in case you’re making use of a stock Android, what you need to do is to disable some features. These include chat bubbles, in-call overlays, and picture-in-picture mode. After trying the workarounds and the issue persists, you might have to switch to another browser until Google addresses it. That said, we’ll continue to keep an eye on the company. And as soon as we find anything, we’ll let you know about it.