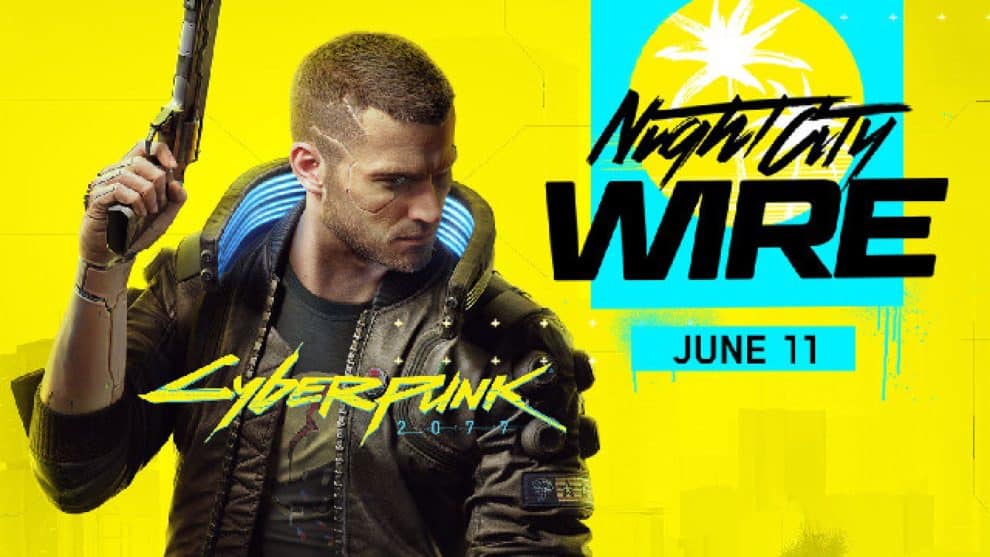 Since the sudden and continuous outbreak of the coronavirus pandemic, a lot of major gaming events, including Gamescom and E3 have been canceled. Also, a few other companies are already planning to make their events go digital. With that, we thought the majority of companies in the gaming industry would also follow suit, and cancel their events. However, it looks like we might be seeing a gaming event being held soon. According to a tweet from the Twitter account of Cyberpunk 2077, the Night City Wire event will be held on June 11.

What To Expect At The Cyberpunk 2077 Night City Wire Event?

Although we don’t have many clues as to what exactly will be revealed at the Cyberpunk 2077 Night City Wire event.

However, shortly after Cyberpunk tweeted that fans should get ready, Marcin, the manager of CD Projekt Red community also made a statement on Twitter. As Cyberpunk tweet hints at the event going digital with a live stream by adding a small TV icon in their tweet, Marcin’s tweet also hinted at several things, including announcements and new footage.

The popular, Geoff Keighley also retweeted the Cyberpunk 2077 Night City Wire tweet. With that, it shows he’ll probably be supporting the show in one way or the other. He’s a Canadian video game journalist and television presenter. He is actually popular for hosting the video game show GameTrailers TV.

No doubt, the Cyberpunk 2077 has had a lot of amazing showing in the past with E3. If not for the coronavirus outbreak, E3 2020 would have had Cyberpunk appear at the big event ahead of its release later in September.

While we await the Cyberpunk 2077 Night City Wire in June, it is amazing to know that the game will hit PC, Xbox One, and PS4. Apart from that, Cyberpunk will also receive support from Stadia. However, it is not yet confirmed for Sony’s upcoming console PlayStation 5. So, we should expect all of these to come with the game in September.

It is not yet confirmed officially that where the developer of the Cyberpunk 2077 will be showcasing the live stream of the event, but here are our wild guesses for you to check. The developer may use their official YouTube channel to live stream the event. They could live stream it on their official website – here. Or they could choose an entirely different platform. Anyway, let’s wait and see how this mystery unfolds. We will keep you updated!