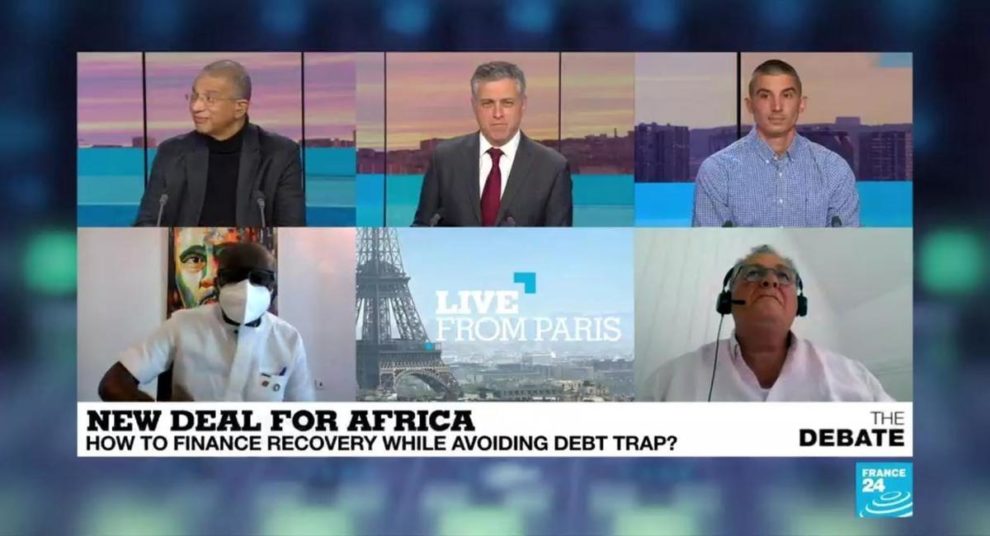 Amid the devastating economic crisis in Africa, European leaders are proposing an international plan to help the continent through investments that will allow African economies to recover. France is leading the project of an “African New Deal” with the support of the EU and African nations interested in European investment. However, the plan could have a strong side effect, indebting the nations that will receive the financing and making the crisis even worse.

Plan provides help for African nations but does not seem to solve the continent’s real problems.

In May, with the worsening of the African economic crisis, the possibility of international aid to the continent began to gain strength in Europe. Paris, which for various reasons has clear interests in Africa, took the initiative to welcome African nations into an economic recovery plan called “A New Deal for Africa”. The project has dozens of African and European heads of state, EU officials, banking institutions, the World Bank, and the International Monetary Fund as participants and consists of creating a massive aid package with the aim of boosting a new cycle of development supported by private investment. With this, it is expected to solve the problem of the lack of economic liquidity of African States, which were strongly affected by the global crisis generated by the pandemic.

Indeed, the African economic situation demands international attention. African public debt reached 58% of African GDP in 2020, an increase of 6% compared to the previous year and the highest rate in the last 20 years. In 2020, 17 countries were in a situation of high debt distress. Most African countries have already resorted to the Special Drawing Rights of the IMF, which are an international reserve asset created by the IMF to complement the official reserves of its member States in extraordinary cases of serious crises. This IMF resource has only been used four times in history – the last one during the global crisis in 2008.

However, with the pandemic, 183 countries will receive this aid, including African nations, for which 34 billion dollars will be allocated. However, it is estimated, by calculations made by IMF specialists, that around 285 billion dollars are needed for the African economy to return to functioning as it was operating before the pandemic, which motivated the search for more international help.

Finally, on May 31, after several debates on the African issue, the document “A New Deal for Africa” was officially launched, signed by Charles Michel, President of the European Council, Emmanuel Macron, President of France and more than 30 European and African leaders. The document defines four central objectives for a European recovery plan for Africa: “universal access to COVID-19 vaccines, including via production in Africa; strengthening pan-African institutions’ positions and roles within a new international financial architecture; relaunching public and private investment; and supporting large-scale financing of the African private sector”.

Despite the situation of serious humanitarian emergency, the case must be analyzed from a realistic point of view to understand what the European interest in Africa really is. The document foresees strategic points for African recovery and that should be priorities for European policies in the months ahead but ignores the possibility of a forgiveness of current African debts. Three African nations – Chad, Ethiopia, and Zambia – have already requested a rearrangement of the African debt, not having yet obtained a definitive answer. The New Deal document addresses plans to avoid indebtedness in the future but does not address current debt alleviation – which is a starting point for initiating any effective economic recovery.

Furthermore, it is necessary to emphasize the point that investments in the private sector must be in line with public policies for industrialization and development. Africa has an export-dependent economy, which makes it extremely vulnerable to variations in the international market. 70% of the African economy comes from the export of raw materials. If there is any decline in international demand for raw materials, Africa will be on the verge of economic collapse. Obviously, in a globalized and interdependent world, every crisis has international effects, but many problems would be avoided if African nations were supported by solid industrial development programs, guaranteeing some degree of economic sovereignty. There is no way to resolve the current crisis and not create mechanisms to prevent new crises.

Another interesting point of the document is that the fight against global warming and environmental standards are included in the plan for Africa. Despite the green agenda being a global priority, it is curious to talk about sustainability with countries that have not even reached an industrialization process. European nations have been industrialized centuries ago, reaching a high degree of development, so they are now thinking of sustainable alternatives. It is not possible to apply the same logic to countries still dependent on agriculture and extractivism. The document also proposes to demand from African institutions a firm commitment to the 2030 Sustainable Development Goals, which seems absolutely inadequate given the current scenario.

Europe undoubtedly wants to help Africa, but this assistance will be subject to African adherence to the main European agendas and, more than that, it will subject the African continent to dependency relationship that will not solve the problem of economic security in Africa. Industrializing Africa, financing the national development of African nations and creating public policies for economic sovereignty must be the priority of any international organization really interested in helping Africa. The European plan seems to be a way to revitalize the old colonial ties and camouflage the attempt to perpetuate African dependence with globalist and ecologically correct standards.