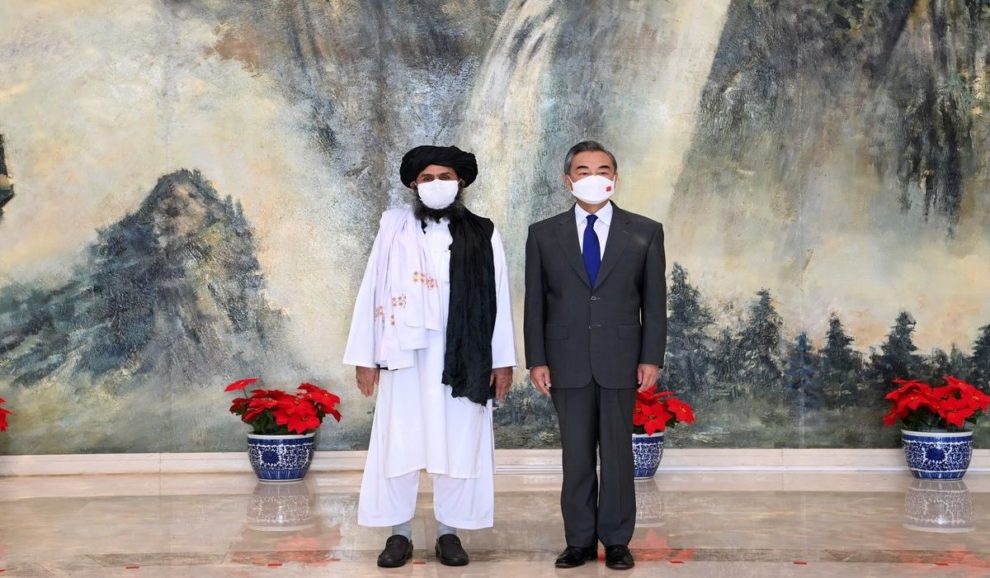 The Chinese delegation and Taliban officials agreed to work on strengthening diplomatic relations and implementing Chinese projects in Afghanistan during two days of high-level talks in the Qatari capital city of Doha, according to Tolo News.

According to Zabiullah Mujahid, a spokesman for the Islamic Emirate, Chinese Foreign Minister Wang Yi met with Afghan Deputy Prime Minister Abdul Ghani Baradar and Amir Khan Muttaqi in Doha on Tuesday, and Beijing promised to provide $5 million in humanitarian aid to Afghanistan.

“At the meeting, some prominent issues including political and economic topics were discussed,” said Bilal Karimi, deputy spokesperson for the Islamic Emirate, the report said.

According to the Islamic Emirate’s political office in Doha, Baradar assured Beijing that Afghan territory would never be used against any country, and the Chinese delegation pledged not to interfere in Afghan affairs in return.

Meanwhile, China’s Foreign Ministry said the talks will “provide an opportunity to have an in-depth exchange of views on Afghanistan’s situation and issues of joint concern.”

China’s Foreign Ministry spokesperson, Wang Wenbin, stated that China has always been willing to negotiate and work for Afghanistan’s development, and that the country is attempting to assist Afghans.