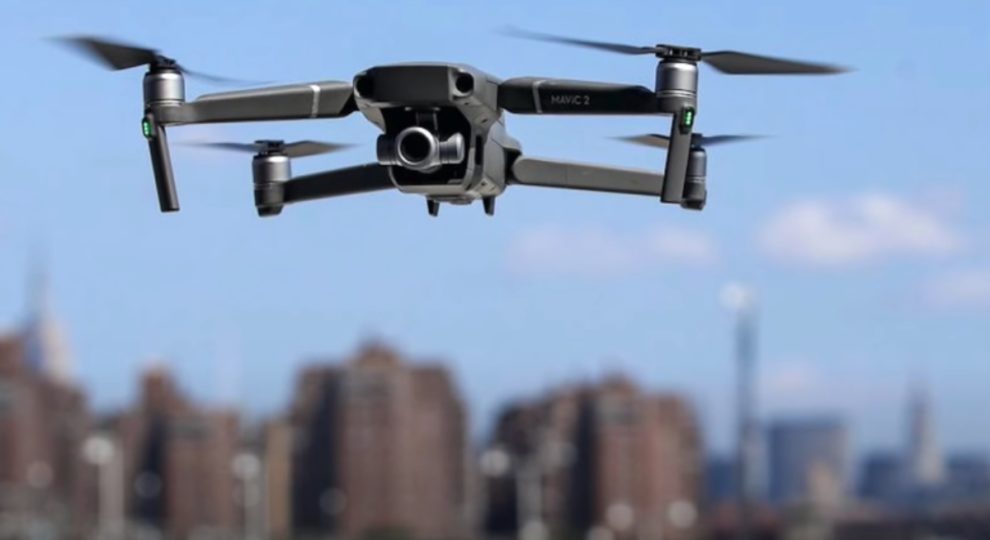 US FCC Commissioner Brendan Carr has warned that Chinese drone maker DJI “is collecting vast troves of sensitive data on Americans and US critical infrastructure, potentially operating as Huawei on wings”.

DJI, based in Shenzhen, controls more than half of the US drone market.

Carr requested that the Chinese firm be added to the FCC’s ‘Covered List,’ which would prevent federal US dollars from being used to purchase its equipment.

The FCC is also investigating whether to continue approving equipment from entities on the Covered List for use in the United States, regardless of whether federal funds are involved.

Huawei and four other companies – ZTE Corp, Hytera Communications Corp, Hangzhou Hikvision Digital Technology Co, and Zhejiang Dahua Technology Co – have already been placed on the list due to an assessment that they pose an unacceptable security risk.

“DJI drones and the surveillance technology on board these systems are collecting vast amounts of sensitive data – everything from high-resolution images of critical infrastructure to facial recognition technology and remote sensors that can measure an individual’s body temperature and heart rate,” Carr stated.

“Security researchers have also found that DJI’s software applications collect large quantities of personal information from the operator’s smartphone that could be exploited by Beijing. Indeed, one former Pentagon official stated that ‘we know that a lot of the information is sent back to China from’ DJI drones.”

“DJI’s collection of vast troves of sensitive data is especially troubling given that China’s National Intelligence Law grants the Chinese government the power to compel DJI to assist it in espionage activities. In fact, the Commerce Department placed DJI on its Entity List last year, citing DJI’s role in Communist China’s surveillance and abuse of Uyghurs in Xinjiang. Add to this information, the widespread use of DJI drones by various state and local public safety and law enforcement agencies as well as news reports that the US Secret Service and FBI recently bought DJI drones, and the need for quick action on the potential national security threat is clear.”

“After all, the evidence against DJI has been mounting for years, and various components of the US government have taken a range of independent actions – including grounding fleets of DJI drones based on security concerns. Yet a consistent and comprehensive approach to addressing DJI’s potential threats is not in place. That is why the FCC should take the necessary steps to consider adding DJI to our Covered List. We do not need an airborne version of Huawei. As part of the FCC’s review – and in consultation with national security agencies – we should also consider whether there are additional entities that warrant closer scrutiny by the FCC.”

Carr noted in his remarks calling for action that, since 2017, US intelligence services have warned that the DJI poses a security risk due to the amount of sensitive data it collects and the risk of that data being accessed by Chinese state actors.

In 2017, a DHS field office issued an Intelligence Bulletin stating that DJI is most likely providing sensitive US infrastructure and law enforcement data to the Chinese government.

The Department of Homeland Security issued an alert in 2019 regarding Chinese-made drones such as DJI, stating that  “(t)he United States government has strong concerns about any technology product that takes American data into the territory of an authoritarian state that permits its intelligence services to have unfettered access to that data or otherwise abuses that access”.

In January 2020, the Secretary of the United States Department of the Interior issued an order largely grounding the Department’s fleet of drones, most notably DJI drones, citing concerns about cybersecurity and access to sensitive data and information.

In October 2020, the DOJ’s Office of Justice Programs prohibited the use of their funds for drones manufactured by a third party  “Covered foreign entity, determined or designated, within the Department of Justice, to be subject to or vulnerable to extrajudicial direction from a foreign government”, including DJI.

DJI will be added to the Department of Commerce’s list of approved drones in December 2020  “Entity List,” for having “enabled wide-scale human rights abuses within China through abusive genetic collection and analysis or high-technology surveillance, and/or facilitated the export of items by China that aid repressive regimes around the world, contrary to US foreign policy interests”.

President Donald Trump issued an Executive Order in January 2021 outlining the risks of Chinese-made drones, including DJI, and stating US policy  “to prevent the use of taxpayer dollars to procure UAS that present unacceptable risks and are manufactured by, or contain software or critical electronic components from, foreign adversaries, and to encourage the use of domestically produced UAS”.

DOD stated in July 2021 that it is still confident in DJI systems  “pose potential threats to national security,” and DJI drones are still barred from use by it.

He proposed earlier this year that the FCC use its equipment authorization process to protect against security threats. In June, the FCC launched a proceeding to accomplish this. Tuesday’s call to action is another step in his efforts to address communist China’s threats.

Frank Wang, the world’s first drone billionaire, invented the DJI, the world’s largest consumer drone manufacturer. DJI was founded in 2006 in his dorm room at Hong Kong University of Science and Technology. DJL sales are expected to exceed $2 billion. It raised funds in 2018 at an estimated valuation of $15 billion and is best known for its Phantom Drones, which retail for around $1,000. According to Forbes, Wang owns roughly 40% of the company.

The FCC is authorised to have five commissioners. They are appointed by the President of the United States. One position is currently open. One of them is the Chairman. There may be no more than three commissioners from the same political party. None of them may have a financial stake in any FCC-related business. Except when filling an unexpired term, commissioners are confirmed by the US Senate for five-year terms. Carr’s term expires in mid-2023. Commissioners may continue to serve until their replacements are appointed. They may, however, not serve beyond the end of the next session of Congress after their term expires.