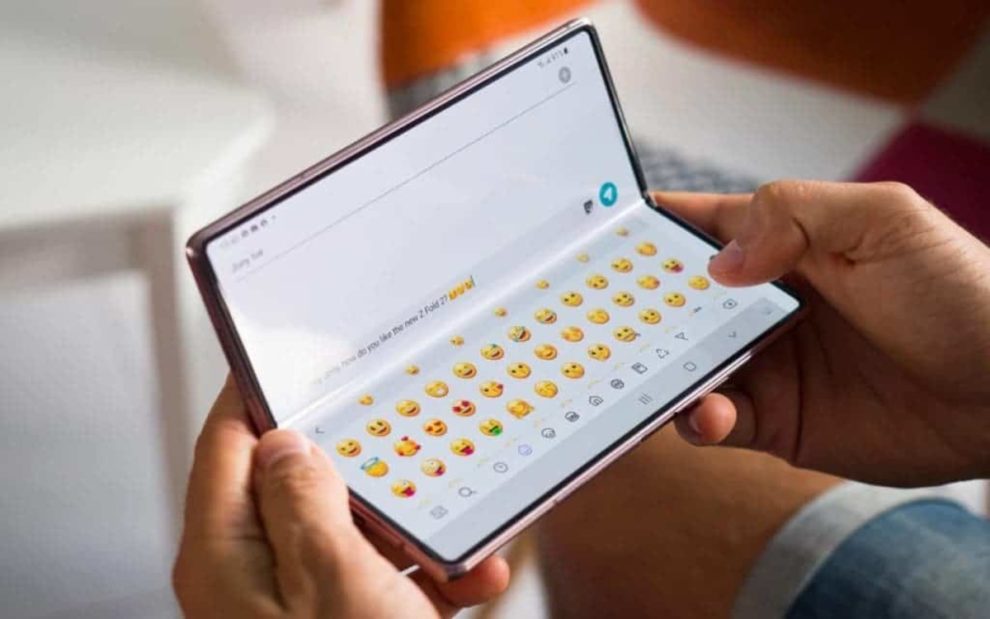 When it comes to foldable smartphones, you will agree with us that Samsung is one of the top OEMs that offer the best products. In 2019, the South Korean giant introduced Galaxy Fold, which was retroactively named the Samsung Galaxy Z Fold. And yes, the device offered several amazing features, including running on Android 10 with One UI 2.1 out of the box. On September 18, 2020, Samsung released the successor of the Galaxy Fold, called the Samsung Galaxy Z Fold 2. As usual, the new foldable smartphone introduced a host of great features and it was a huge improvement from its predecessor. Galaxy Z Fold 2 was released with Qualcomm Snapdragon 865+ chip. Apart from that, it was launched, running Android 10 with One UI 2.5. However, now the attention is gradually shifting to the next generation, the Samsung Galaxy Z Fold 3.

In case you’d like to know more about the upcoming Samsung Galaxy Z Fold 3, here’s everything we know about the device below.

For now, there isn’t any official statement regarding the release date of the next-gen Galaxy Z Fold 3 smartphone. Even, there is yet to be any speculation regarding when the foldable phone will launch. However, we should be able to make a pretty close guess looking at the launch schedules of previous models.

We expect Samsung to release the upcoming Samsung Galaxy S21 first before introducing the new Galaxy Z Fold 3 smartphone. As for the S21 model, rumors have it that the South Korean giant tech company will likely stick to its previous timing of releasing the Galaxy S-series phone. And if that’s anything to go by, we will likely see the Galaxy S21 series launch in the middle of February. As far as Galaxy Z Fold 3 is concerned, we expect it to come a few months after the S21’s launch. While the exact release date is unsure, we expect the foldable phone to launch in the second half of 2021.

Aforementioned, there’s yet to be an official statement regarding the design of the upcoming Galaxy Z Fold 3 smartphone. However, according to a 2019 patent, first spotted by LetsGoDigital, Samsung may take inspiration from its older Galaxy S ‘Edge’ models for the upcoming foldable device.

Speaking of the patent, it suggests that the hinge of the Galaxy Z Fold 3, which is protected by a partly translucent cover, could feature a strip of LED lighting. Therefore, it means users will be alerted to calls or messages, through the change in light, when the device is folded.

According to rumors, the Samsung Galaxy Z Fold 3 could launch with larger diagonal screens and reduced bezels. We also heard that the upcoming foldable smartphone could launch with an Ultra-Thin Glass (UTG). In addition to that, rumors also have it that there might be a Galaxy Z Fold 3S version, which will likely offer support for S Pen. Therefore, it means it could come with a digitizer under its foldable display.

However, according to Ross Young, that’ll never be the case. In case you don’t know, Ross is the founder and CEO of the technology analyst firm, DisplaySearch. According to him, Samsung isn’t in a rush to introduce the new technology. Therefore, it means sub-screen tech won’t be making its way to the upcoming Galaxy S21 series. However, we could see the all-screen or under-display camera technology on the upcoming Galaxy Z foldable smartphone. As predicted above, the foldable phone is rumored to launch in the second half of 2021. So there’s a good chance that the upcoming foldable phone’s camera will be placed under the display.

According to speculations, the upcoming Galaxy Z Fold 3 will likely come powered by Qualcomm Snapdragon 875 (7 nm). Furthermore, the device will most likely feature 12 GB RAM and up to 512 GB of internal storage. As for the display, the device is rumored to launch with a 6.7-inch dynamic AMOLED capacitive touchscreen. As far as screen resolution is concerned, it will likely come with 1080 x 2636 pixels and 425 PPI density. We also expect it to come with a higher refresh rate of 120 Hz.

Furthermore, the foldable device will likely come with a massive battery capacity of 5000 mAh. We also expect the upcoming Galaxy Z foldable smartphone to offer support for 45 Watts fast charging.