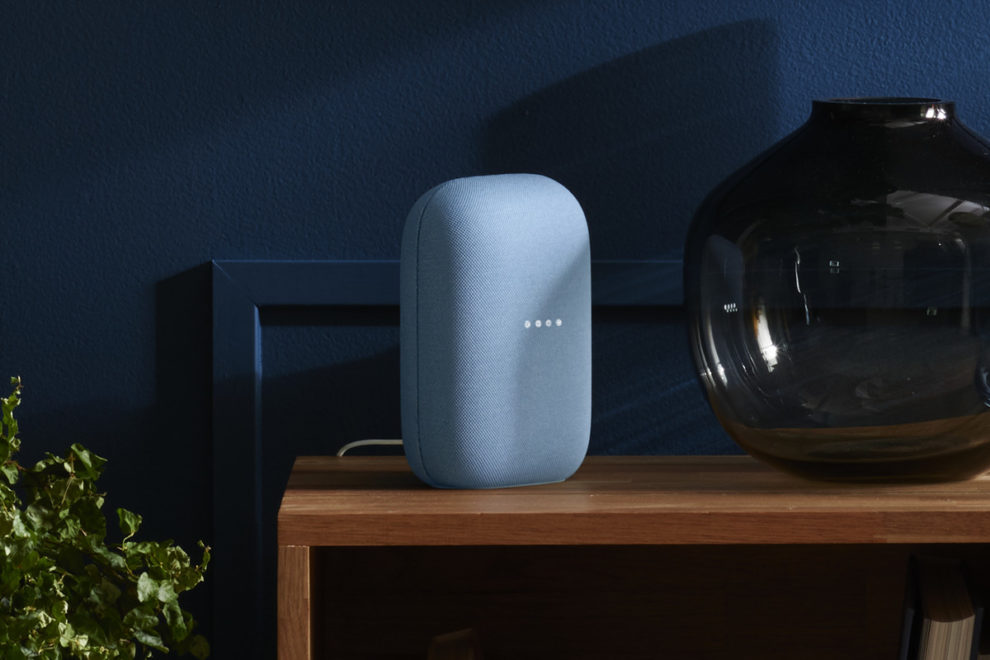 Google Nest or Home is a line of smart home products gained by Google in 2014. The products under this lineup include smart speakers, routers, smart displays, thermostats, smoke detectors, streaming devices, and security systems. Google Nest works in several ways, depending on the type of product you’re using. For instance, the Google Nest speakers or displays make life pretty easy; they help users to access various media apps using only their voices. However, as amazing as the Google Nest is, you need to understand that it’s not without its issues. According to the latest reports, users currently complain that their Google Nest or Home smart speaker is not playing YouTube Music songs.

The rest of this post will focus on sharing with you everything you need to know about the new Google Nest or Home issue.

Smart speakers are one of the many products that you’ll find under the Google Home or Smart app. Google designed these products specifically to assist users in carrying out various tasks. One of them is that you’ll be able to play your favorite songs using only your voice. Unfortunately, the Google Home smart speakers are now misbehaving, preventing users from enjoying music.

According to various reports across different social media platforms, Google Home users report that the smart speakers are not playing songs on YouTube Music. Instead of looking for the specific song and playing it on YouTube Music, the Voice Assistant only replies with the error message below:

“I looked for (title of the searched song/music) on YouTube, but it either isn’t available or cannot be played right now.”

Some users even reported that they tried a couple of workarounds, such as uninstalling YouTube Music & Google Nest, resetting their devices, and reinstalling the apps. However, all the generic solutions couldn’t help to address the issue. Let’s have a look at some reports regarding the issue below:

According to Rob S 81, the user mentioned he asked the voice assistant to play him a particular song. Instead of playing the song, the Voice Assistant replied with the aforementioned error message. 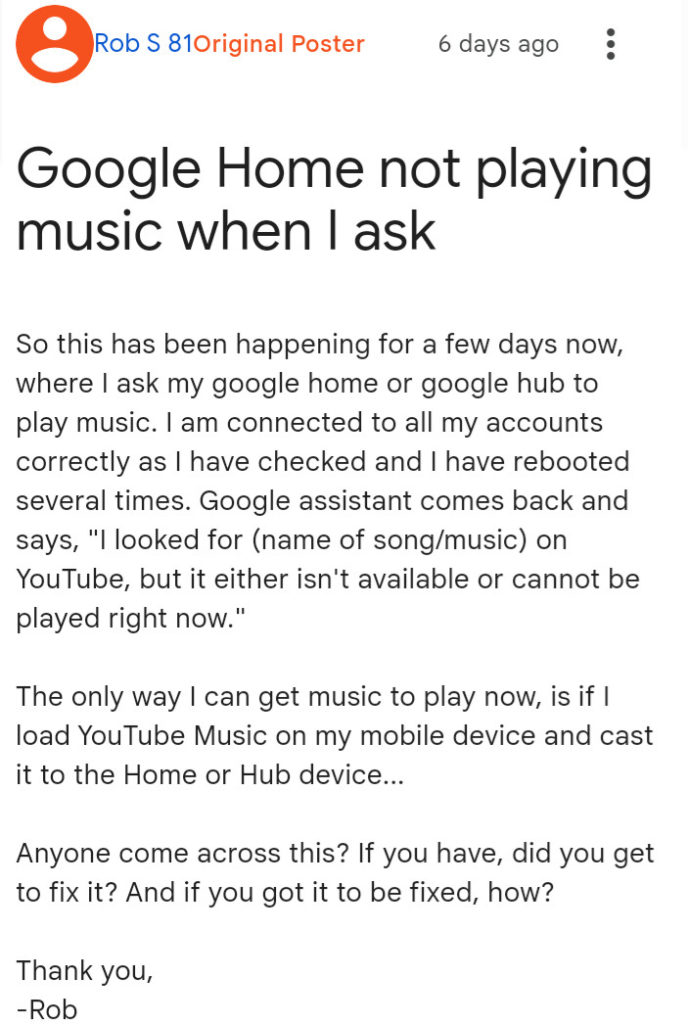 You can also check here (1,2,3) for more reports regarding the Google Nest or Home not playing YouTube Music issue.

Unfortunately, Google is yet to release any official statement regarding the Google Nest or Home not playing YouTube Music issue. We’ll keep monitoring the Google team for any update regarding the issue. As soon as we find anything worth sharing, you’ll be the first to know about it.