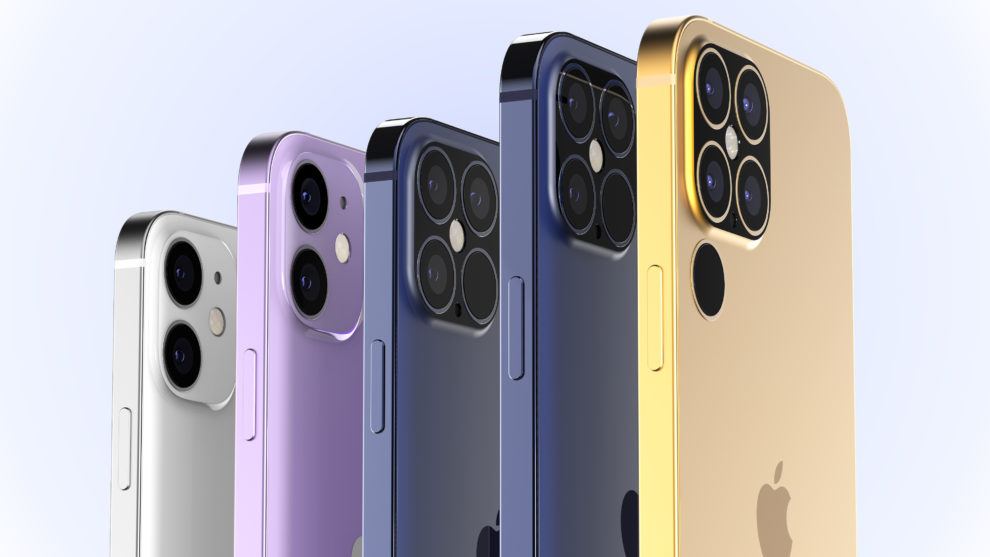 We are already getting closer to the release of Apple’s 2020 flagship smartphones, the iPhone 12 series. So far, we have heard a lot about what we should expect when the devices launch in the coming week. However, a new leak has now revealed the iPhone 12 colors, pricing, and availability. If you’d like to know more about what the new iPhone 12 series, including when its pre-orders will begin, you can check below for everything.

All thanks to a new leak by a Chinese leaker called Kang, we now have an idea of the colors, pricing, and storage options of the upcoming iPhone 12 smartphones. According to the popular Twitter leaker Ice Universe, the information is the most accurate so far. Furthermore, the leaker also mentioned that Kang’s information is always accurate, hence it should be taken seriously. 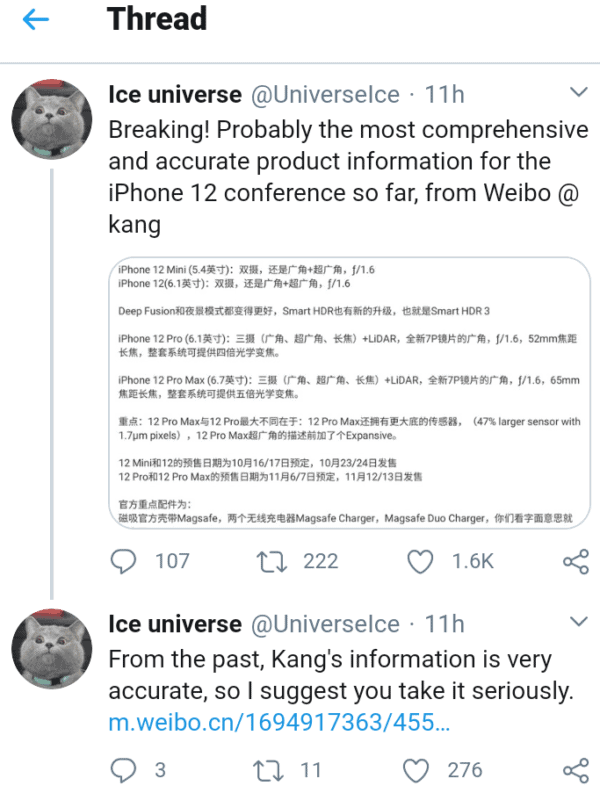 Speaking of the leak, Kang revealed via a post on Weibo that the new iPhone 12 will come in several colors, depending on their models. First, the leaker revealed that the 5.4-inch iPhone 12 mini and the 6.1-inch iPhone 12 will come in black, white, red, blue, and green colors. As for their storage options, Kang revealed that they’ll both come in three variants, including 64GB, 128GB, and 256GB. Furthermore, he added that the iPhone 12 models will come with two cameras, including a standard one, and an ultra-wide sensor – just like the previous releases.

As for the remaining two models, iPhone 12 Pro and Pro Max, Kang revealed that they’ll come in gold, silver, graphite, and blue colors. The leaker also revealed that they will come in three storage options, 128GB, 256GB, and 512GB. Furthermore, as for their camera specs, you can expect them to come with some improvements over the previous models, according to the leak. First, you need to expect the iPhone 12 Pro Max to come with a better camera than the iPhone 12 Pro. However, they’ll both feature three camera sensors. These will include the standard, ultra-wide, and telephoto lenses with LiDAR. The difference, as mentioned earlier, is that the iPhone 12 Pro Max will come with a 65mm focal length, while the other one will come with a 52mm focal length.

Apart from the storage options and colors of the new iPhone 12, the leak also revealed the pricing and when pre-orders will begin for the devices. As for the iPhone 12 mini and iPhone 12, they will sell at starting prices of $699 and $799, respectively. Speaking of the pre-order dates, that of the iPhone 12 mini will start on November 6, and the phone will be available for shipping on November 13. Pre-orders for the new iPhone 12 will start next week – October 16 to be precise. And you’ll likely be able to get your hands on them after a week.