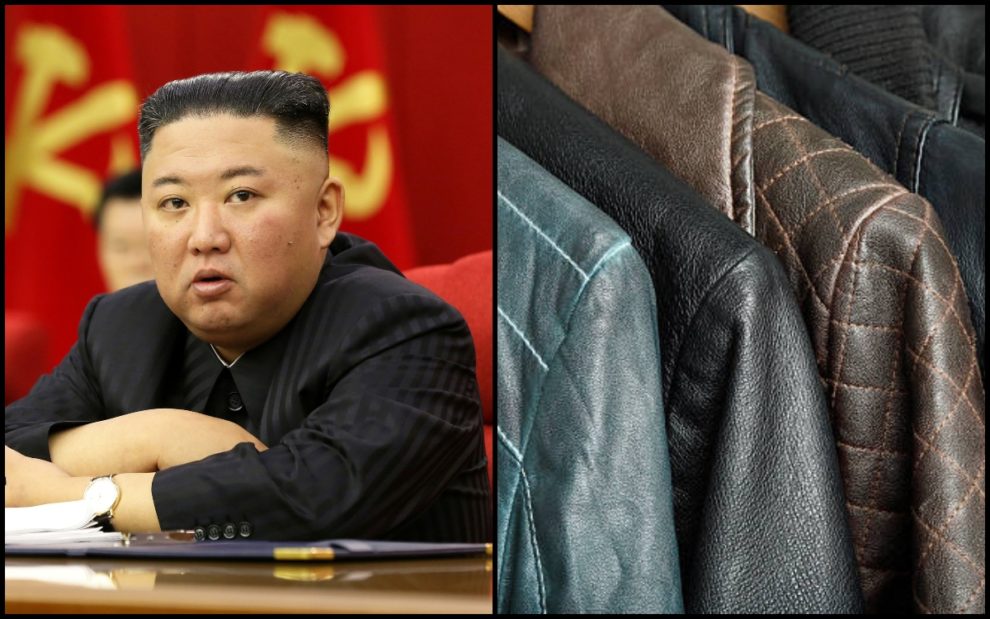 North Korea’s leader Kim Jong Un bans leather trench coats to stop the masses from imitating his fashion style, RFA reported. According to sources, it is not respectful for the citizens to copy their honorable leader’s style.

Leather coats gained popularity in 2019 after the North Korean leader wore one on his TV appearance.  Soon it became a trending fashion among the elite class so that they could exhibit their loyal sentiments for their Great Leader. However, to stop people from imitating their leader’s wardrobe collection fashion police started a crackdown on the buyers and sellers and took away their jackets.

“Young men protest, saying they bought the coats with their own money and there is no reason to take them away,” according to the source.

The leather coat was not only worn by Jong but his sister also made an appearance in that style after which it got more popular. According to a resident, leather coats have been popular among the citizens since the early 2000s when South Korean actor  Jang Dong-gun wore them.

There have been a couple of other incidents as well where the authorities have banned people from following certain trends. In 2017, male students were not allowed to keep their haircuts similar to that of their leader. They had to select from the approved hairstyles only.

Real leather is a costly item in North Korea and only rich entrepreneurs could afford it. The real leather coat costs around $34 while those made of synthetic leather are available for almost $16.

“Rich entrepreneurs are able to import the fabric for the coats by placing an order with state-run trading companies who have partially resumed maritime smuggling,” a source reported.