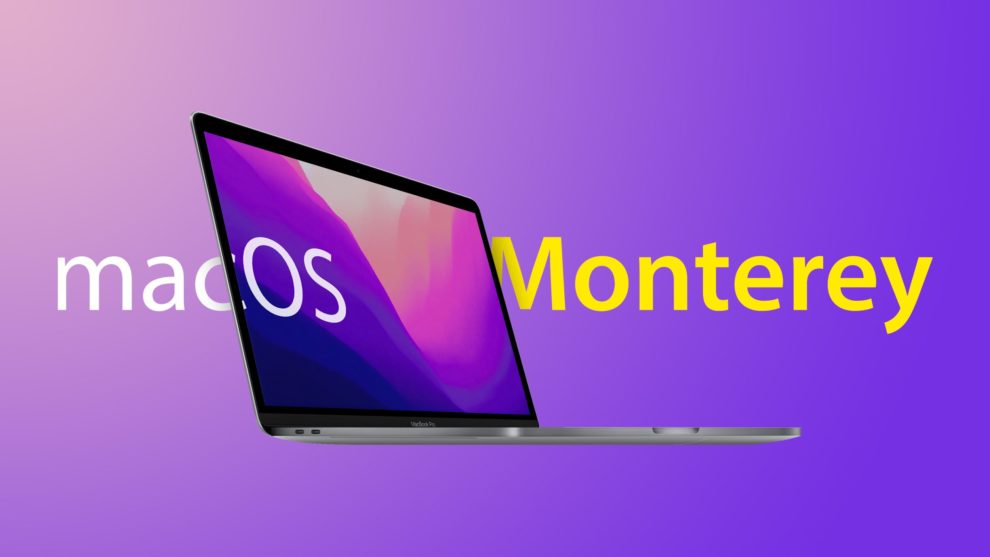 Back in October 2021, Apple released macOS Monterey but up till now, the operating system is continuously developing. The first beta of macOS v12.3 came out on January 27, 2022. Ever since its release, Apple has been making efforts to improve on the OS and roll out its stable version. On March 14, a new version of macOS v12.3 launched, introducing new features and fixes. Unfortunately, the update also came with a couple of issues. We’re saying this because the latest reports reveal that macOS 12.3 users are now complaining of some issues, where connections of external monitors via USB-C and HDMI are not working.

What exactly causes the USB-C and HDMI connection issues with macOS 12.3? Is there any official fix yet to address the issue? These are the frequently asked questions you’ll find answers to as you read through the rest of this post.

macOS issues – external monitors not connecting via USB-C and HDMI

As earlier mentioned, Apple released the latest version of macOS on March 14. This update comes with a lot of improvements and new features. For instance, macOS 12.3 includes Universal Control, a feature that allows you to use a single mouse and keyboard across your Mac and iPad. Apart from that, Spatial Audio in Music and new emoji. In addition, macOS 12.3 also introduces bug fixes, addressing several issues experienced with the previous macOS.

Unfortunately, this update also includes a couple of bugs. According to the latest reports, the new macOS 12.3 update includes some issues, which prevent users from connecting external monitors via USB-C and HDMI connectors.

On the Apple Support page, a user (Cyeoman06) reported that his external monitor stopped displaying an image via USB-C after updating to macOS 12.3. Adding to this, the user mentioned that the issue also surfaced after trying the HDMI connector.

Cyeoman06 also mentioned he tried a couple of troubleshooting steps, such as resetting SMC and downgrading the DisplayPort version to 2.0 from 4.0. Unfortunately, none of these generic solutions was effective to address the issue. 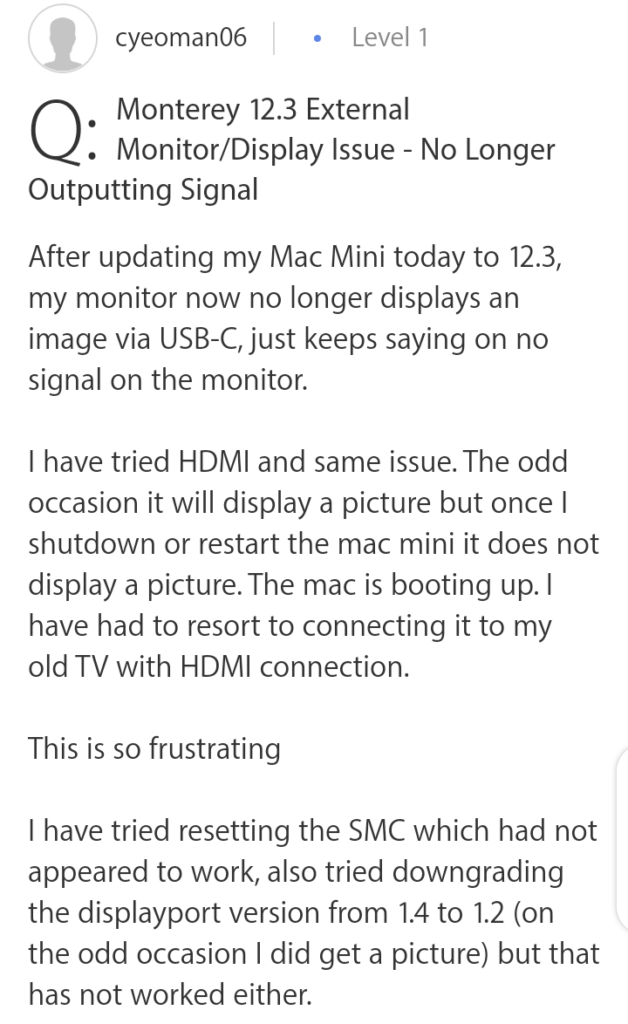 For now, there’s yet to be an official statement to acknowledge the issue. As such, there’s no fix yet to address the situation, where macOS 12.3 users cannot connect external monitors via HDMI and USB-C.

A user mentioned that downgrading the DisplayPort version from the default v1.4 to v1.2 was effective to address the issue for him. Don’t forget that Cyeoman06 earlier mentioned that this troubleshooting step didn’t work for him. You might try using the workaround and see if it works for you to address the issue temporarily until an official fix drops.