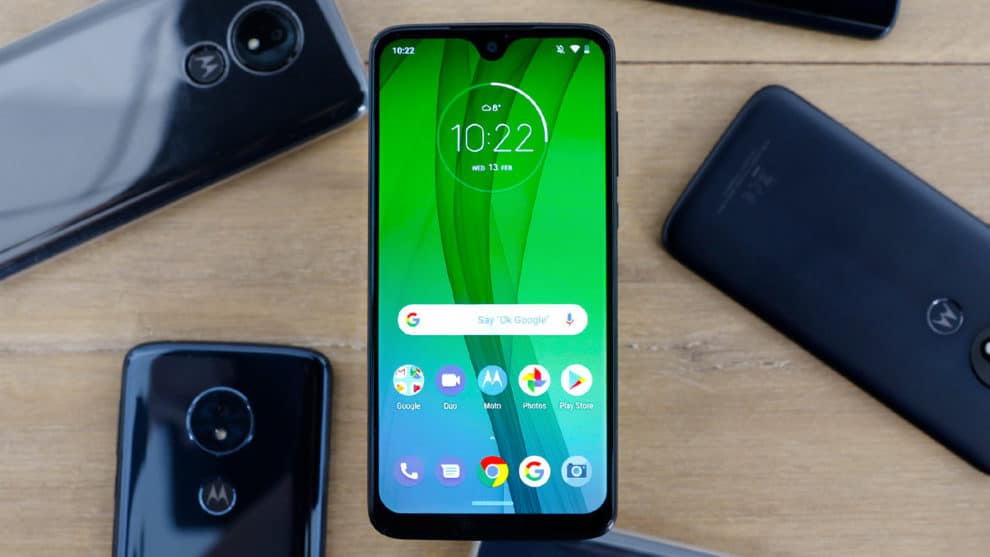 Motorola Moto G7, launched in February 2019, is one of the best Android smartphones last year. That’s because it came with lots of amazing features, including launching with Android 9 out-of-the-box. Now, it has been able to receive the Android 10 update. Although stable updates from Motorola don’t always come with issues, it looks like the current update introduced a few bugs. Some Moto G7 users have taken to various social media platforms, complaining of the issue of LTE failing to work on their devices. Furthermore, the users mentioned that the issue started after receiving the Android 10 update.

According to several reports online, Moto G7 users, especially those on Verizon and Sprint, have started complaining about the LTE issue.

They reported that the LTE feature failed to work on their devices, after installing the Android 10 update. As such, they’re only able to make use of the 3G internet, which is slow. Unfortunately, it looks like there’s no workaround for the Moto G7 LTE issue, experienced by the users so far.

Let’s have a quick look at some of the users’ complaints below:

According to a user on the company’s community forums, he explained that the LTE only showed up on his device for 5 seconds, before disappearing. Furthermore, the user mentioned that the Moto G7 LTE issue started after he updated to Android 10. Check out what the user posted about the issue below:

“I’m having the same problem. I have seen LTE once (about 5 seconds) since my phone updated to android 10 and even then it has an X through it before going back to 3G which is all I ever get any more. Cellular signal is also much worse as my house. I have updated my profile and you can look at my software.”

According to some other users, they also reported a similar issue on their Moto G7 devices. Here are a few screenshots of their reports below: 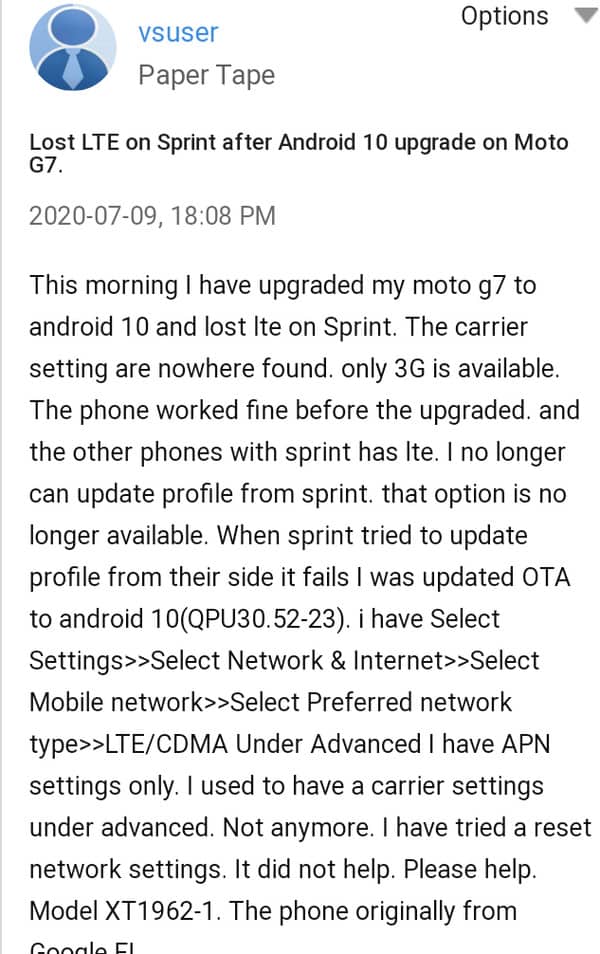 Any Response or Fix Yet?

So far, a Senior MotoAgent has been able to respond to the Moto G7 users’ complaints, regarding the LTE issue. He was able to acknowledge the issue. Here’s what the agent posted on the community forum:

“We apologize for what happened. We have already reported it and teams are still working on this. Thanks for the bug report @HerbRoleknotty @UncleZ_98, I have share it with the team. I will let everyone know if I have any updates regarding this. Thanks.”

So, in case you’re also experiencing the same issue, you might have to stop worrying about it. Looking at the agent’s response, it looks like the company is already working a fix to address the issues.

For now, it’s still unclear when the fix will be ready. However, we believe it should come pretty soon, as a lot of users are already affected by the annoying LTE issue.