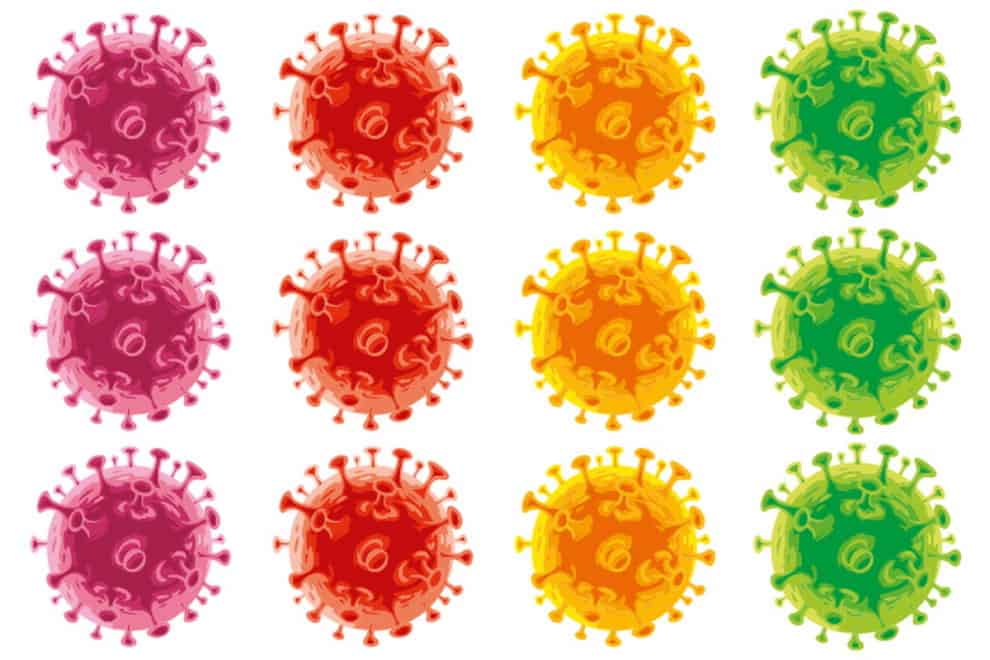 There is panic all over the world ever since the news broke that UK has found a new strain of coronavirus, trending as COVID-20. Countries have started banning flights from the UK after the news of mutation, the list of countries include France, Italy, Germany, Austria, Netherlands, Kuwait, Belgium, Turkey, Denmark, Israel, Ireland, Bulgaria, Latvia, El Salvador, Romania, Luxembourg, Czech Republic, Sweden, etc.

Saudi Arabia, Oman and Kuwait have suspended all international flights after the emergence of the new coronavirus strain aka COVID-20.

UK Prime Minister Boris Johnson chaired a Downing Street press conference on Monday evening to respond to the Covid-19 crisis and the identification of a new strain of coronavirus in Britain.

Below is the list of countries that have announced travel bans so far after COVID-20 (new coronavirus strain) – We will keep updating the list.

India has suspended flights from UK till December 31, 2020. The ban on flights from India to UK will start w.e.f. 23.59 hours, 22nd December 2020, and travelers returning from the UK will also be tested upon arrival.

Kuwait’s civil aviation authority announced via Twitter that it has added the United Kingdom to its high-risk list of countries on Sunday, meaning all flights from it are banned until further orders.

Oman to close the land, air, and sea borders of the Sultanate for a week, starting tomorrow after news of COVID-20

Saudi Arabia said on Sunday it has banned all flights from the UK and other countries where new strain coronavirus was found, through its land and seaports for at least a week, with the option to extend for a further week.

Passengers who arrived in Saudi Arabia from the UK or any other country where COVID-20 was detected — starting December 8 will be required to self-isolate for two weeks, and undergo testing.

The government of France announced “All flows of people from the United Kingdom to France are suspended from midnight tonight, for 48 hours, and for all means of transport” due to the new COVID-20 strain.

France blocks lorry movements from the UK for 48 hours due to the new COVID-20 strain alarm.

Christmas fresh food supplies could be seriously disrupted as freight traffic from the UK to France is halted, the Food and Drink Federation has warned.

Germany has barred all air links with the UK from Sunday night. The ban will remain in effect until December 31, 2020, Health Minister Jens Spahn told ARD public television.

Cargo flights are exempted from this ban.

The new COVID-20 strain has been found in one person in Italy who recently traveled from Britain, the health ministry told.

Dublin said in a statement that all flights arriving from UK from midnight Sunday would be banned for at least 48 hours.

Turkey has banned flights from Denmark, UK, and the Netherlands— due to the new COVID-20.

Canada has banned all flights from the UK for 72 hours after the emergence of the new coronavirus strain, Prime Minister Justin Trudeau announced.

In a tweet, he said those who had already arrived from the UK on Sunday would be subject to secondary screenings and “advanced measures”.

Israel also said it was banning flights from Britain, Denmark and South Africa because those were the countries where the mutation is found.

Israel plans to ban all international flights as the new COVID-19 strain hits UK. Cabinet ministers were set to vote Monday on a proposal that would seek to shut down Israel’s skies to air travel to and from the country in an attempt to prevent the spread of a new variant aka COVID-20.

In related news, for the first time in Israel, a man dies in a second COVID-19 infection. The Sheba Hospital near Tel Aviv confirmed that the 74-year-old contracted a mutated corona variant when he was newly diagnosed.

All passenger flights from the UK to the Netherlands have been barred until January 1, the Dutch government reportedly said. One case of the new coronavirus strain has been found in the country, the health ministry said.

The country, which has a large number of people in the UK, also said that flights from Britain were being banned from midnight.

While most European countries are banning flights from the UK, Poland has taken a slightly different approach: it will ban them from midnight, but until then it’s actually… adding new flights & sending the biggest planes in their fleet to bring back as many people as possible.

Flights from the UK will not be allowed to land in Finland for two weeks starting Monday. The Director of the Finnish Transport and Communications Agency (Traficom), Kirsi Karlamaa, announced late Sunday that air traffic would be suspended until January 4.

Switzerland has also banned flights from the UK and other countries that have discovered a new strain aka COVID-20. Switzerland orders all Brits who have arrived in the country since December 14 to go into immediate quarantine over coronavirus variant found in the UK. If anyone who doesn’t obey the rules will be fined up to 10,000 Swiss francs.

All Baltic states — Estonia, Latvia and Lithuania — have suspended all passenger flights from the UK. Lithuania will still allow flights to depart for the UK, while Estonia and Latvia have halted those as well.

Latvia announced it will not be permitting the operation of passenger carriers to or from the United Kingdom from 21 December at 00:00 until 1 January,

El Salvador joins the growing list of countries banning the UK because of the new COVID-20.

The President of El Salvador said that anyone who had been in UK or South Africa in the past 30 days would not be allowed to enter his country.

Argentina also banned UK flights. The country announced that the last flight from Britain would arrive on Monday.

Morocco has banned all flights to the UK from Sunday.

Bulgaria announced that flights to and from UK would be suspended from midnight Sunday until January 31.

Romania has suspended all flights to and from the UK for 14 days, beginning on Monday afternoon.

Croatia’s Prime Minister Andrej Plenkovic announced that his country would temporarily suspend passenger air traffic from the UK for 48 hours.

Hong Kong was the first country in Asia to ban all flights arriving from the United Kingdom from midnight local time on Monday, India later followed and banned the flights from the UK too.

The Norwegian health ministry announced flights from the UK to Norway will be suspended with immediate effect for a minimum of 2 days due to the discovery of a new strain of coronavirus.

Russia has also announced that it is banning flights to and from the UK for a whole week over concerns of the new coronavirus strain aka COVID-20.

Jordan also banned flights to and from UK until January 3 after a new strain of coronavirus was found in the country.

All flights and train travel from the UK to Belgium will be suspended for at least 24 hours from midnight Sunday, Prime Minister Alexander De Croo announced on a local TV channel.

Sweden is also preparing to join a growing list of countries to ban flights from the UK over concerns of a new coronavirus strain, the Swedish government said on Sunday.

Tunisia is the latest country to BAN flights to and from the UK citing the surge in coronavirus and the new strain of the COVID-19. The country has also banned air travel from Australia and South Africa over concerns of the new virus.

Spain announces a ban on all entries from UK except for Spanish citizens & residents; will be coordinated with neighboring Portugal who announced a similar policy

According to AFP, Spain will begin on Tuesday to only allow Spanish nationals or residents in Spain to enter the country from UK.

European Union imposes a travel ban on the UK until midnight tomorrow after a list of countries did the same due to new strain of coronavirus.

Pakistan suspends all travel from UK — residents or those who have been in the UK over the past 10 days are not allowed in Pakistan, says the aviation ministry. However, Pakistanis in the UK on visas will be allowed to return to the country.

President of Colombia announced, starting Monday, all flights to and from UK will be barred. People who have been in the UK for the past 14 days will be required to self-quarantine upon arrival in Colombia, the President said.

Grenada has banned flights from and to UK until further notice. Anyone who have traveled and stayed in UK for the past 14 days will not be allowed to enter the country.

North Macedonia has announced to stop all flights from Britain indefinitely.

Peruvian President Francisco Sagasti announced a ban on flights coming from UK for 14 days. Foreigners who have been in UK from the past 2 weeks will not allowed in Peru.

List of the Countries that announced a ban on flights or travelers from the UK – Updated December 22, 2020.