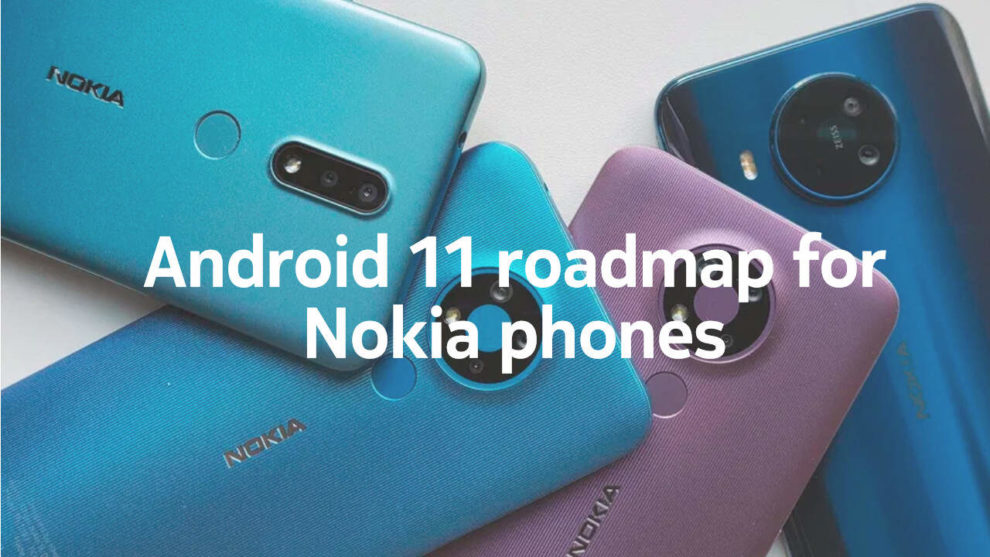 It’s no more news that the latest Android 11 operating system has been released. However, in case you’re unaware of it, Google rolled out the stable update to the public on September 8, 2020. Interestingly, the new operating system brings several great features, including chat bubbles, screen recording, improved media controls, and many more. Furthermore, Google has rolled out the new Android 11 operating system to its eligible devices. Apart from that, other Android OEMs have also started announcing their plans to push out the new operating system to their eligible devices. Surely, you’ll agree with us that HMD Global is known for its great software support and quick roll-out approach. According to the latest report, the company has now released its Android 11 upgrade roadmap, confirming the eligible Nokia phones that’ll pick up the new update and when they should expect it.

In case you’re a Nokia phone user, and wondering whether your device will be eligible for Android 11, here’s what we know about it below.

As mentioned earlier, HMD Global has now released, in its official Android 11 roadmap, the list of eligible Nokia phones/devices to receive the new update. Furthermore, in the press release, the company mentioned that Nokia phones have received a total of 1000 updates in the last 3 years. Here’s what the company posted on its Twitter account regarding the Android 11 update below:

“We’re very excited to announce our #Android11 upgrade roadmap! Partying face. We’ve released over 1,000 updates in the past 3 years as part of our Pure, Secure, and Up-To-Date pledge, keeping your device safe and protected with the latest Android releases. Here’s to the next 1000.”

According to the release, the company only has plans to update 14 Nokia phones to Android 11. You can check below to see whether your device is eligible to receive the new operating system.

According to HMD Global’s plan to roll out the Android 11 update to the above-listed phones, the Nokia 8.3 5G, Nokia 2.2, Nokia 5.3, and Nokia 8.1, will be the first to receive the new operating system. The company further added that users of the devices can expect the update to start rolling in Q4 of 2020. 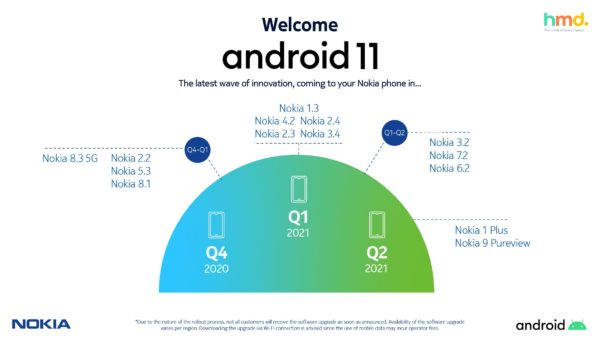