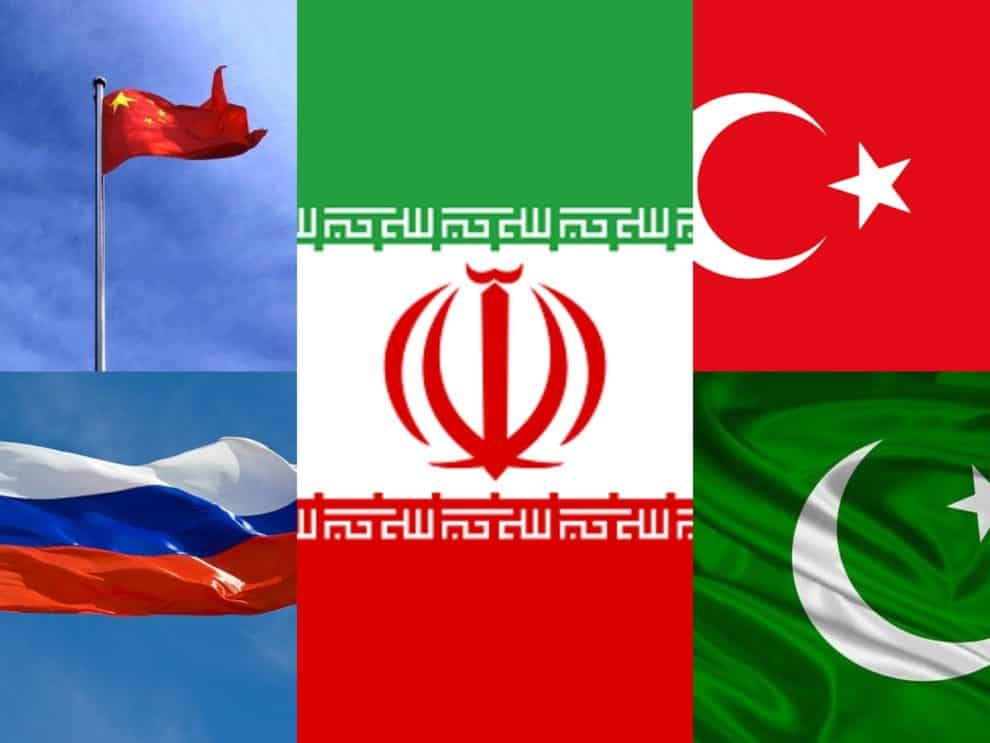 Reports circulating on international media indicate that there is an emerging alliance between the states of Russia, China, Pakistan, Iran and Turkey. A tweet sheds light on the reasons behind this emerging alliance, it states, “According to Russian defense analyst Michael Boris, due to the policies of the Indian Prime Minister, a mutual alliance of Russia, China, Pakistan, Iran and Turkey is emerging in Asia and India is becoming isolated in its neighboring countries.”

This theory was further cemented by Michail Boris‘ tweet, he writes, “Modi’s racist policy and Emergence of Asia’s mutual alliance of Russia, China, Pakistan, Iran & Turkey:- Due to Modi’s racist policy India is alone among its neighbors. Its traditional rival Pakistan is getting stronger day by day. China will do everything for its CPEC. “ It does seem like Modi’s recent enaction of racist policies is serving to strengthen the alliance between Russia, China and Pakistan.

This alliance was initiated by an Iranian envoy. The envoy proposed an alliance of 5 states – Turkey, Pakistan, Iran, Russia and China. The purpose of this alliance is to strengthen cooperation in order to resolve the issues in the region. Iran’s Ambassador to Pakistan, Seyyed Mohammad Ali Hosseini in a lecture at the Islamabad Strategic Studies Institute (ISSI) said, “Countries like Iran, Pakistan, Turkey, Russia and China have the potential to form a new alliance for better future of the region.” Moreover, this alliance will boost the economy of all states involved.

Regarding the alliance between Pakistan and Iran, Hosseini commented, “a political and economic intergovernmental organization of Iran, Pakistan, and Turkey — can play its role in the economic development. ECO provides an appropriate opportunity for Iran-Pakistan to coordinate their policies in line with economic growth and render necessary ground to facilitate economic activities and encourage investment and trade and remove transit hurdles between the two countries.”

This alliance is a result of shifting loyalties worldwide. All states seem to be moving closer to China in order to secure better diplomatic relations. This is because the United States has continued to impose difficult economic sanctions on Russia and Iran, thereby adversely affecting their economies and currencies. United States has also publicly called out Pakistan for harboring and housing UN-designated terrorists.  The US and Turkey are allies because they are both members of NATO. However, recently Turkey appears to have drifted away from the United States. It has even signed a deal with Russia to buy the S-400 missile systems.

The Iranian ambassador further elaborated that this alliance would have huge economic benefits since Pakistan’s Gwadar Port and Iran’s Chabahar Ports complement each other. There are also plans to establish a rail network connecting Gwadar and Chabahar and create a route to Europe and Central Asia through Iran. The deal will bring significant developments to Pakistan.

Russia vows ‘most serious consequences’ if US ignores its concerns