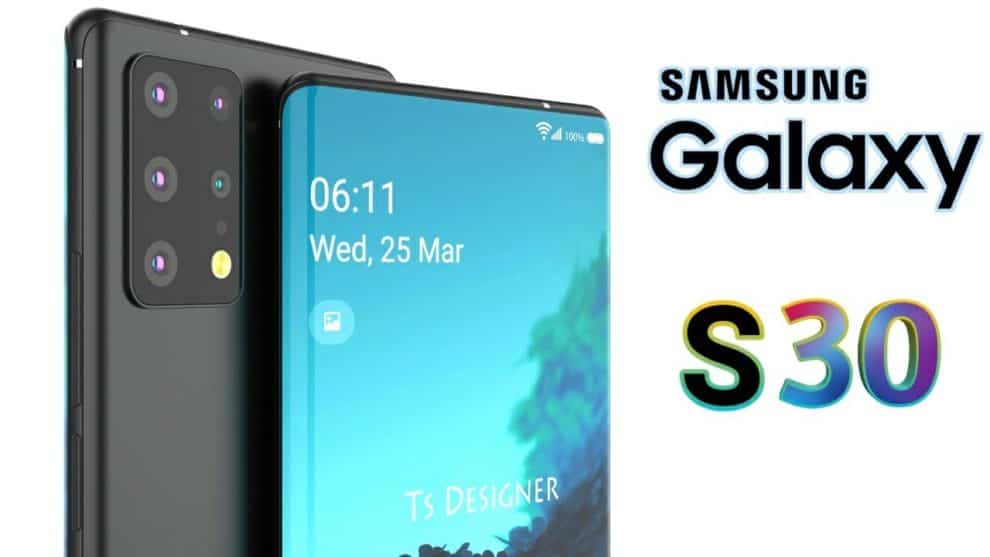 Samsung released the Galaxy S20 series only a few months ago. But some users are already anticipating the upcoming Galaxy S30 phone. Probably, that could be because of the slight let-down that came with the current series. One such is the early bugs that users keep experiencing, despite the high cost of purchasing their devices. While it’s still early to start talking about Galaxy S30, there have been a couple of leaks and rumors as to how the upcoming Samsung device will look like. Apart from that, we also have our wishlist for the upcoming flagship devices.

Talking about the early leaks of the upcoming Galaxy S30 series, it looks like the giant tech company will be introducing a unique camera system and a truly full-screen smartphone.

In this article, we’ll be showing you everything that you should expect from Samsung’s 2021 flagship, and what’s on our wishlist. 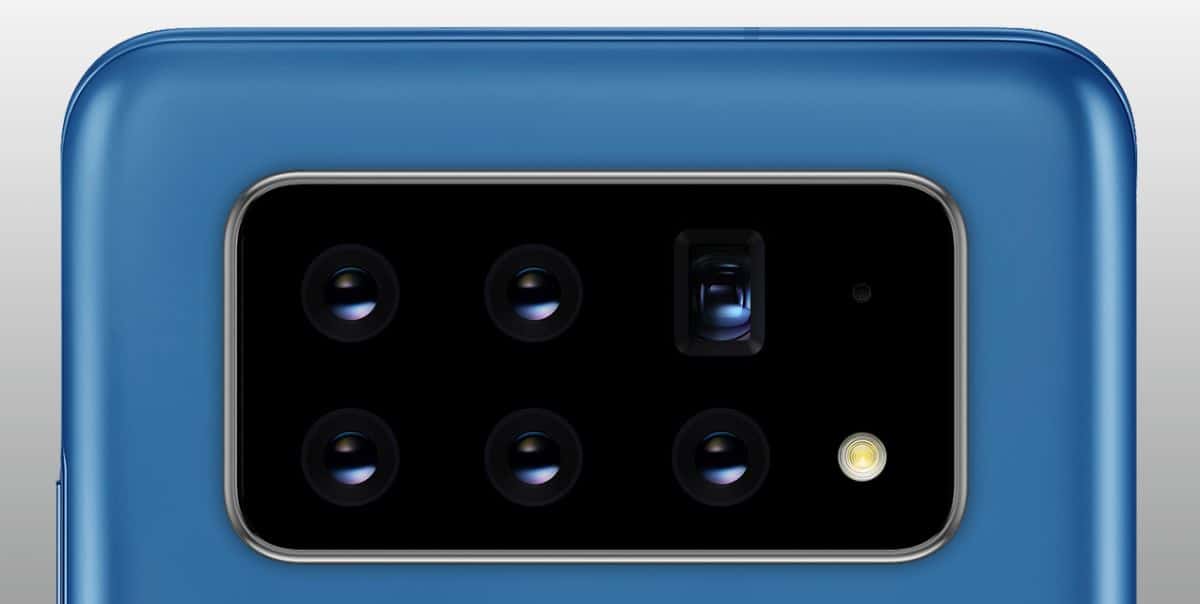 Samsung has traditionally refreshed the Galaxy S series in the February-March period. The Korean company will likely stick to its release cycle for the Galaxy S30. Samsung hasn’t shared a specific release date yet, but it holds an Unpacked event to show off the hardware in February. This year’s Galaxy S20 series was unveiled on February 11 and went on sale a few weeks later on March 6th.

Right before the Galaxy S30 unveiling, Samsung could launch an affordable Galaxy S20 Lite, which has been rumored for a while. Earlier this year, the company launched the Galaxy S10 Lite just a month before officially announcing the Galaxy S20 series. Korean publication ETNews reports that Samsung is going to have a busy time between August 2020 and February 2021 – Galaxy Note 20, Galaxy Fold 2, Galaxy Z Flip, Galaxy S20 Lite, and Galaxy S30 series.

It’s also worth noting that anything can happen as a result of the ongoing coronavirus pandemic.

We can only make some pretty close guesses for now, as there’s no official release or leaks for the price of the upcoming flagships. The Korean company is unlikely to bump up the Galaxy S30 prices next year. This year’s Galaxy S20 series received a lukewarm response from consumers primarily due to its price. Premium smartphones have become unaffordable for most people. Given the poor sales of Galaxy S20, Samsung shouldn’t make the same mistake with the Galaxy S30.

Using the price of this year’s flagship as a yardstick for the upcoming one, we might be seeing a starting price of $999 / £899 / AU$1,499 for the basic model. In the case of the Samsung Galaxy S30 Plus and Ultra models, they’ll surely go for higher prices.

The patent, which Samsung applied for late last year, imagines that one of Samsung’s flagships will likely come with a new camera system, featuring a six-camera array. Five of the six rear camera sensors will be wide-angle cameras, while the last one will be a telephoto camera sensor. Interestingly, each of the lenses will be able to tilt independently, pointing towards different directions. The advantage of that is it’ll help to optimize the camera for higher-quality images and a broader range of scenarios.

So far, we only know a few things about this sensor, and one of them is that it has a footprint of 1 inch. Apart from that, it’ll make use of similar Nano cell technology as that of the current flagship series.

According to the popular Twitter leaker Ice Universe, Samsung will continue to develop high-pixel sensors. Here’s what the leaker posted a few months ago:

“The person in charge of Samsung’s sensor business said: Samsung will continue to develop high-pixel sensors and will develop 600 MP sensors in the future, exceeding the limits of the human eye.”

If this is anything to go by, we might want to believe that the claims that the 2021 flagships will likely come with a 150MP camera sensor are true.

No Time of Flight (ToF) sensor in Galaxy S30

Apple’s LiDAR technology uses a ‘direct’ ToF system. But Samsung uses the ‘indirect’ ToF. Neither Apple nor Samsung makes their own Time of Flight sensors. They both source the sensor from Sony. Apple has signed an “exclusive” deal with Sony for the ‘direct’ sensors. So, Samsung and other smartphone vendors have to use the ‘indirect’ one.

The iPhone cameras can measure distances of up to six meters compared to just three meters for Samsung phones. If Samsung wants to compete with the iPhone, the Galaxy S30 series has to be at least as good as the flagship iPhones.

Galaxy S30 to ship without charger

Most companies have already stopped shipping headphones with their smartphones. The charger could be the next victim of their brutality. Apple is reportedly planning to ship this year’s iPhone 12 without a charger. Now ETNews has learned from industry officials that Samsung could also ship next year’s Galaxy S30 without the charger. It will be frustrating for users. But Samsung has its own reasons for this.

Most smartphone users already have a USB-C charger at home. So, shipping a new charger with every single handset makes little sense. Ditching the charger will also reduce the cost of the phones. Chargers don’t cost much but hey, $1,191 is cheaper than $1,199. Another reason is that it will reduce the electronic waste, which has become a challenge for many countries.

But what about the user’s problems? Let’s say the user already has a USB-C charger. How will he take advantage of the superfast charging when charging speeds vary between different manufacturers? The company could end up angering a lot of customers.

According to reports, Samsung has been working on a new design – full-screen phone – for almost a year now. It’s likely that the new design will become a reality when the upcoming Samsung Galaxy S30 flagships launch next year.

The idea to remove the punch holes feature from the front of its future devices and making it invisible started in March 2019. Apart from making it invisible, the giant company also has plans to convert the feature to a speaker display. What we’re yet to know is whether or not that will be possible before the release of the Samsung Galaxy S30 flagships early next year.

Although the current Samsung S20 series came with a lot of amazing features, there are many other features that are missing out on it. As such, it’ll only be fair if Samsung can introduce these features on the upcoming Galaxy S30 series.

Here are a few of what we are expecting on the upcoming Samsung flagship devices:

No doubt, the prices of the current S20 flagship series are way more expensive compared to the previous series.

To remain in competition with other top brands like Apple, whose iPhone 11 sells at a starting price of $699, Samsung needs to rethink and make at least one of the devices in the upcoming series more affordable for the masses.

One of the things we would like to see when the upcoming Samsung Galaxy S30 series launches next year is a new look. Apart from Samsung switching a bezel for a punch-hole design, there’s really nothing much that has changed so far.

So, it’ll be nice if the company can come up with a better design for the upcoming flagship. Perhaps, it needs to introduce the full-screen design that we talked about earlier.

No doubt, the Samsung Galaxy S20 series has a smooth refresh rate of 120 Hz. However, to have both the 120Hz refresh rate and a QHD+ screen resolution at the same time always seems impossible.

While there are rumors that the restriction will be removed by Samsung with a software update, it’ll be interesting if the restriction doesn’t even come at all with the upcoming flagships.

Unarguably, the in-screen scanner that came with the Galaxy S20 series is good. However, it’s not as reliable as the high-quality physical fingerprint scanners that we have around us.

So, it’ll be appreciated if Samsung can come with a more improved scanner for the upcoming Samsung Galaxy S30 series.

This article was updated on 17 August 2020 with the latest information.