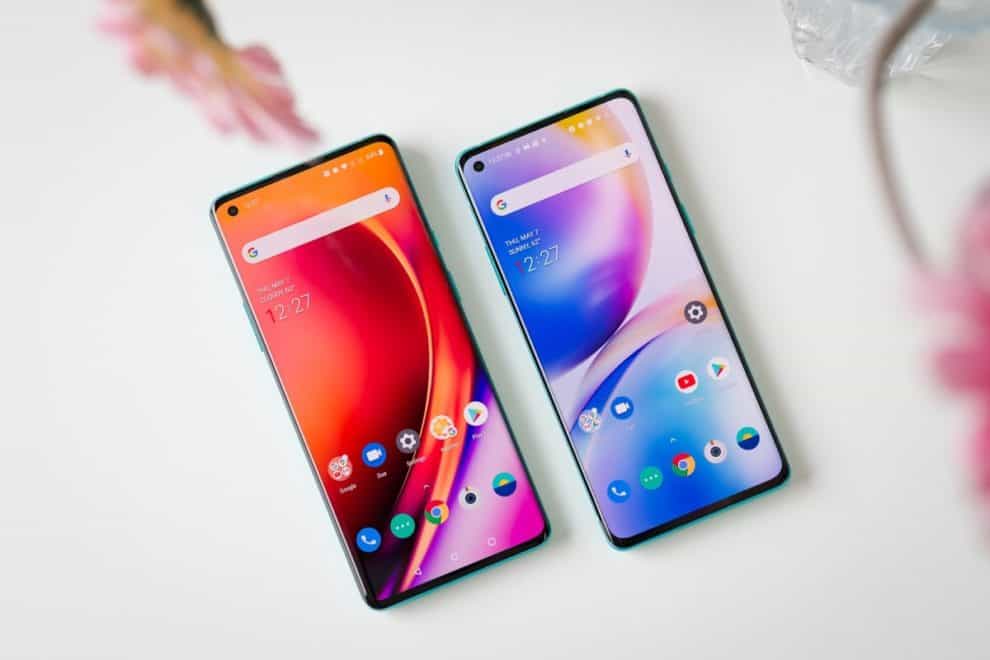 OnePlus officially released the OnePlus 8 series on April 24, 2020. Interestingly, the devices launch with a host of great features, including supporting the 5G NR (New Radio) on various networks, including Sprint. Ever since the release of the series, Sprint has been rolling out updates to improve the user’s experience. Recently, the company was able to roll out the September update to its supported devices, including the OnePlus 8 series. However, the update introduced a few issues on many of the devices. Speaking of the devices affected by the new update, one of them is the Sprint OnePlus 8. According to several reports across various social media platforms, many users of the device are now complaining about a new call dropping issue.

Several Sprint OnePlus 8 users have now taken to various social media platforms, including Reddit, to report a call dropping issue. According to the affected users, they revealed that the problem started after receiving the latest update for September. Let’s have a quick look at some of the complaints regarding the call dropping issue below.

According to IPCTech, the Reddit user mentioned that, he’s unable to call out on his Sprint OnePlus 8 smartphone. Furthermore, the user added that the call dropping issue started after updating to the recent software update. Also, the user revealed that the status appears in the call details section as “Unconnected”.

According to another Sprint OnePlus 8 user, who also experienced the call dropping issue, the Redditor revealed that the problem started after performing a profile update. Additionally, the user mentioned that there’s absolutely nothing wrong with the 5G data as it works fine. Furthermore, the user mentioned that the only workaround for the issue is to reset the network settings. However, that causes the device’s network to switch from 5G VoLTE to LTE. Here’s a brief of what the Redditor said regarding the issue below:

“TLDR; VoLTE seems to not be working, can’t call anyone when I do profile update and am on 5G / VoLTE. 1X calls work. Ideas?”

According to a Redditor, other Sprint devices that are affected by the new update include Samsung Galaxy Note 20 Ultra 5G, Galaxy S20 Ultra 5G, and Galaxy S20+ 5G. And they face various problems, including the call dropping issue, inconsistent 5G data, inability to receive calls, and even SMS. Furthermore, the Redditor mentioned that the information came from T-Mobile Technical Support. Well, in case you don’t know, Sprint is now a part of T-Mobile.

Has Sprint Addressed The Issue?

According to a release on the Sprint community page, the network company has now published an official statement regarding the current situation. Speaking of that, Sprint was able to acknowledge the call dropping issue, which started after rolling out the latest update, version 10.5.20.IN55CB.

Also, Sprint mentioned that it has started working on a fix to address the issue for the affected OnePlus 8 users. Here’s a brief of what the company said regarding that below: 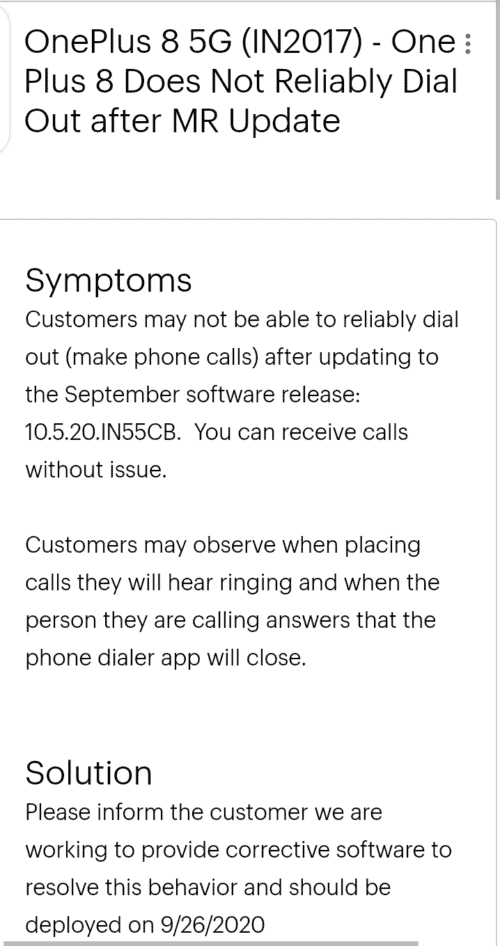 Furthermore, the company also urged affected users to stay away from factory resetting their devices. Instead, they should wait until September 26, 2020, for the fix.