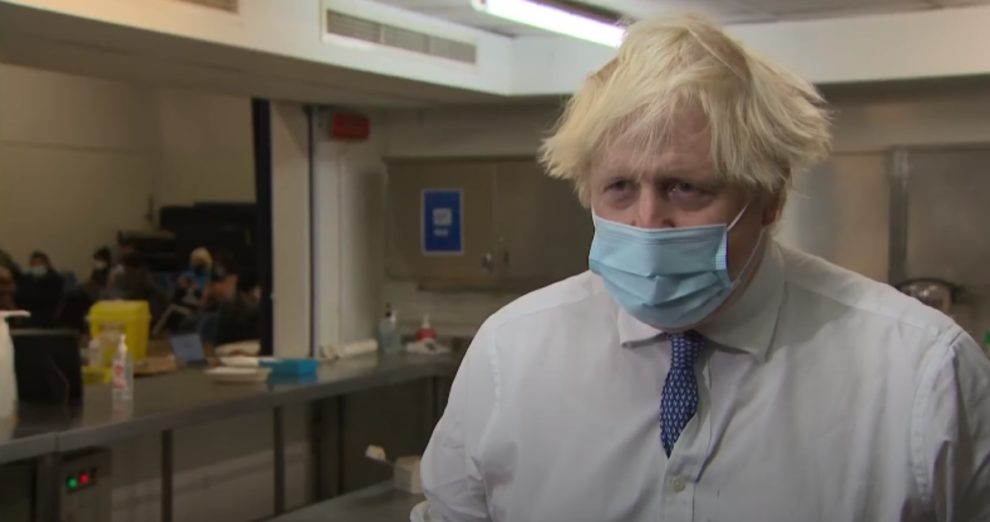 Even as the country’s coronavirus alert level was raised to four due to the spread of the super mutant strain of the lethal virus, UK Prime Minister Boris Johnson warned of a ‘tidal wave’ of Covid’s Omicron variant.

Level four indicates a high or rising level of transmission; the UK was last at this level in May.

Declaring a “Omicron emergency,” Johnson also set a new booster target: third doses will be available to everyone over the age of 18 in England starting this week, three months after their second dose, according to the BBC.

“No one should be in any doubt, there is a tidal wave of Omicron coming,” Boris Johnson said on Sunday.

People have been told to work from home “if they can” starting Monday as part of the UK government’s Plan B measures.

“It is now clear that two doses of vaccine are simply not enough to give the level of protection we all need. But the good news is that our scientists are confident that with a third dose, a booster dose, we can all bring our level of protection back up.”

“At this point our scientists cannot say that Omicron is less severe.

“And even if that proved to be true, we already know it is so much more transmissible that a wave of Omicron through a population that was not boosted would risk a level of hospitalisation that could overwhelm our NHS and lead sadly to very many deaths.”

Johnson noted that in order to meet the new jab target, some other medical appointments would have to be pushed back to the New Year. According to the report, some general practitioners are already permitted to postpone routine health checks in order to make room for vaccinations.

Meanwhile, Health Secretary Sajid Javid confirmed on Monday that ten people in England are being treated for Omicron, with no deaths confirmed.

However, he told BBC Breakfast that the variant was responsible for 40% of all Covid cases in London, and that it was spreading at a “phenomenal rate.”

When asked if the new measures were excessive, Javid said it was critical to act now because of the lag in hospitalizations and deaths that occurs after an increase in cases – even if Omicron turns out to be milder than other variants.

According to preliminary data, receiving a third booster dose provides an individual with 70-75 percent protection against symptomatic Omicron infection.

On Saturday, more than 500,000 booster shots and third doses were administered in the United Kingdom.

On Sunday, 1,239 new cases of Omicron were reported in the United Kingdom, bringing the total number of Omicron cases in the country to over 3,000. According to the report, the true figure is much higher.