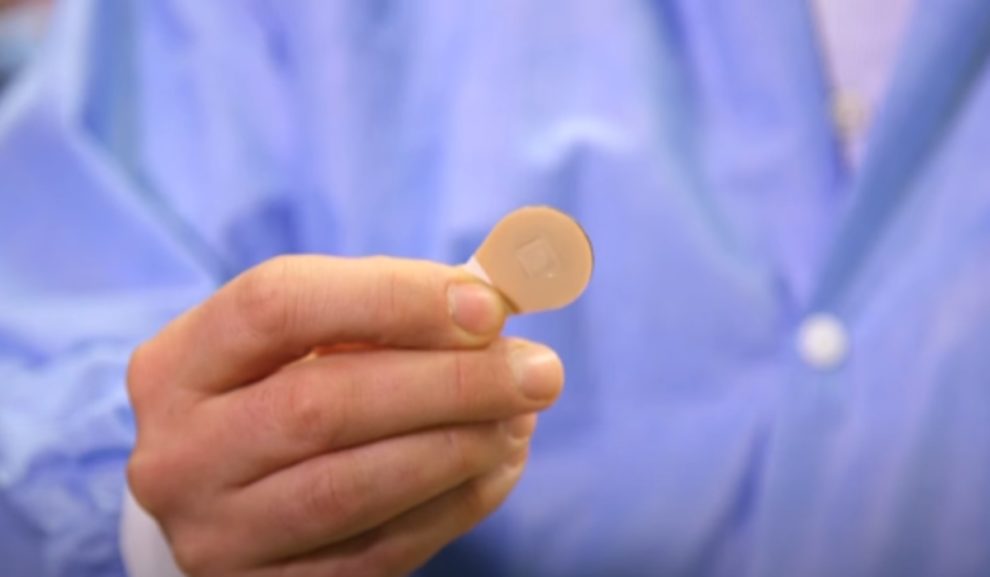 According to media reports, a UK-based company will soon begin clinical trials of an easy-to-apply skin patch against Covid-19.

While Covid vaccines target antibody responses, which stick to the virus and prevent it from infecting cells, Emergex’s vaccine uses T-cells to detect and kill infected cells, preventing viral replication and disease, according to the Guardian.

The vaccine will be given as a skin patch the size of a thumbnail bristled with micro-needles that will release the shot in seconds. It can be stored at room temperature for up to three months, unlike other vaccines that must be stored in the freezer or refrigerator.

According to the report, the skin patch is made up of tiny gold particles coated in peptides (protein bits) that are designed to stimulate the body’s T-cell response.

Other Covid vaccines developed by Pfizer and AstraZeneca elicit a T-cell response, albeit to a lesser degree.

However, Emergex’s vaccine works in a different way. It kills infected cells quickly, which means it may provide longer-lasting immunity (possibly for decades) and may be better at fighting virus mutations, according to Robin Cohen, the firm’s chief commercial officer.

The Swiss drug regulator has given Emergex permission to conduct the first human trial in Lausanne. The trial will begin on January 3 with 26 people receiving a high and low dose of its experimental Covid-19 vaccine. The trial’s preliminary findings are expected in June. The Emergex shot, on the other hand, will not be available until at least 2025, according to the report.

“This is the first time a regulator has approved a Covid vaccine to go into clinical trials whose sole purpose is to generate a targeted T-cell response in the absence of an antibody response and those T-cells look for infected cells and kill them,” Cohen said.

“The virus is the asteroid: it fires into the planet and a viral code, a signature for that virus, is rapidly displayed all over the surface. These signatures are read by T-cells as foreign, and the T-cells kill the cell before it can produce new live viruses,” he explained.

According to Danny Altmann, an immunology professor at Imperial College London, a T-cell vaccine may not “do the job on its own,” but it could supplement current vaccines as boosters because T-cell vaccines may be more resistant to virus mutations.

“Antibodies are very sensitive to mutations while T-cells can see many other parts of the virus. Maybe that’s a selling point for T-cell vaccines,” Altmann was quoted as saying.

In a separate Swiss trial, Emergex is also testing another T-cell vaccine against dengue fever on humans, with preliminary results expected in January. The company also intends to use its T-cell vaccines to combat influenza, Zika, Ebola, and other infections.