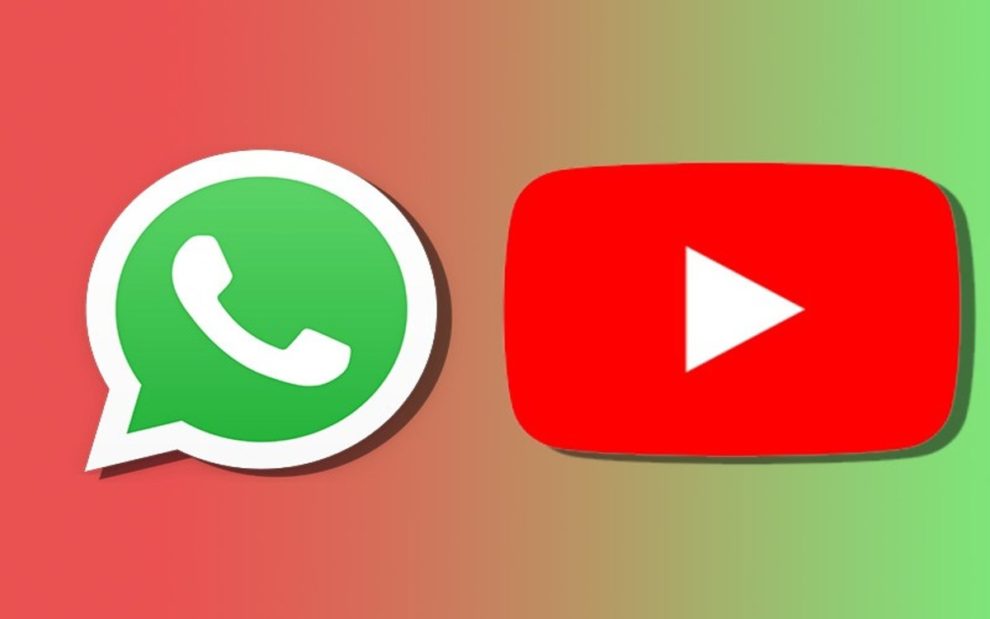 According to latest reports, the YouTube link preview does not seem to be showing on WhatsApp. Users report that YouTube link preview is also not working for other similar applications. Link previews are an important feature since they allow users to sneak a peek into the kind of content that the link contains. Since links do not convey much information, link previews give users a teaser for what the link has in store. Reports suggest that this feature is not working for WhatsApp, when users attach a link in a conversation, no preview is visible.

One user reported, “I copied my YouTube video link and pasted on text but no preview shows up! I tried pasting the URL of my YouTube video on Whatsapp and Facebook but no meta description or thumbnail shows up for any of my videos.” The comments box underneath shows that a large number of users are experiencing the same issue.

Many affected users thought that they had mistakenly turned off any setting or chosen a wrong setting. However, the YouTube link preview missing seems to be caused by bug. Reports suggest that the issue is not being caused by YouTube itself but the message application. This bug is being experienced by Android and iOS users alike. The problem seems to be foreign for YouTube as the link preview has always been present for other applications.

A bad update for WhatsApp

A user reported, “It is not a setting or anything you have to change. It is a bug in the messaging application that occurs on both Android and iOS and has nothing to do with YouTube. The problem is foreign to YouTube and is beyond the scope of this forum, and from what it seems, it will be resolved in future updates of the messaging application, so always check that you have the latest version installed.”

For many WhatsApp users, the new update has made YouTube preview links visible again. However, since updates get released at different times for different phones. Some users may continually be affected by the bug.

Dec 14 UPDATE: A user on Google’s support forum has added a temporary fix for the issue:

After I shared a link with ?t=1 at the end, the problem no longer occurred. 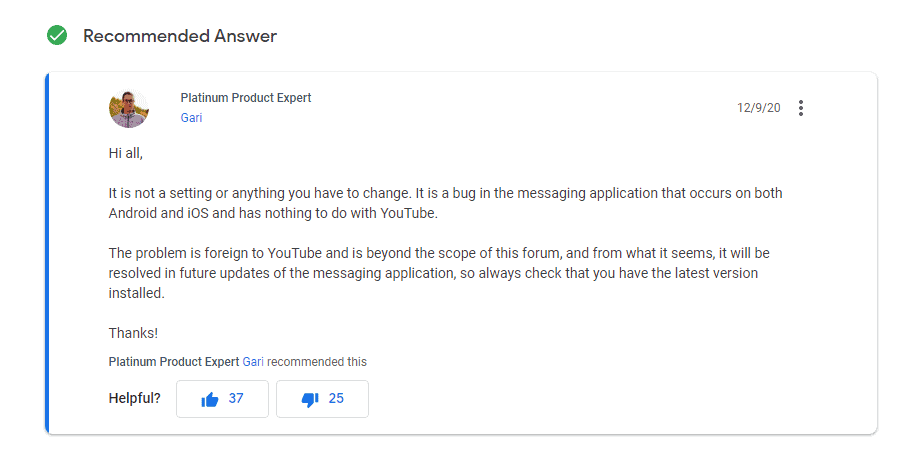 A Google Expert has earlier mentioned on the support community that the link preview issue is not related to YouTube. The expert said, “It is not a setting or anything you have to change. It is a bug in the messaging application that occurs on both Android and iOS and has nothing to do with YouTube.”