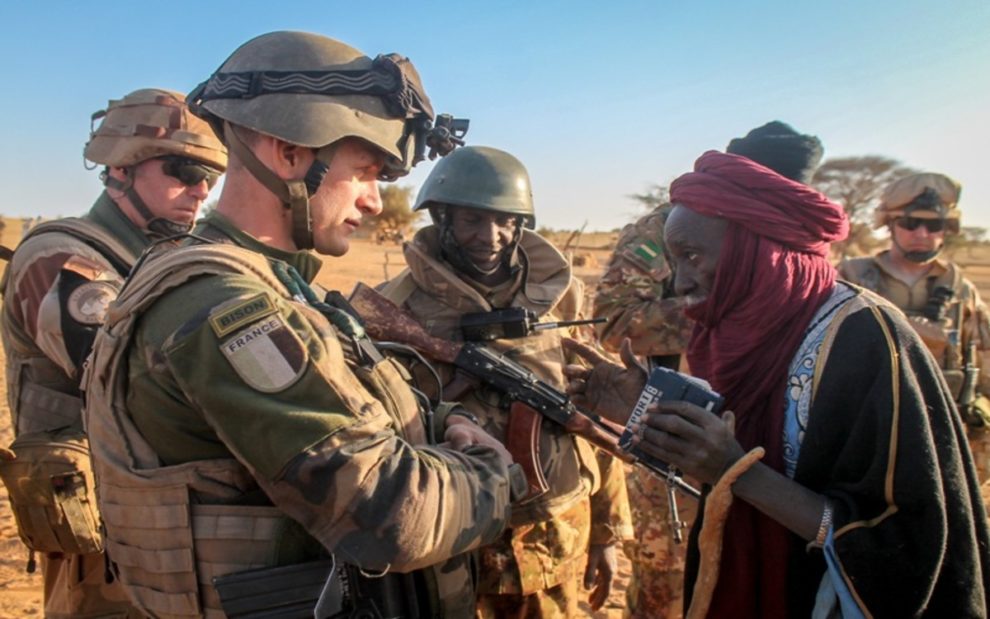 Despite pressure from French public opinion, President Emmanuel Macron decided not to reduce the number of French troops engaged in military operations in the Sahel. This was revealed in a statement made after the February 16 meeting between France and the so-called G5 of the Sahel – Burkina Faso, Chad, Mali, Mauritania and Niger.

“In due course, significant changes will be made to our military system in the Sahel. But they will not be made immediately,” Macron said.

The decision marked a concession by the French president as he had declared intentions to reduce the contingent of about 5,000 French soldiers deployed in the Sahara-Sahel region of North Africa. The Sahel is France’s main gateway into Africa with abundance of resources, cheap labour and emerging markets. For these reasons it is imperative for Paris to defeat terrorist groups and create a climate of calmness in the region.

The search for an exit strategy from the region is delayed, especially as the French leadership appears to not be fully aware of the complexity of the region’s problems. French operations have achieved some of their objectives, such as the weakening of the Islamic State in the region. However, they face a series of difficulties, such as keeping peace across the vastness of the Sahel, as well as balancing the ethnic and confessional heterogeneity of the population.

Initially, the French military presence was to be temporary and with the aim of stopping jihadists from capturing Bamako, the capital of the largest country in the region, Mali. This is in addition to restoring the territorial integrity of the state. Eight years later, the Malian central government still does not control the entirety of its territory and depends on a 15,000-strong force led by the United Nations Multidimensional Integrated Stabilization Mission in Mali (MINUSMA) to maintain control of the capital.

The absence of state functions in rural areas of Sahelian countries presents itself as an opportunity for terrorist groups to gain popularity by providing social services to isolated communities. The power vacuum in rural areas is being filled by alternative structures instead of those that should be provided for by the state.

France’s main objective through its military presence in Mali and the region is to weaken armed terrorist groups to the point of making state activities viable. According to estimates by France’s top military leaders, meeting that target can take up to 15 years, rivalling the length of the U.S. mission in Afghanistan.

The French operation is criticized for using a violent approach against the civilian population. According to The Economist, more civilians have been killed by government forces in the Sahel than by jihadist groups. Many experts point to the neo-colonial character of the French operations as France was the former colonial master over many of the countries it now claims to help.

However, the inefficiency of federal authorities in the region should not only be directly associated with the colonial legacy of France. It cannot be denied that the delimitation of the borders of Sahelian states was carried out by colonial France without consideration for the ethnic or religious makeup of the indigenous population. This legacy became a time bomb for the region’s socioeconomic development and gave rise to a significant part of today’s problems in the region. It must be noted though that other countries in the region have managed to overcome the difficulties of post-colonial development. In this sense, Mali, a country in the center of the Sahara-Sahel region that does not have direct access to the ocean and is markedly divided between north and south, has become a weak link.

French operations face opposition from local populations. The Sahel G5 conference in 2020 was met with protests in Bamako. The death of five French soldiers in attacks carried out by a group linked to al-Qaeda in January also did not create a positive image for the military operation within French public opinion.

A part of French public opinion is opposed to their country’s military presence in the Sahel and want the withdrawal of troops. But this formulation is not yet supported by France’s highest political-military leaders. The volley of criticism and fears that the war effort has no end date has led experts to argue that France should encourage local governments to engage with some armed groups in negotiations.

It is impossible to solve these complex problems in the Sahel by purely military means, making negotiations all the more critical. This is despite France launching Operation Serval in Mali after the UN Security Council passed a resolution in 2012. In 2014, the objectives and territorial scope of military actions were expanded with the launch of Operation Barkhane, which is still active today.

As Africa will become a major market and is already crucial for obtaining precious resources, France needs stability so that it can exploit economic advantages over its former colonies. The prevalence of jihadist groups in the Sahel makes this ambition difficult, weakening French corporate interests, hence prolonging the French mission in the region to an unknown conclusion date.