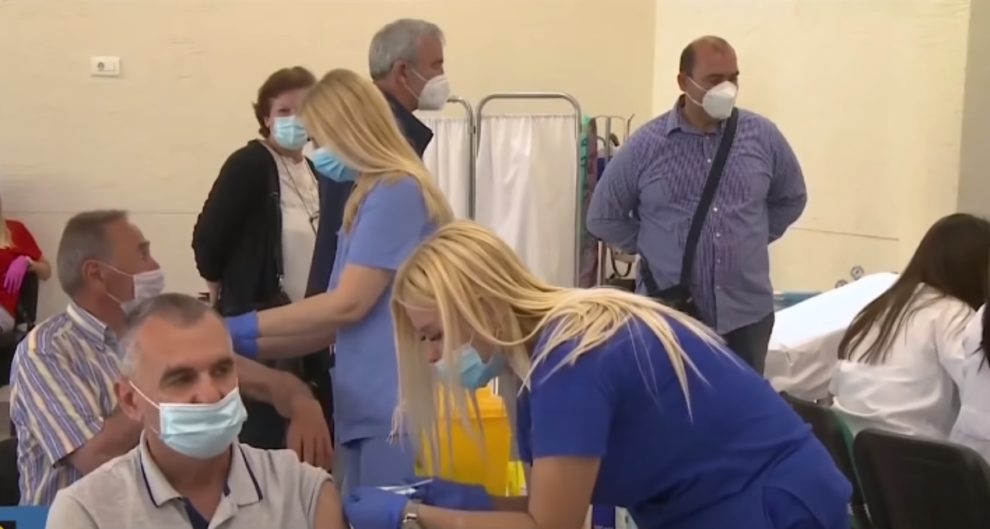 “The scientific forecasts show that the high point of the wave is in sight,” Scholz told the upper house of parliament.

“That will allow us to look at the first steps at reopening during a meeting next week between the federal government and the states, and then further steps for spring,” he said.

For weeks, Germany has limited access to bars and restaurants to people who have received a booster jab of the coronavirus vaccine or who are tested on top of being fully vaccinated or recovered.

Contact restrictions are also in place keeping private gatherings to 10 people, or two households if an unvaccinated person is present.

Scholz is due to meet with leaders of Germany’s 16 states next Wednesday to decide the next steps on dealing with the pandemic.

On Friday, Germany reported 240,172 new infections over the last 24 hours, the first week-on-week drop since the beginning of the year.

Germany’s 16 states, which have significant autonomy in implementing restrictions from mask-wearing in public transport to whether children should be sent into home-schooling, have begun to gradually ease curbs.

Plans by the government to push through mandatory vaccinations for the general public were also wobbling, after Bavaria became the first state to lift an obligation for health workers to get their jabs from March 15.

The southern German state’s decision has fuelled debate on whether the federal government’s proposal to extend a requirement to get the Covid jab would succeed in parliament.