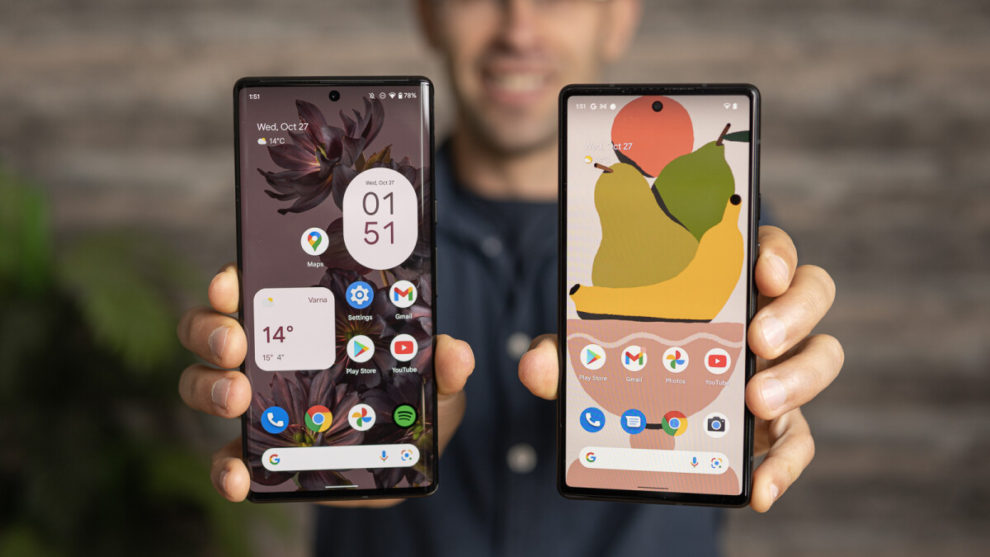 The Pixel 6 series, first released by Google in October 2021, is a Pixel lineup that comes in two different models; Pixel 6 and Pixel 6 Pro. These devices launched with a host of amazing features, such as the Google Tensor chip. As amazing as the Google Pixel 6 smartphones are, we’re sure you’ll agree that they aren’t without their issues. Since Google released the devices, many users across the world have reported one or more issues regarding them. According to the latest reports, Google Pixel 6 users are now experiencing an annoying network dropping issue.

It’s not even up to a year since Google released the Pixel 6 and Pixel 6 Pro smartphones, but users are already experiencing several issues on their devices. In the past, we reported a couple of issues that affected many users of Google Pixel 6. If you missed out on them, you can check here (1,2,3) to see them.

In March 2022, we also talked about a situation where some Google Pixel 6 users were reporting a network dropping issue. We noted in the post that this issue has been around since December 2021.

We expected the Android 12L beta update to address this issue completely. Google released the Android 12 QPR3 beta 3 for Pixel smartphones in early May. The update came with tons of bug fixes, including the one to address the Pixel 6 network dropping issue. Early this month, Google released the stable version of the Android 12L QPR3. This update also came with a lot of improvements over the beta update, including a fix for the network dropping issue.

Unfortunately, none of the two updates was effective in addressing the Pixel 6 network dropping issue. That’s so because many users are still reporting the issue after receiving the updates. You can check here (1,2,3,4) to see what the affected users are saying about the issue on the ground. 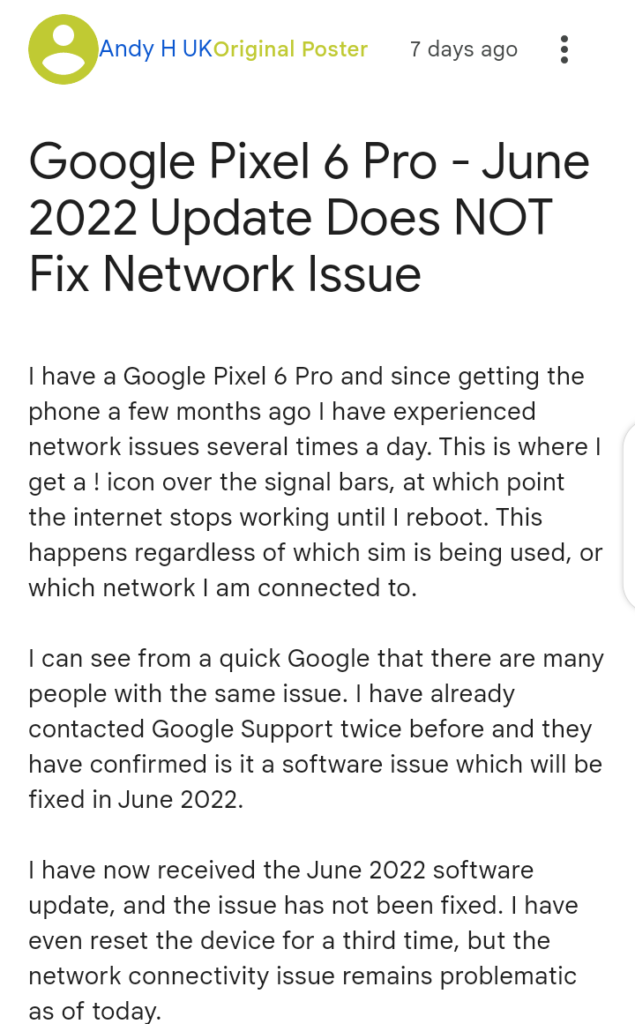 Any official fix to address the issue?

Google designed the stable version of the Android 12L QPR3 to address several issues affecting Pixel and other Android devices, including the Google Pixel 6 network dropping issue. However, multiple reports reveal the updates weren’t effective in addressing this issue. Since that’s the case, there’s currently no official fix at the moment to address the issue.

One of the affected users, after speaking to a Google support representative, mentioned he was advised to send his device for repair. If you’re currently experiencing the network dropping issue, you might also consider contacting the support team. That said, we’ll continue to monitor the Google team for more updates on this matter. As soon as we find relevant information, you’ll hear from us.