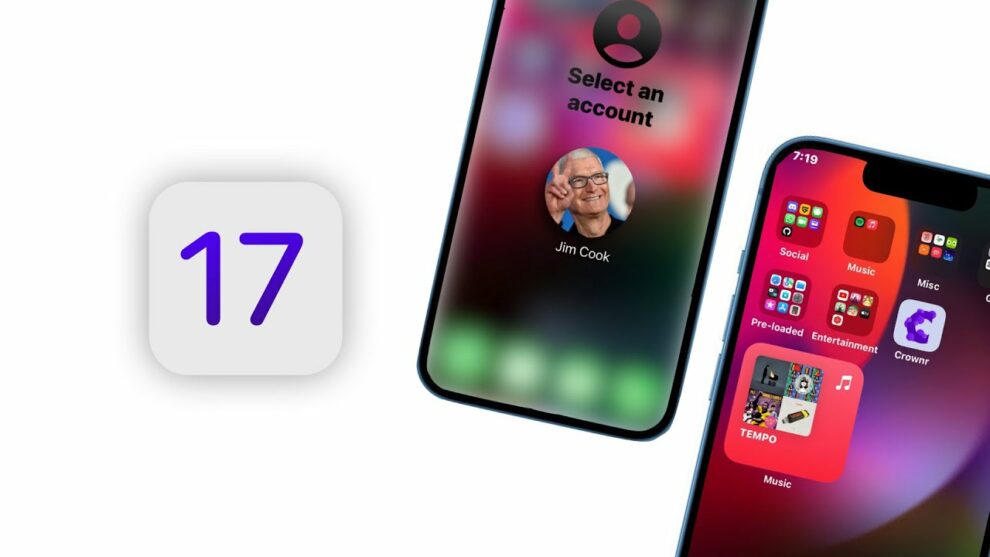 Apple dropped iOS 16 recently, bringing along some exciting features such as a customized lock screen, focus mode, and live activities. However, fans are already excited about the iOS 17 launch because it is rumored to bring some big changes.

While Apple has been criticized for not staying ahead of the curve compared to its Android competition. However, it looks like Apple is ready to grab some attention with some advanced features in its 2023 launch.

Let us have a look at what to expect in the upcoming iOS 17 including the features, and release date.

The next iOS 17 will likely be launched at Apple’s Worldwide Developers Conference as the successor to iOS 16. Looking back at history, the Cupertino company will probably release the next version of iOS in June 2023.

It is expected that after some weeks of the announcement, the Beta version will be released for some exclusive users. It is made available to some selected users so they can try out the version and test out potential bugs or issues.

Apple might start rolling out the stable version of iOS 17 to the general public when the 2023’s iPhone 15 arrives in September or early October. It will be made available to all eligible iPhones.

Apple has been catering to user needs and bringing out more customization options. It also focuses on improving the users’ experience.

There are a lot of new things that Apple has in store for its customers. Here are some of the features and improvements the new iOS 17 might bring.

Managing notifications is a hassle for iOS users, particularly on the lock screen. Android makes it much more convenient to access notifications. However, with iOS 17, Apple might improve the notifications experience for its users, giving them more options to manage it according to their desires.

App cloning is an effective tool that can be used to make duplicate apps such as Facebook so multiple accounts can be accessed easily. Looks like it might be available to iOS 17 users.

Multitasking is important to get work done efficiently. Viewing two apps at the same time is a productivity boost that can save some time in switching apps.

A Twitter leak suggests that Apple might be introducing a bigger and improved iMessage version. It is expected to include chat rooms and AR features for headset owners.

The person behind the leak is Majin Bu, who has previously made some accurate predictions. He claimed the information has come from unnamed sources.

According to Bu, the iMessage redesign will be part of the release of Apple’s much-awaited AR headset.

Earlier, some rumors pointed towards the headset focusing on “communication” as one of its main functions. The app will also be a primary part of Apple’s AR headset. Additionally, a redesigned Messages app would be great in unifying that mission.

Bu revealed the iMessage app will also have an updated home screen. However, the rumored features exceed the design changes. The leaker also suggested the app will gain “chat rooms, video clips, and new chat features in AR.”

According with my resource, Apple is working on a new version of iMessage completely renewed. New home, chat rooms, video clips, and new chat features in AR. It should be released next year along with the new headset #Apple #AppleAR #iMessage pic.twitter.com/Wp2WT8apNX

Bu shared an image of a mockup, but it was not a screenshot. Many errors throughout the shared images show a brush PhotoShop mockup.

The iMessage redesign is not an unexpected change because it is high time Apple attempts to compete with its competitors. With Facebook Messenger and WeChat taking over with their updated features, Apple was long due for some messaging upgrades.

Moreover, Apple has not worked on an iMessage redesign in recent years other than introducing group chats and adding pinned conversations.

These are some of the much-awaited upgrades that team Apple fans can finally boast about. While Apple might not be the first one in line to introduce a feature, it is usually the most consistent and seamless provider of these features.