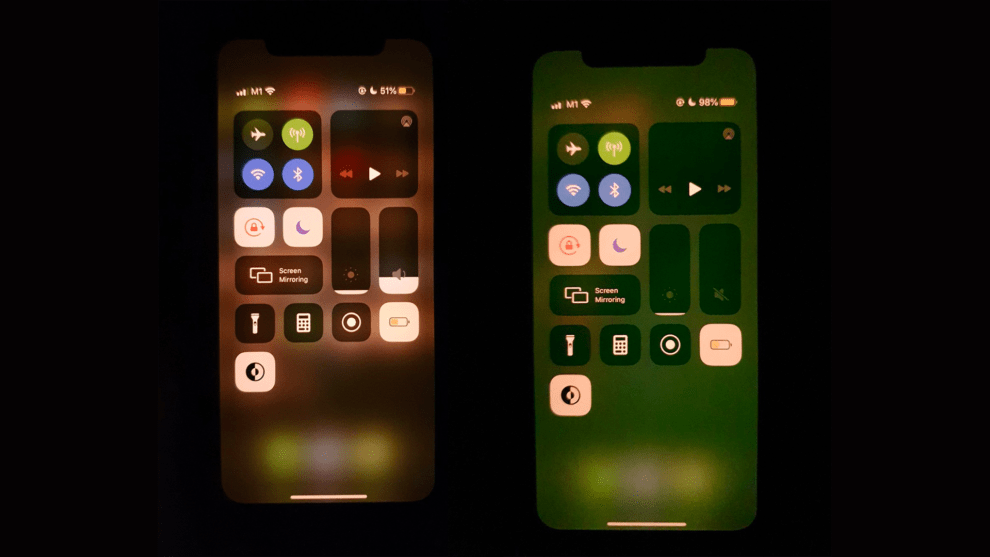 Across the world, the latest report claims iPhone 11 users have started complaining about experiencing green tint on their devices’ screen displays. Mostly, it occurs randomly for a few seconds after users unlock their devices.

While some also experience it at night when Dark Mode and Night Shift are enabled, others say it occurs during the day when the brightness is set to minimum. Looking at the complaints so far, it seems the bug issue is software-related. That’s because many of the users claim they started getting affected after updating their iPhone to iOS 13.4.1 or 13.5.

Several users on social media platforms, including Reddit and Twitter, have started complaining about experiencing an unusual green tint on their iPhone 11 screen display.

So far, there have been some inconsistencies as to how the issue started. However, most users say they experience the green tint on their screen display after they unlock their iPhone 11. Let’s have a quick look at a few of the complaints so far:

“I get this on mine, 11 pro max. Only when dark mode and night shift are both active. It lasts for 2-3 seconds then goes away.”

Another iPhone 11 user, who believed the green tint on displays is software related, says a fix will probably come when Apple rolls out the next software update.

Reports also confirmed that a few iPhone X and iPhone 11 Pro Max users are also experiencing the green tint issue on their screen displays. Here’s what a Twitter user @kunalchadda posted yesterday on his account:

“@AppleSupport the screen of my iPhone X has gone for a toss since I upgraded to iOS 13.5.1. The green tinge on the screen and the green band at the top appeared almost at the same time I upgraded the iOS!!! I hope you are coming out with a fix asap!!!” 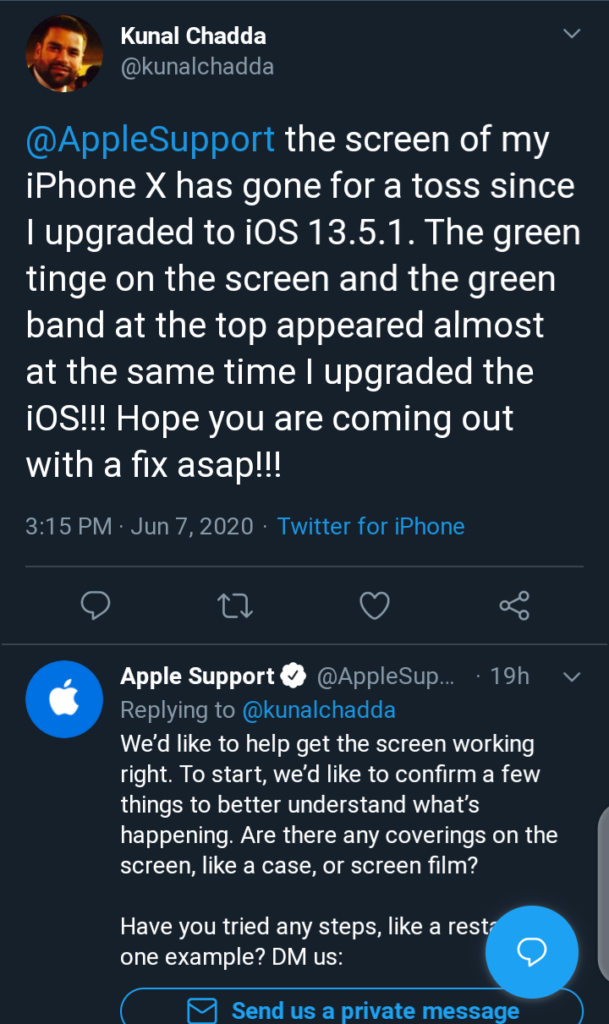 Any Fix From Apple?

Although the issue only lasts for a few seconds before disappearing, the main concern for iPhone users is why it keeps coming back periodically on their devices. So far, only a few iPhone 11 users have been able to get the green tint on their screen display to cease after restarting, others still experience it.

If truly the issue is software related, I’m sure Apple will come up with a fix in the upcoming iOS update. Currently, the Cupertino company is running a series of tests with iOS 13.5.5 beta. However, it’s unsure when that will be ready for iPhone users. So, affected users will have to wait for Apple to roll out the update.