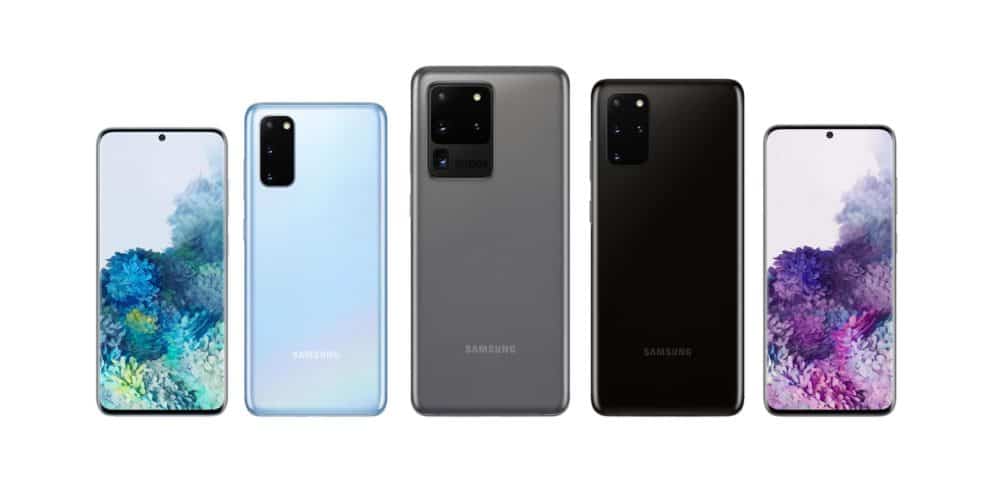 Certainly, Samsung Galaxy S20 flagship devices are some of the best smartphones that can offer you amazing features. Unfortunately, they are not without their own issues. Ever since Samsung released the smartphones, they have developed a few problems, including a camera issue on the Ultra variant and green tint display issues. Luckily, a few software updates released by the giant company have helped to fix some of them. However, according to the latest reports, a few Galaxy S20 users have started complaining about experiencing a new charging issue on their devices.

According to complaints on the issue, the Galaxy S20 users said the charging keeps getting interrupted every time, forcing them to constantly unplug and plug back the charging cable. On the other hand, others complained that most of the time, their smartphones refuse to charge.

In this article, we’ll be looking at everything about the new Galaxy S20 charging issue that is affecting Samsung users.

According to the latest report, a few Samsung Galaxy S20 users have taken to social media, including the Samsung Community, to complain about experiencing a new charging issue on their smartphones. While describing the issue, the users said, many times their phones refuse to charge when they plug in the charging cable. Even if fortunate, and the devices charge, they get interrupted every few minutes.

Furthermore, some of the users mentioned that restarting their Galaxy S20 phones works for a while before the charging issue comes up again. Let’s have a quick look at some of the users’ complaints so far below:

According to a Samsung user SamiSungi, he said:

“My S20 + did not charge at all (with the included power adapter and cable), sometimes it feels like after 1 minute, charging stops and twice it has happened that the charging has started again several times in a row…”

“The S9 charges perfectly with the S20 Plus power supply and cable. I’ve had this problem with charging since the May patch. I already reset my device, I had a week of rest and then it started again. A restart helps me, always with loading problems, but the error occurs again at some point. In my opinion, there is a bug in the software.”

According to another user LeaderNic, he also experiences the same charging issue on his 2-day old Galaxy S20. Here’s a screenshot of what the user posted about the issue below: 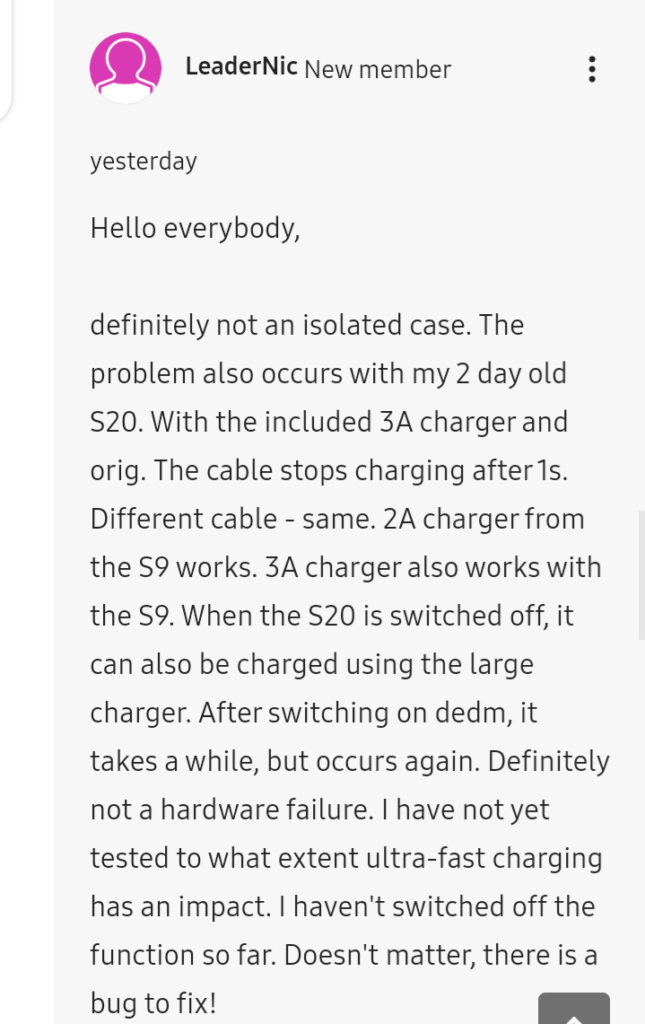 Looking at the reports, it looks like only a few users, mostly from Germany, are affected by the bug.

So far, Samsung is yet to make any statement as to the fix for the annoying issue that is affecting the users. However, I’m pretty sure they’re already working a fix for the issue. In case you’re experiencing the issue, you might have to wait for Samsung to come with a fix for it.