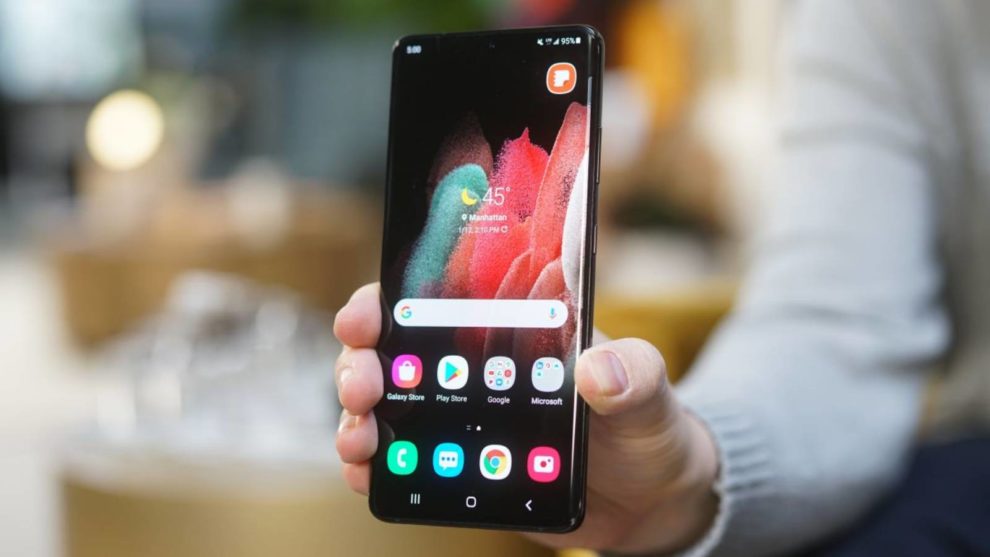 Galaxy S21 is a great phone and the camera is powered with 100X zoom and 8K 24FPS video abilities. We could already consider what the company would be improving for the Samsung Galaxy S22 series.

No-one knows yet what to expect from Samsung in terms of price. But we expect that Samsung will keep the prices similar to the Galaxy S21 lineup. If Samsung remains consistent, the Galaxy S22 will cost $799, the Galaxy S22 Plus will be $999 and the Galaxy S22 Ultra will be priced at $1,199.

It will be interesting to see whether Samsung introduces a lower-cost Galaxy S21 FE sometime between now and the S22’s launch, as it did with the Galaxy S20 FE rollout last year.

There is no news specifically about the Samsung Galaxy S22 in terms of what specs to expect. We can glean a few pieces of information from some wider Samsung leaks though.

The biggest change likely coming to the Galaxy S22 is an under-display camera. This would enable a true full-screen design without a traditional punch hole at the top of the display.

One leak indicated that Samsung is already working on its Exynos 9855 chipset, and it is expected that this chip will be ready for the 2022 handset.

Another leak from Mauri QHD on Twitter suggested that the Samsung Galaxy S22 will feature a thinner design than the Galaxy S21. However, this may result in smaller batteries and there could be a trade-off for a sleeker look.

Samsung won’t add chargers in the box with future smartphones, so one should geta separate charger alongside a Samsung flagship if you do not already own one.

Chinese sources report that Samsung is currently testing the 8K 60fps video recording feature on the first Galaxy S22 prototype. This would be an improvement over the Galaxy S21 Ultra, which maxes out at 24fps for 8K video.

Samsung Galaxy S22: What we want to see

Some improvements we wish to see the company make in its next flagship series since there is plenty of time in S22’s launch.

We’d like to see a full-screen design for the Galaxy S22 with a front camera that disappears when you don’t need it. We’d also like to be able to use apps in full-screen mode without having to dig into settings. This is expected to be coming true though.

This is a simple wish, as the company has almost always offered microSD support in its smartphones. The Samsung Galaxy S21 range doesn’t feature a microSD card slot. That means you’re stuck with that amount of storage no matter how long you use the phone.

If you have purchased the 128GB Samsung Galaxy S21 Ultra then you won’t be able to expand the storage. But with the Galaxy S22, we would really want Samsung to offer an option of expanding the storage.

Samsung reduced the resolution on the Galaxy S21 and Galaxy S21 Plus from quad HD to 1080p, in order to save cost. But it would be better if the sharpest resolution wasn’t an exclusive feature in only Galaxy S22 Ultra this time around.

With Samsung’s latest moves, we can see displays with variable refresh rates that efficiently switch between the available levels. Both the Galaxy S21 and the S21+ come with displays switching between 48 and 120Hz. Whereas the S21 Ultra can switch up to 10Hz.

The Galaxy S22 range should offer further storage options for people to choose from. That’s particularly correct if Samsung plans that it doesn’t want to bring a microSD card slot again. The Galaxy S21, for example, is just available in 128GB and 256GB storage sizes.

Only the Galaxy S21 Ultra supports the S Pen as an option, while the Galaxy S21 and Galaxy S21 Plus do not. The stylus experience seems to be helpful, and for those who want to have the accessory, it’s a great option. Hopefully, in 2022 Samsung’s S Pen functionality for its S series will be more fully formed.

The Galaxy S21 shifted from a glass rear and switched to a Glasstic back. Samsung named it for a plastic and glass hybrid, and it doesn’t look high-end. Both the Galaxy S21 Plus and Galaxy S21 Ultra stuck with glass, and we’d like to Samsung opt for that material on every Samsung Galaxy S22 model considering the price of these smartphones.

Samsung moved away from that perk for the Galaxy S21 lineup after offering a 45W charger option on the Galaxy S20 Ultra. However, a leak points to Samsung releasing a 65W charger, and we expect that it supports the Galaxy S22 lineup.

The Samsung Galaxy S21 range dropped in price compared to 2020’s smartphones, but we’d like to see the prices drop even further in 2022. Of course, this is a big wish as the Galaxy S21 Ultra is full of top-end tech, and the company might not be able to reduce the price any further than it did with 2021’s phone.

The Galaxy S21’s battery life could be better. The adaptive display on the S21 Ultra is more dynamic, as it can scale down to 10 Hz, as opposed to 48Hz for the S21 and S21 Plus. So it would be great if Samsung offered the same refresh rate range as the Ultra for its next phones.

The Samsung Galaxy S21 users and reviewers experienced issues where the device became warm after extensive workloads or when gaming for longer hours. With the Galaxy S22, it would be great to have a better cooling option.