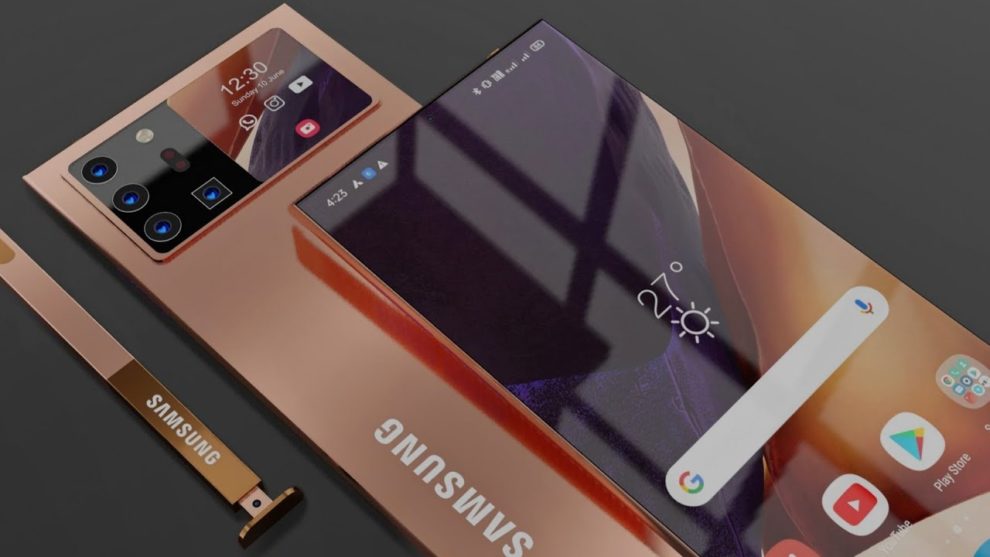 UPDATE OCT 14, 2021: News regarding the Samsung Galaxy Note 21 has been in circulation for a while now, with many thinking that the Note line may be discontinued. TM Roh, Samsung’s President and Head of Mobile Communications has stated the Samsung will not be releasing Galaxy Note 21 this year.

Roh has not given any specific reason for Samsung’s latest move, but there are speculations on the internet.

Why Is Samsung Galaxy Note 21 Not Coming?

There are a variety of reasons why the Samsung Galaxy Note 21 isn’t happening. The one most probable is that Samsung simply had too many projects this year and Note 21 didn’t fit in. Another reason can be the immense competition faced by the new releases of various giants forcing Samsung to give their very best.

“It is not that we do not release new products. The timing may vary, but next year we are preparing to continue to do so.”

“Note series is positioned as a high-end model in our business portfolio. It could be a burden to unveil two flagship models in a year so it might be difficult to release the Note model in 2H.”

Koh explains that it will be difficult to release the S-Pen-toting Galaxy Note 21 in the second half of this year, as developing and offering two high-end devices can be a ‘burden’, referring to the Samsung Galaxy S21 and Galaxy S21 Ultra from earlier in the year as the other high-end handset.

What Does It Mean For The Future?

The ongoing chip shortage can also be deciding factor for Samsung deciding not to release the Note 21 as there might not be enough components for Samsung to mass-produce the Note and other products simultaneously. DJ Koh’s statement further suggests these speculations to be true:
“The disparity between the supply of parts and demand in the information technology (IT) side is severe”

Another credible leaker, Evan Blass suggests that the Galaxy S21 FE is being positioned as a follow-up to the Galaxy Note 20.

A spokesperson for Samsung went on record to state that the Note series is not being discontinued merely delayed. The second flagship of Samsung may see its return next year. That will be most plausible after the release of the Samsung Galaxy S22.

As reported by Digital Daily, Koh noted at a shareholders meeting in Korea that Samsung intends to launch a new Galaxy Note model in 2022. Due to the launch of the Galaxy S21 Ultra, one launch will be skipped this year.

He has also addressed the chipset problem faced by the company:

“We are checking the parts supply problem every morning. It is difficult to say that it is 100% resolved. It is a bit of a problem in the second quarter. We will report as a result so that there is no business disruption.”

The chipset problem will stabilize itself in a few months, however, the higher-end chipsets will take a longer time. In the worst-case scenario, we will probably see an increase in the prices of the products.

It’s unknown how this decision will affect Samsung and its consumer base. However, with a brand like Samsung, it is bound to handle this situation in a favorable way.

Samsung fans were looking forward to the Galaxy Note 21 series later this year after the Galaxy S21 series as Samsung’s stylus-toting line often rolls out in August. But this might not be the case in 2021.

Galaxy Note 21 rumors suggest that it could be Samsung’s first phone with an under-display camera. There is also a possibility that the phone may pick up some features from the recently launched Galaxy S21. The quad rear camera setup of the S21 Ultra, the Snapdragon 888 chipset, and the advanced contour cut camera design.

Samsung mobile co-CEO Dong-jin Koh revealed during the annual shareholders’ meeting that the company might not release the Galaxy Note 21 this year. The current chip supply shortage will cause a serious issue next quarter and that’s why he indicated the skipping of the Galaxy Note 21 rollout. According to Bloomberg, Koh said:

“There’s a serious imbalance in supply and demand of chips in the IT sector globally. Despite the difficult environment, our business leaders are meeting partners overseas to solve these problems. It’s hard to say the shortage issue has been solved 100%. Note series is positioned as a high-end model in our business portfolio,” he said. “It could be a burden to unveil two flagship models in a year, so it might be difficult to release Note model in [the second half of 2021]. The timing of Note model launch can be changed, but we seek to release a Note model next year.”

However, if there is a Galaxy Note 21 release, users would have to pay a high premium for the phone. The Note 20 is currently priced at $999 and the Galaxy Note 20 Ultra’s price is $1,299. The Note 21 cost could be guessed from these prices but after seeing Samsung’s approach towards the Galaxy 21, things might be different.

The Note 21 might feature its own version of the S21’s new “Contour Cut” overflowing camera bump design. Renders from LetsGoDigital and Giuseppe “Snoreyn” Spinelli throw a good idea about the next-gen Note design.

For a long time, rumors have been in the air that Samsung is working on an under-display front camera. This feature already rolled out in the ZTE Axon 20 5G. If the Note 21 picks up this feature, the phone would receive an entirely notch-less display.

Previous Galaxy Note phones came with curved displays, so that might be the same with the Note 21 as it helps make big handsets fit well into users’ hands.

The notable change we could see on the Galaxy Note 21 is an under-display camera as stated above. This is based on a picture from Samsung’s CES presentation on Galaxy Upcycling that displayed a similar handset like Note 20 but it didn’t have the regular camera punch-hole.

In case the Note 21 doesn’t come with an under-display camera, it may have the same central punch-hole for the selfie camera just like in traditional Samsung handsets.

Samsung may continue with maximum 120Hz display refresh rates on its flagship phones. The S21 may go down to 48Hz if it doesn’t show many moving images, but the S21 Ultra may go down straight to 10Hz, as could the new Note handset Samsung is working on.

There is a maximum of 25W charging in all the S21 lineup along with the option for 10W wireless charging and 4.5W reverse wireless charging. Since Samsung has already featured 45W charging on the Galaxy Note 10 and Galaxy S20 Ultra, so we can expect the same on the Note 21.

In case the Note 21 arrives this year, it will not come with a charger in the box.

If the Note 21 comes with multiple devices then the camera set-ups would be different. A basic one may use a triple-camera set-up similar to the Galaxy S21 and S21 Plus. It consists of 12MP main, 12MP ultrawide, and 64MP telephoto sensors, with a 10MP selfie camera on the front.

Samsung’s extensive 108MP main sensor on the S20 Ultra and Note 20 Ultra might return. Also, there may be a 12MP ultrawide camera same as that of the S21’s.

Galaxy Note usually features the best Snapdragon chipset with its launch. It was Snapdragon 865 Plus system-on-chip for the Galaxy Note 20. And it may be the Snapdragon 888 for Note 21 unless Qualcomm rolls out a Plus variant of this chip.

Galaxy S21 models feature the best performance from an Android phone. Although, the iPhone 12 powered with A14 Bionic surpasses the Snapdragon 888-based Samsung devices.

For other major performance metrics, we can see 12GB RAM as both Note 20 models have this much memory. But Samsung has returned to 8GB as the S21 showed so it could do the same for the Note 21.

What we want to see in Samsung Galaxy Note 21

The following is the list of what we want to see: