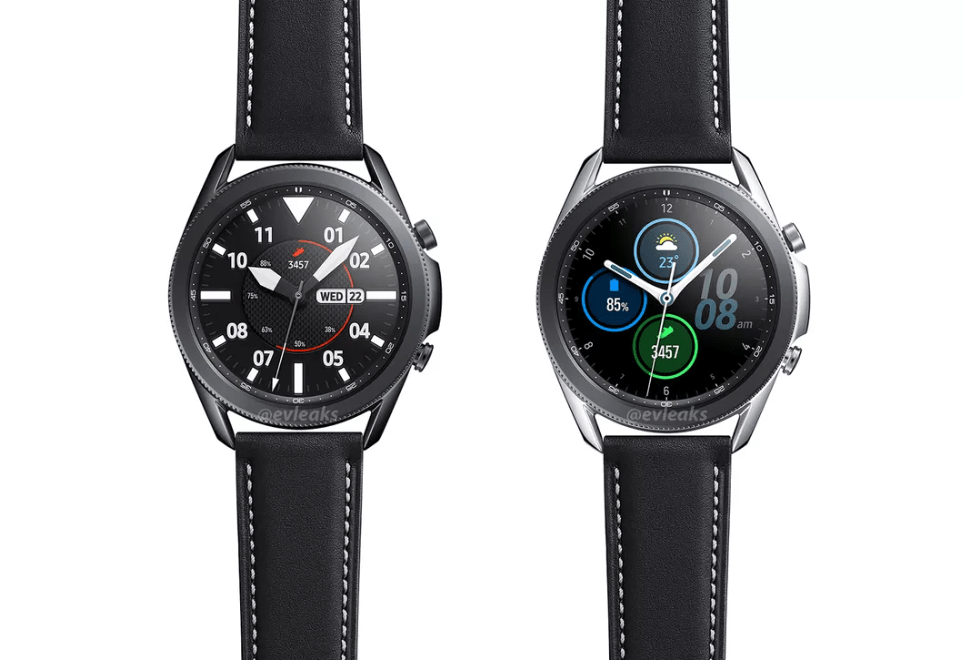 UPDATE Aug 18: Samsung has officially launched the Galaxy Watch 3 after unveiling it alongside the Galaxy Note 20 series. It features a slimmed-down version of the rotating bezel. The Watch 3 comes with a titanium or stainless steel case. It’s available in 41mm and 45mm sizes. The device comes in 4G and Bluetooth variants.

The Watch 3 comes with Samsung Pay, hands-free Bixby assistant, and two days of battery life. It runs Samsung’s Tizen OS software. The Galaxy Watch 3 starts at $400 for the 41mm model and $430 for the 45mm version. If you want the LTE variant, the 41mm model is going to cost $450 and the 45mm model costs $480.

What will it be called?

So, the upcoming model should technically be called Galaxy Watch 2. But the company is going to name it Galaxy Watch 3, according to the device’s Bluetooth SIG listing released a couple of weeks ago.

According to leaked images shared by Twitter tipsters Evan Blass and TechTalk TV, it will have a lot in common with the original Galaxy Watch. It will have a circular design with a rotating bezel and two buttons on the side. The device will be available in 45mm and 41mm sizes. The rotating bezel lets users move around the interface easily. 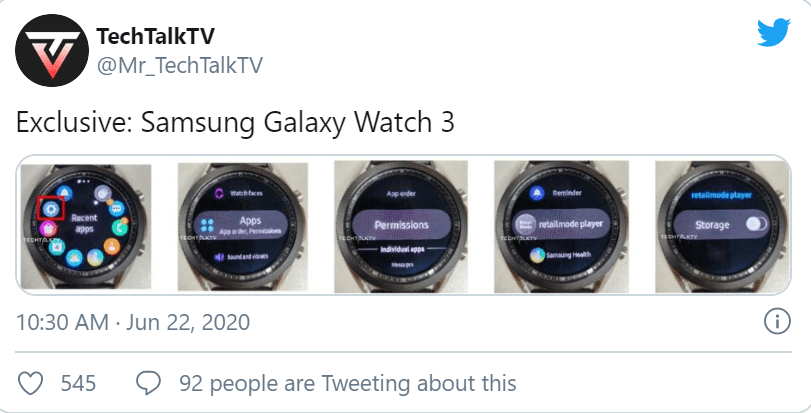 Last month, SamMobile revealed that the Galaxy Watch 3 will be available in two screen sizes. The 45mm variant will have a 1.4-inch AMOLED display and measure 45 x 46.2 x 11.1mm in dimensions. The smaller 41mm is said to get a 1.2-inch AMOLED screen and dimensions of 41 x 42.5 x 11.3mm. It makes them both smaller than the original Galaxy Watch, which was available in 46mm and 42mm sizes.

According to Evan Blass, the Samsung Galaxy Watch 3 will debut in titanium and stainless steel builds. It will be available in three different color options – Silver, Black, and Bronze. There will be Bluetooth and LTE variants of each.

Just days ahead of the Galaxy Unpacked event on August 5th, folks at WinFuture have obtained leaked renders of the upcoming Galaxy Watch 3. The renders give us a closer look at the 41mm and 45mm both models. The 41mm model can be seen in Mystic Bronze and Titan Silver colors. The 45mm version has appeared in Titan Silver and Titan Schwarz colors.

WinFuture added that the Galaxy Watch 3 would bring back the rotating bezel, which was popular among Samsung fans. The 41mm and 45mm models will be nearly identical in most aspects except battery and screen size. The 41mm model would sport a 1.2-inch display and 247mAh battery. Its bigger sibling will get a 1.4-inch screen and 340mAh battery.

Both models would have the same 360 x 360 pixel resolution. They both will get the Bluetooth 5.0 connectivity, Corning Gorilla Glass protection, 1GB RAM, Tizen OS software, 8GB of internal storage, and Exynos 9110 chipset.

Both variants will have 5ATM water resistance, MIL-STD-810G military-grade certification, GPS, and Gorilla Glass DX. They will get the latest Bluetooth 5 connectivity, according to the Bluetooth SIG. The Watch 3 will get a blood pressure monitor, an ECG, 8GB of internal storage, and 1GB RAM. Of course, there will also be WiFi and LTE connectivity.

According to Max Weinbach of XDA Developers, the Galaxy Watch 3 will have 340mAh and 247mAh batteries inside the 45mm and 41mm models, respectively. The battery size is the same as the Galaxy Watch Active 2, so we can expect at east a couple of days of battery life on a single charge. The upcoming Watch 3 would support the same charger as the Active 2.

According to the rumor mill, the Galaxy Watch 3 would run Samsung’s in-house Tizen OS 5.5 software. Max Weinbach downloaded the firmware, and revealed some exciting details about the software. Samsung will offer new customizable watch faces, and updates to the email, calendar, and music apps. 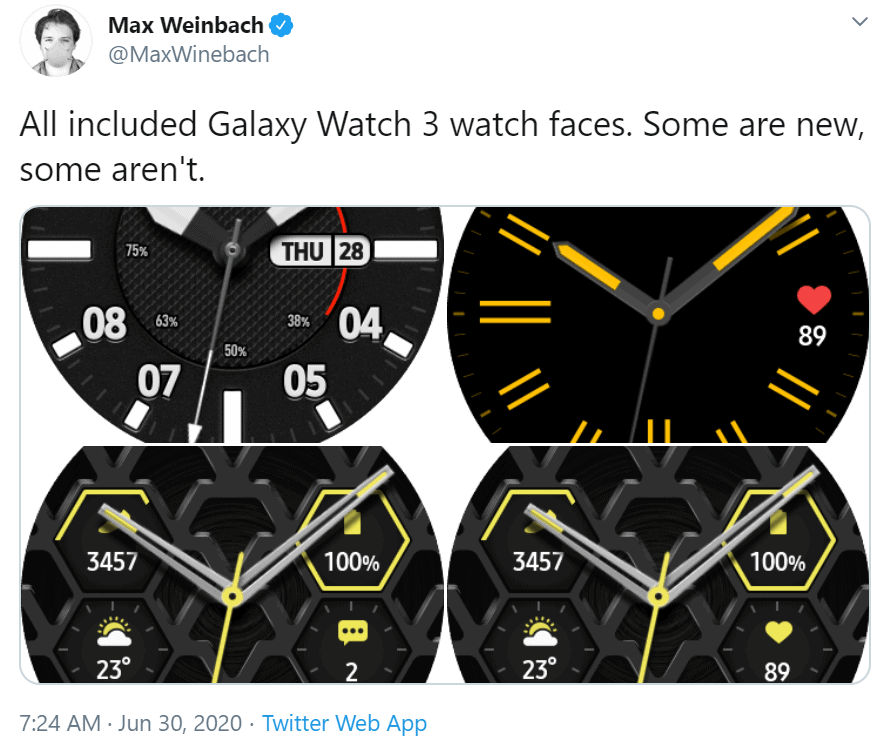 Users can choose custom details such as their heart rate or current steps to appear around the edges of the watch face. Notably, Spotify will come pre-installed on the Galaxy Watch 3. Microsoft’s Outlook app will replace Samsung’s Mail app on the new smartwatch. The software will also bring an updated music widget, a new weather app, and rich notification icons. There will also be a period tracking feature for women.

The Galaxy Watch 3 unveiling could be just around the corner. According to Twitter tipster Evan Blass, the smartwatch would go on sale on July 22nd. It means Samsung could launch the Galaxy Watch 3 alongside the Galaxy Note 20 smartphone later this month. We have heard of a July release date before.

Samsung is unlikely to hold a physical launch event for the Galaxy Watch 3 due to the COVID-19 pandemic. Watch 3 will be competing with Apple’s next-gen Apple Watch Series 6.

But we wouldn’t be surprised to see an even higher price tag. According to Evan Blass, the upcoming Galaxy Watch 3 will cost between $400 and $600. Just to put things in perspective, the Apple Watch Series 5 starts at $399.

This article was updated with the latest information on August 18, 2020.