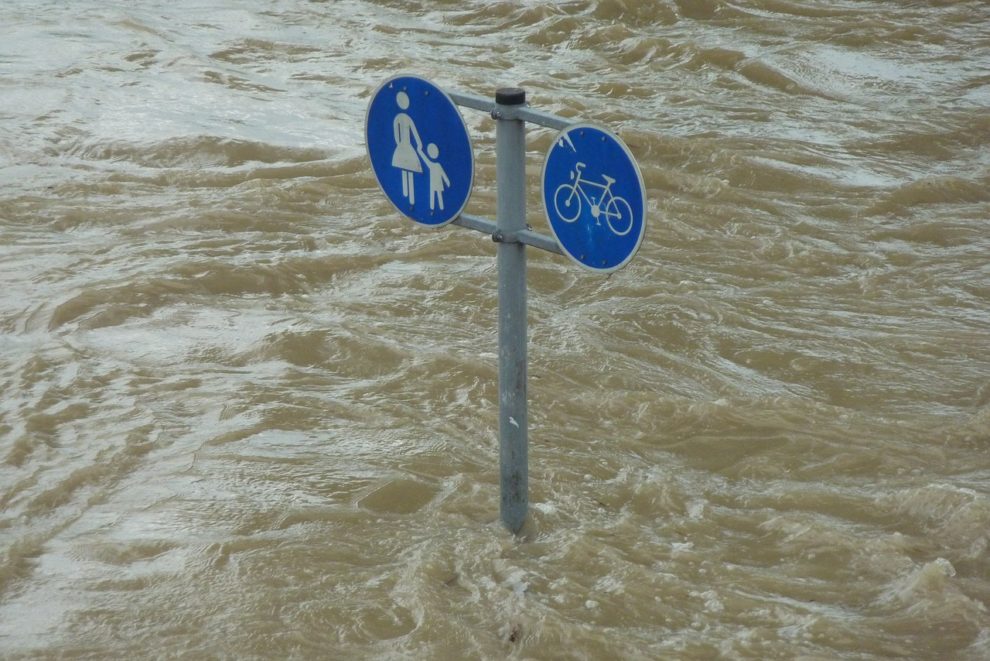 South African President Cyril Ramaphosa on Monday declared a national state of disaster over the deadly floods on the east coast, warning that rebuilding even basic services will take time.

“This is a humanitarian disaster that calls for a massive and urgent relief effort,” he said in a televised address. “The lives, health and well-being of thousands of people are still at risk.”

“The Port of Durban — which is one of the largest and busiest shipping terminals on the continent and which is vital to our country’s economy — has been severely affected,” he said.

At least 443 people have died, with 48 still missing, around the east coast city of Durban, the president said.

Some badly damaged areas remain inaccessible, he added, including 16 schools that are completely cut off.

The state of disaster, similar to measures imposed to fight the Covid pandemic, unlocks additional resources to help rebuild.

To ease concerns around corruption which plagued Covid efforts, Ramaphosa said the government would create a special oversight body that will include the auditor-general, business and religious groups, as well as professional associations of engineers and accountants.

Earlier Monday, the military said 10,000 troops were deployed to help restore power and water and search for the missing.

But hopes for finding the missing were fading.

Clyde Naicker said his brother Ronald had been missing for a week, since he disappeared while trying to get to his job as a hospital radiographer.

“Apparently from what we heard, his vehicle got flooded and then he tried to go to safety,” Naicker said. The family has been searching every day, but police only joined their effort on Monday.

For the hundreds of bodies that have been found, damaged roads and waterlogged cemeteries made burials difficult.

“There are so many deceased, and the mortuaries can’t keep up because they have been so inundated,” said Pieter van der Westhuizen, general manager for funeral services at the Avbob insurance company.

“So it is taking a little longer to get the deceased out for burial.”

KZN Funeral Directors Association representative Nasan Chetty said the continuous rain had made it “very difficult to do burials”.

“If we dig the graves and then come back to do the burial a few hours later it is water-logged,” he told AFP.

Swathes of eThekwini, the municipality that includes Durban, remain without electricity or water. Local government estimated that 80 percent of the city’s waterworks were down.

Water tankers were being deployed across the region, but the authorities were struggling to fill them.

Some of the troops include plumbers and electricians, joining the mammoth task of trying to get life back to normal.

Many streets remain slathered with mud. In areas where repair crews have yet to reach, the homeless cleared roads to make way for water tankers to pass, an AFP correspondent observed.

“There is also a lot of pushing there. People are desperate — they don’t care about the next person,” said Philakahle Khumalo, a 30-year-old mother of two.

The deadliest storm on record dumped apocalyptic levels of rain on Durban and the surrounding area.

Some 40,000 people were left homeless and more than 600 schools and 66 health care facilities have been damaged, Ramaphosa said.

Many children are due to return to class on Tuesday after the Easter break, but authorities warned that 271,000 students may not be able to attend due to damaged schools.

The government has announced an immediate one billion rand ($68 million) in emergency relief.

“The rescue operations have stopped. It’s now more of a search and recovery,” he told AFP.

The normally azure waters at Durban’s famed beaches have been turned a muddy brown by the mountains of earth and debris washed to the shore.

The intensity of the floods took South Africa, the most advanced African economy, by surprise.

The country is still struggling to recover from the Covid pandemic and deadly riots last year that killed more than 350 people, mostly in the now flood-struck southeastern region.

South African Power Supplier Runs Out Of Cash For Diesel