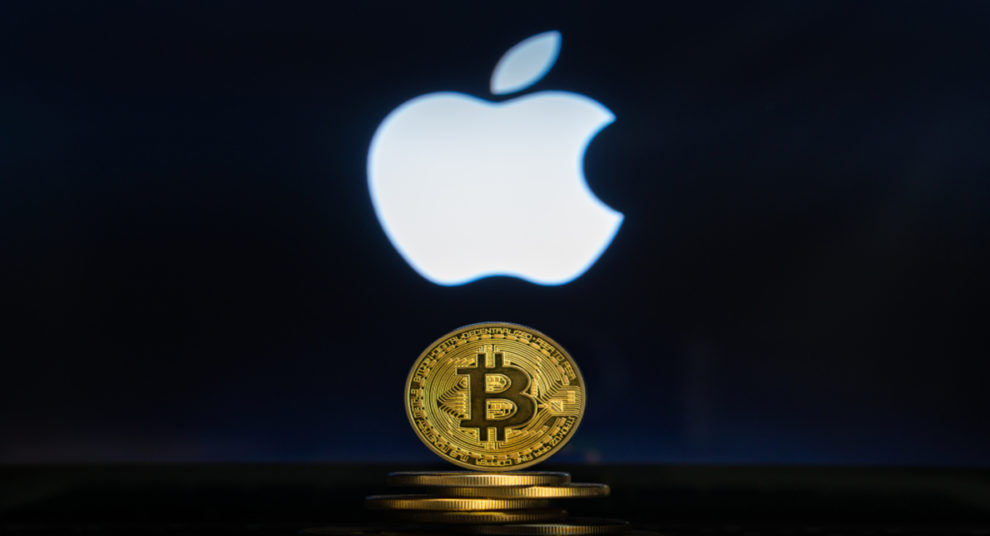 RBC Capital Markets, one of the largest global investment banks, thinks Apple could be the next big company to buy bitcoin. According to RBC Capital Markets, Apple Inc. should follow Tesla Inc’s move by stepping into cryptocurrencies as Tesla announced it bought $1.5 billion in bitcoin.

“The wallet initiative appears to be a clear multi-billion dollar opportunity for the firm (potential for well over $40 billion in annual revenue with limited R&D)”, said analyst Mitch Steves.

Steves was referring to the Apple Wallet and its huge tendency to become a cryptocurrency exchange. The iPhone making company could build a sizable new market for growth if it were to develop its Apple Wallet into a crypto exchange. If Apple buys Bitcoin, more users will move towards Apple Exchange and boost Bitcoin prices, notes Steves.

Many big companies like PayPal and Tesla have declared their support for Bitcoin by either purchasing it, accepting it, or even allowing customers to exchange it in the past few months. Companies like Square Inc. and PayPal Holdings Inc., along with closely held exchanges like Coinbase, have all approved the exchange model as a real business, and Apple would swiftly achieve market share if it were to step into the industry.

Apple shares, up about 70% in the past year, were a little varied on Monday, down to0.5%. PayPal has jumped nearly to 40% as it announced it would allow customers to buy, hold and sell cryptocurrencies directly from their PayPal accounts.

Apple has been publicly positive on cryptocurrency in the past. In 2019, Apple Pay vice president Jennifer Bailey said, “we’re watching cryptocurrency” and that “We think it has interesting long-term potential.”

RBC commented at a time when companies have been more interested in Bitcoin and other cryptocurrencies. Tesla invested $1.5 billion in Bitcoin and indicated its interest in accepting the cryptocurrency as a form of payment. That escalated Bitcoin prices by as much as 16%, reaching $44,000.

Apple could stand to see massive returns on investment by putting cash on hand into BTC but the bigger deal could be if it could become the leader of software/hardware that makes crypto simple, accessible, and secure for the masses.