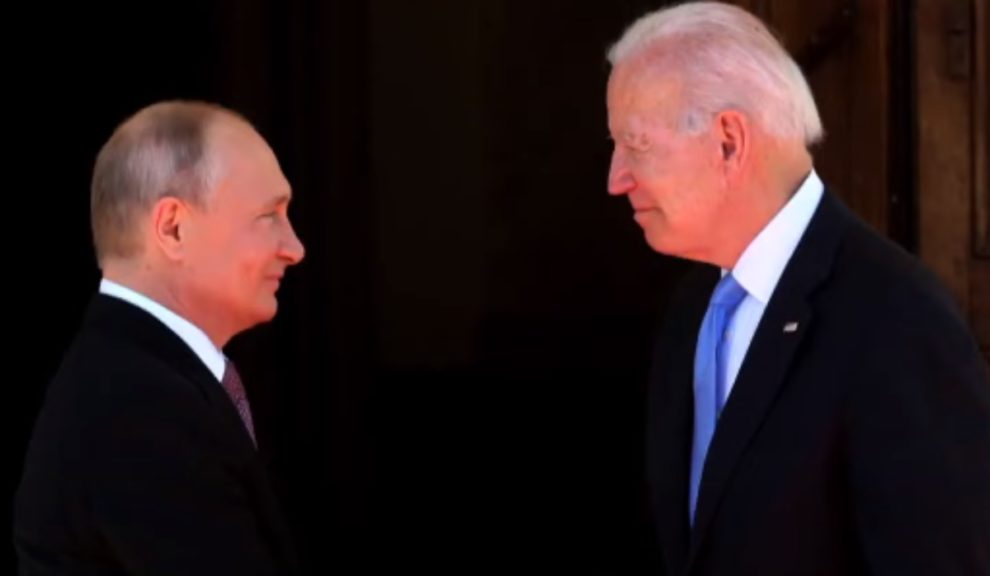 The call, requested by the Kremlin leader, “convened at 3:35 pm” (2035 GMT), a White House official said from Wilmington, Delaware, where Biden was spending the New Year’s holiday at home.

This was the second time Putin and Biden talked in just over three weeks, reflecting intense diplomacy to try and resolve a dangerously escalating standoff on the fringes of eastern Europe.

Ahead of the call, both sides insisted they were ready to listen. But with Thursday’s talk setting the stage for difficult, lower-level, face-to-face negotiations in Geneva in January, there were few indications of major concessions on the horizon.

Washington and its European allies accuse Russia of threatening former Soviet territory Ukraine with a new invasion. Some 100,000 Russian troops are massed near the border of the country, where Putin already seized the Crimea region in 2014 and is accused of fomenting a pro-Russian separatist war which erupted that same year in the east.

Moscow describes the menacing troop presence as protection against an encroaching West, particularly NATO, although Ukraine has not been offered membership in the military alliance.

Earlier this month, the Russians issued a sweeping set of demands, including guarantees that NATO not expand further and a bar on new US military bases in former territories of the Soviet Union.

The United States rejects what it calls a bid by the Kremlin to dictate independent countries‘ futures, and warns that if troops do cross into Ukraine, Russia will face blistering economic sanctions backed both by Washington and EU capitals.

Biden was to offer Putin a “diplomatic path” out of the crisis, a senior administration official told reporters before the call.

“But we are also prepared to respond if Russia advances with a further invasion of Ukraine,” Biden will tell Putin, the official said, adding that Washington remained “gravely concerned” about the military build-up and wants to see Russian forces return “to their regular training areas.”

In a holiday message to Biden hours before they talked, Putin said he is “convinced” that “we can move forward and establish an effective Russian-American dialogue based on mutual respect and consideration of each other’s national interests.”

Kremlin spokesman Dmitry Peskov told reporters that Putin was “in the mood for a conversation.”

“We believe that only through talks is it possible to solve all the immediate problems that we have in abundance between us,” Peskov said.

– US support for Ukraine –

The January talks will see Russian officials sitting down separately with negotiators representing the United States, NATO and the regional OSCE security forum, which also includes the United States.

Russia’s delegation will be led by Deputy Foreign Minister Sergei Ryabkov, and the US delegation by Deputy Secretary of State Wendy Sherman.

Ukraine, which wants to join NATO but has been told it is far from being ready to win acceptance, is eager not to be cut out of any wider deal.

US officials have been at pains to insist that no decision will be taken behind the Ukrainians’ backs and that while US troops would not be sent to defend the country against Russia, ongoing deliveries of weapons and other military assistance are set to expand if Moscow attacks.

On Tuesday, the Pentagon said a US aircraft carrier group was to remain in the Mediterranean as a reassurance to European allies and on Thursday, CNN quoted a military official saying that  a powerful US spy plane had flown over eastern Ukraine for the second time this week.

The plane is capable of monitoring large areas of territory, tracking and photographing everything from vehicles to other aircraft, the report said.