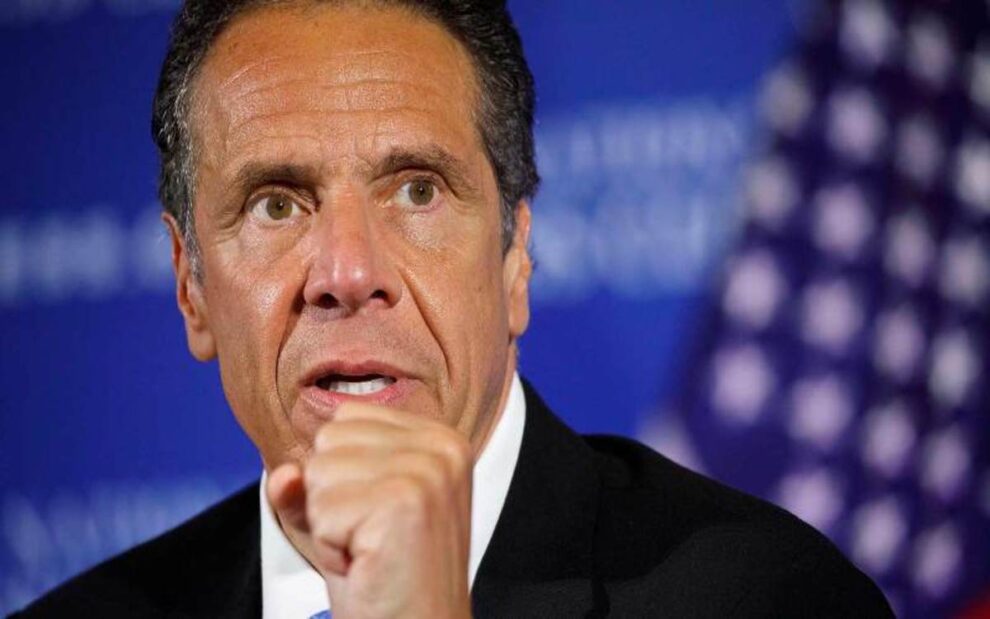 In November of 2019, several disgruntled GOP operatives launched the anti-Trump Lincoln Project. The organizations’ directors included Steve Schmidt, director of John McCain’s 2008 Presidential Campaign, Reed Galen, another McCain advisor, Rick Wilson, a GOP political consultant, and John Weaver an advisor to former Republican Ohio governor John Kasich. The group has raised more than $90 million, about a third of which they spent on political television and internet ads, with much of the rest going to their own political consulting firms. The Lincoln Project has long been popular with the Dems and the media; its directors are regulars on powerhouse morning political shows like Morning Joe. Late last January, The American Conservative reported that John Weaver used his position within the organization to sexually harass and groom young men. Further reporting by The Associated Press showed that Weaver’s actions were an open secret within The Lincoln Project. The rest of the Lincoln Project’s leadership had been informed of Weaver’s behavior in writing last June and members knew of the problem as early as March. John Weaver has resigned as has Steve Schmidt. So far, the Lincoln Project is bravely soldiering on.

As is Andrew Cuomo, Governor of New York. Cuomo had once been hailed as ‘America’s Governor’ for his handling of the COVID-19 crisis. He won a television Emmy Award for his daily news conferences and published a book extolling his leadership. But a report issued by State Attorney General Letitia James says Cuomo’s administration misrepresented the number of deaths caused by the governor’s policy of putting COVID-19 patients in nursing homes. The Cuomo Administration claimed 8,711 died in nursing homes. But the Attorney General’s report says the true number is over 13,000. Melissa De Rossa, the governor’s secretary, confirmed on a conference call with state Democrats that Cuomo’s administration covered up the true number of COVID-19 related nursing home deaths.

Conservatives and the bereaved have long slammed Cuomo’s nursing home policy, but the issue did not gain traction in the media until now. Cuomo has attacked and berated his critics. State Assemblyman Ron Kim, long a critic of the governor’s nursing home policy, says Cuomo constantly called and verbally harassed him and promised to destroy him. “You have not seen my wrath”, the governor told Kim, “You will be destroyed.” Kim told Cuomo all further communications had to go through his personal attorney. NYC Mayor Bill De Blasio said that kind of bullying behavior is pretty normal for Governor Cuomo.

Sexual harassment may also be normal for the governor. Two young women have come forward and claimed Cuomo made sexual advances toward them with all the tact and charm of a 15-year-old. More will likely follow. Cuomo has called for an independent review of the allegations, but Attorney General James insists she should oversee any investigation. Late Sunday night, Cuomo issued a statement saying, ‘I now understand that my interactions may have been insensitive or too personal and that some of my comments, given my position, made others feel in ways I never intended.’ Because a 63-year-old man does not understand he should not make clumsy and lewd sexual advances at women the same age as his daughters. These last few days local news is leading off with Cuomo’s twin scandals, so the governor is definitely in trouble.

While the Democrats got the knives out for Cuomo, the American Conservative Union hosted its annual Conservative Political Action Conference in Orlando, Florida. For decades, CPAC has been an important gathering of Republicans and conservatives of all stripes. This year, the GOP Establishment has no place at CPAC. Florida Representative Matt Goetz slammed the establishment and his House colleague and conference chair Liz Cheney, who voted to impeach Donald Trump, ‘Speaking of people who ought to lose primaries… if Liz Cheney were on this stage today, she’d get booed off of it,’ Goetz told the assembled.

Florida Governor Ron DeSantis is often mentioned as a possible presidential candidate in 2024. DeSantis is just as combative as Trump, but lower key. Trumpism without Trump, some say of DeSantis. The governor touched on several issues important to conservative voters; COVID-19 lockdowns, school openings, Big Tech censorship and election integrity. He touted the state’s openness in comparison to closed states. ‘Florida got it right, and the lockdown states, got it wrong,’ DeSatnis declared. He slammed the ‘failed’ Republican Establishment, open borders and military adventurism and even paid tribute to the late Rush Limbaugh.

South Dakota governor Kristi Noem is another rising start within the GOP. Last summer she hosted a pro-American rally with President Trump at Mount Rushmore. This year she gave a 20 plus minute speech on conservative principles and her sate’s handling of COVID-19. Noem touted the fact that at no time did she order a quarantine or require masks. Noem related, ‘Now Dr. Faucci, he told me that on my worst day I’d have 10,000 patients in the hospital. On our worst day, we had a little over 600. I don’t know if you agree with me, but Dr. Fauci is wrong a lot.’ The crowd roared.

President Trump’s Sunday afternoon speech was the highlight of the CPAC gathering. He brought red meat for rabid CPAC attendees. Trump slammed Biden, ‘In just one short month we went from America first to America last.’ Trump’s speech was a long stemwinder typical of the man. ‘I am not starting a new party’ he said unequivocally. Who knows? I may even decide to beat them for a third time, ok?’

Last week Senator Rick Scott of Florida, who has won three tough, close races in his home state and chairs the Republican Senatorial Campaign Committee said, ‘The Democratic Party, it is a socialist party now, so the Republicans’ civil war is actually cancelled.’ Scott is certainly a member of the loathed Establishment but sees things other members don’t. With the Lincoln Project imploding, calls form the House caucus for Liz Cheney’s resignation renewed, and the Trump wing of the party rocking in Orlando, the Establishment has already lost.