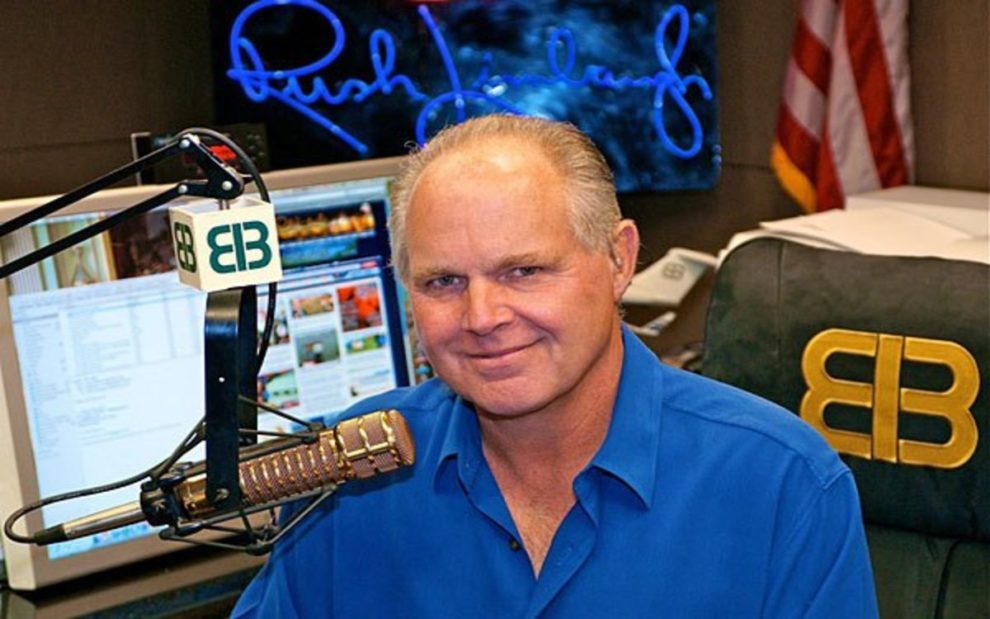 Rush Limbaugh died last week after a yearlong battle with lung cancer. Limbaugh, Rush to his fans, was a giant of American radio. For one third of the medium’s existence, Limbaugh broadcast three hours a day, five days a week, every week – even after he lost his hearing in the 2000s.  Limbaugh got to the studio as much as he could during the final stages of his cancer, doing what he loved until he passed. He did so without the benefit of a large staff, often speaking off-the-cuff with nothing more than a few notes and a stack of newspaper clippings to guide the show’s direction.

His death leaves a huge hole in the conservative mediascape.

The Rush Limbaugh Show had a simple format. He would open with a monologue and spend the top of the hour reading interesting, quirky, and funny news clippings. There would follow more monologue and eventually Rush would take callers. That was the show, that is all he did. Even after the fragmentation of American media in the 2000s, Limbaugh pulled in 10-20 million listeners every day.

Limbaugh did so by bringing something utterly unique to the American media market, conservativism. As the old capitalist saying goes, Limbaugh found a niche and filled it. When the Rush Limbaugh Show went into syndication in 1988, American media was dominated by the three television networks, the wire services, a handful of important newspapers, and CNN. All were liberally biased, or so conservatives thought. The Rush Limbaugh Show was made possible by the Reagan Administration’s repeal of the Fairness Doctrine, which mandated broadcasters show multiple political points of view. Limbaugh made his show decidedly conservative, and declared in contrast to the mainstream media, ‘I am equal time.’

Limbaugh broke the media establishment’s monopoly on information and laid the groundwork for conservative media to come. In the early 90’s, he had a television show version of his radio broadcast. On some nights Rush had better ratings than the network late night talk shows. Roger Ailes produced the show and went on to run Fox news which first broadcast in 1996 with the slogan, ‘We report. You Decide’ itself a call to conservatives. There followed The Drudge Report, which broke the Monica Lewinsky scandal, right-blogosphere, and finally online conservative news sites like Breitbart (a Drudge alum) the Daily Caller, and Townhall.

Up until Limbaugh came along there were a handful of well spoken, splendidly appointed conservative academic types on TV like William F. Buckley and George Will. Limbaugh’s was not bow-tied, Ivey League intellectual conservativism. Instead, Limbaugh democratized conservativism, he made it loud. While the patrician Buckley might quote Edmund Burke to a Democrat arguing for tax increases, Limbaugh would call the democrat a tax and spend liberal who thinks he knows how to spend money better than the Americans earning it. Limbaugh came off more conversationally, sometimes like a man pontificating at a bar, or one’s uncle at Thanksgiving. He was not interested in conservative academic questions. Limbaugh talked about successful conservative policy based on the Ronald Regan model of tax cuts, deregulation, and a strong military. In turn, he lampooned Democrats and liberals, daily bringing stories of loony far-leftists and political correctness. He ruthlessly mocked them and coined the term “feminazi” to describe humorless feminists.  Limbaugh also made ‘liberal’ a dirty word, a synonym for pretentious urban folk with a lot of academic degrees and money. Today, left of center persons prefer to call themselves ‘progressive’.

The left hated Limbaugh for it. Throughout the 90’s they slammed Limbaugh and his fans as racist, bigoted ‘mind-numbed robots’ in Rush’s own terminology. Last week, the left even mocked Limbaugh’s death, and got ‘rest in piss’ to trend on twitter. The mainstream media despised the very format of talk-radio. But, in 2004, a leftist version of the Rush Limbaugh Show called Air America launched. Among its hosts was comedian and future senator Al Franken. The syndicated network got massive attention from the mainstream media but struggled until finally shutting down in 2010. Franken and other liberal minded hosts could never quite reproduce Limbaugh’s formula. Air America was severe, worried, and angry to its detriment.

Despite the mainstream media’s characterization of Limbaugh as an angry white man, he was not angry at all.  Over a 30+ year broadcasting career, it was clear to anyone who bothered to listen that Limbaugh was having a great time. He even bragged about popping out of bed in the morning and looking forward to going to work. Limbaugh’s enthusiasm was infectious and the key to his success. He also approached the job with comical bravado. ‘Talent on loan from god,’ Rush used to declare. We’ll skip the obvious quip here and simply note Limbaugh’s death leaves a huge hole in the conservative mediascape.