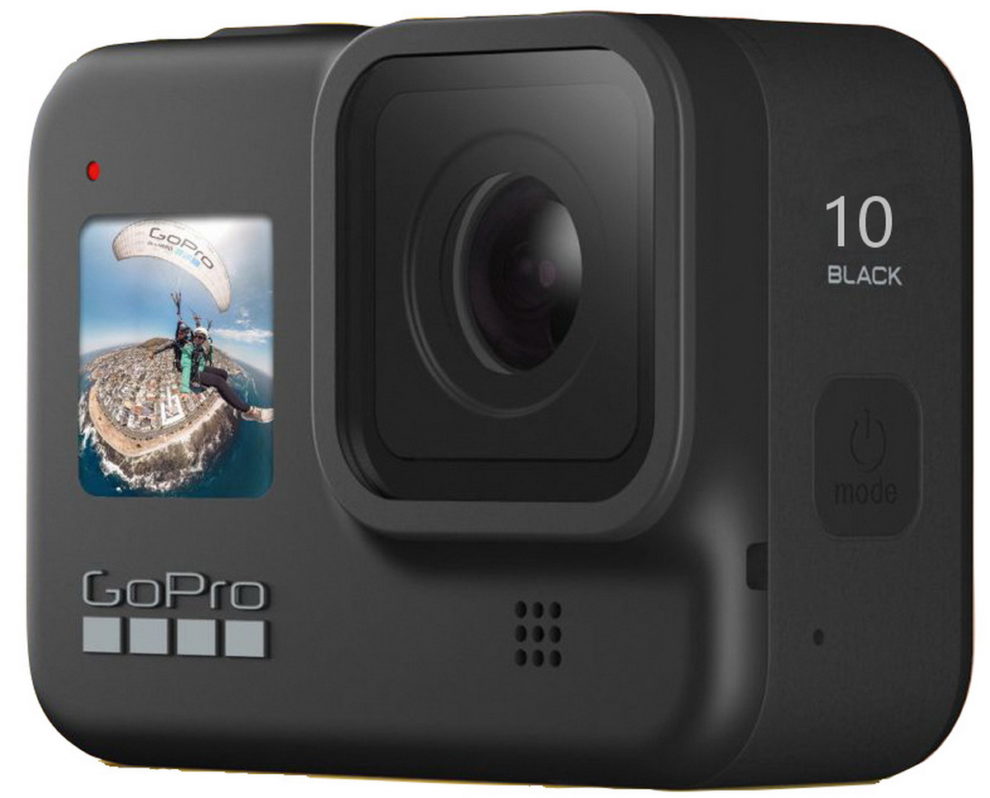 The GoPro Hero Black action attracted widespread popularity around the globe. The popular camera combined portability and high-quality images. GoPro cameras are a great purchase especially keeping in mind their reasonable price. GoPro Hero Black is used by photographers, adventurers, nature enthusiasts and several artists. All these people seem highly satisfied with their purchase. All of these people are now anticipating the release of GoPro Hero 10.

The best thing about GoPro cameras is that they are made for every kind of photographer. It has been widely used by vloggers, adventurers, artists and even random people. People have documented their happiest moments via this device.

However, it is obvious that the design is getting old. The design for Hero9 Black was slightly different than previous models. The Hero9 Black was a bit bigger in size. Apart from the size, the camera featured a front LCD. GoPro might take things a step ahead this time with the new release. The GoPro Hero 10 is likely to have a tweaked appearance. Users speculate that it might be bigger than usual GoPro cameras.

The first hints, in a form of images, of GoPro’s next camera have surfaced online, thanks to Roland Quandt.

Lately, GoPro has been touching the sky in terms of features. The cameras have exceeded expectations in keeping up with technology. The GPS and motion sensors were a much-welcomed feature. This allowed adventurers to keep a better track of their adventures. The voice control was another remarkable feature. A full-color touch screen provided users with a better experience. However, the frame rate and resolution have not been improved.

Below is a list of features that users hope the GoPro Hero 10 could include:

Users hope that the new GoPro Hero 10 can bump up the speed a little bit. Users hope for a slow-motion at 2.7k along with a 480FPS. This sure will take the camera to a whole new level. This would make the perfect slow-motion videos. Slow-motion videos are extremely trendy these days. A feature like this would be beneficial for users who like to keep up with the trends.

Users hope for the new GoPro Hero 10 to come with wireless charging. A wireless charging pad that could charge up the camera will be highly convenient. This will enable adventurers and nature photographers to charge their device without much hassle. A hassle-free charging process would significantly enhance the user experience.

A range of effects will allow people to experiment with their creativity and make unique content. Owners can use several other apps for this, but it would be great if these effects came with the camera. Since most social media influences make use of GoPro devices. A range of effects would further increase the market for GoPro Hero 10.

GoPro Hero 10 camera will satisfy the customer’s high intentions up to the point where no other action cameras can correspond to those specifications and qualities.

To the edged screen

The company is planning to develop a screen that could separate and shift to any remote such as mountable or wrist.

With the Hero 10 Black, we expect GoPro to make a big change to its video capabilities and offer 4K video at 120fps, as well as Full HD at 480fps.

The company recently did it with the Hero7 Black, Hero7 Silver, and Hero7 White so GoPro could be poised to branch out again with the Hero10.

The GoPro Hero rocks more than any other product when it comes to accessories. Not just those made by GoPro, but by almost every other manufacturer that has anything to do with imaging. Now we need a premium line of GoPro accessories; GoPro Pro Accessories.

Multicamming with the GoPro Hero 10 Black

Adding multi-cam functionality to the GoPro Hero 10 would enable you and your mates to go out, sync cameras, and then the data from each would automatically sync the footage to help speed up and ease editing. It could even enable fast auto-editing, switching between cameras based on motion and GPS data.

Roland Quandt leaked the photos of Hero 10 Black, GoPro’s next action camera, last month. Quandt has now revealed the price of the Hero 10 Black in the Europe. Pricing for other markets, such as the United Kingdom and the United States, has not yet been revealed.

According to Quandt, GoPro will charge 539.99 Euros for the Hero 10 Black in the Europe, which is a higher price than previous Hero Black cameras. For context, the Hero 9 Black debuted at 479.99 Euros, a significant price increase in a year.