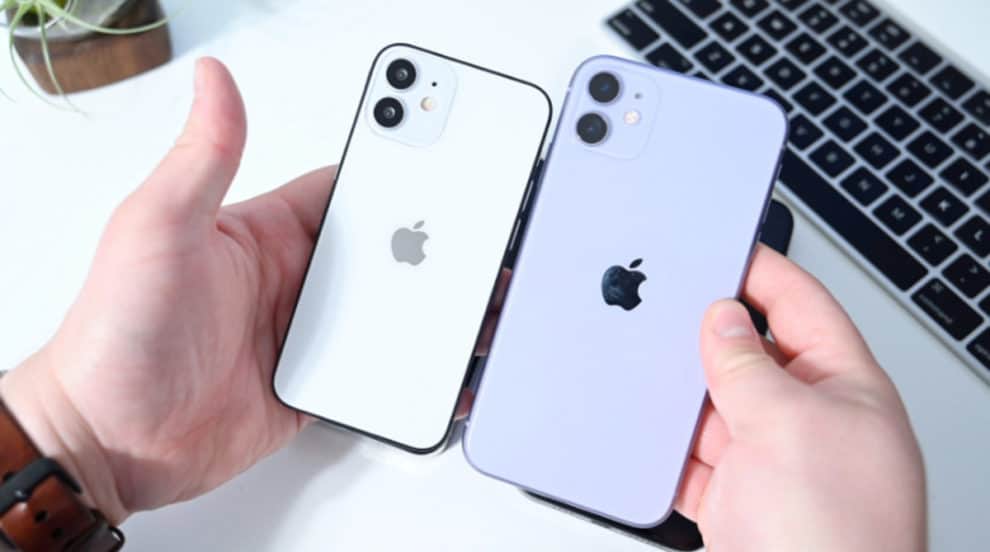 Recently, Apple held its September event and unveiled its new hardware products. However, the company was unable to say anything about its new flagship smartphones, the iPhone 12 series. After the event, we’ve heard several rumors regarding the launch of the new devices, including some of what we should expect when they launch. Yesterday, we talked about a leak, which suggested that the new iPhone 12 Pro model will come with two new colors, Red and Navy Blue. In another one, a tipster suggested that the expected 5.4-inch iPhone 12 model will be called iPhone 12 Mini when the series launches. Well, according to the latest leak, it seems Apple will indeed call the small screen model ‘iPhone 12 Mini’. Speaking of the new leak, it reveals three different case stickers, with one of them clearly having iPhone 12 Mini on it.

We expect Apple to release four variants of the iPhone 12 series this year. They include a 5.4-inch model, two 6.1-inch models, and a 6.7-inch model. A few days ago, the famous Twitter leaker @l0vetodream took to his official Twitter account to reveal the names of the new iPhone 12 models. According to the tipster, the models, which will feature 6.1-inch displays, will be called iPhone 12 and iPhone 12 Pro. As for the 6.7-inch model, the leaker revealed that it’ll be called iPhone 12 Pro Max. Furthermore, the tipster also mentioned that the 5.4-inch model will go by the name ‘iPhone 12 Mini’. Although there was no official confirmation at that time, a new leaked image has now confirmed the claim. 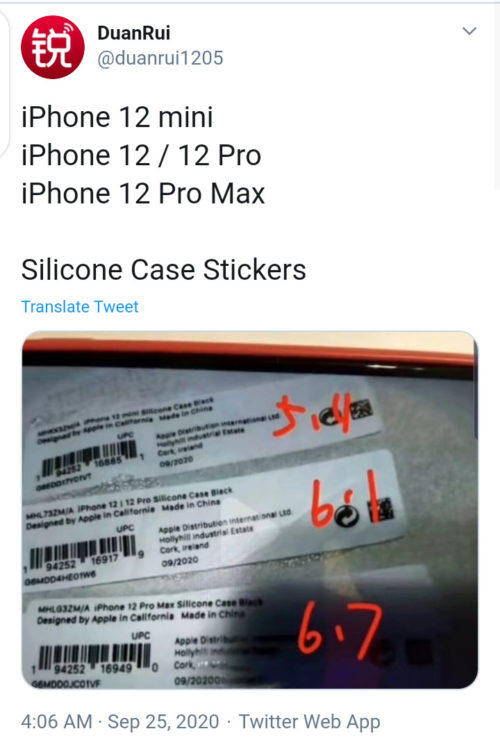 Looking at the leaked image of the silicon case stickers and comparing it with the previous ‘iPhone 12 Mini’ leak, you’ll notice that both are talking about the same information.

For now, Apple is yet to release any information regarding the release date of its new iPhone 12 series. However, according to a recent report by Apple Insider, we might now have a date. The news platform cited a tipster, who revealed that Tuesday, October 13 will be the date of the next iPhone 12 event.

Furthermore, the leaker mentioned that pre-order for the iPhone 12 will start almost immediately – Friday, October 16 to be precise. As for the shipping date, Jon Prosser mentioned, that the new iPhone 12 series will be available on October 23. Well, the popular phone tipster also confirmed the same date for the next iPhone 12 event and pre-order. So, you can start expecting the new smartphones to come at the suggested dates.