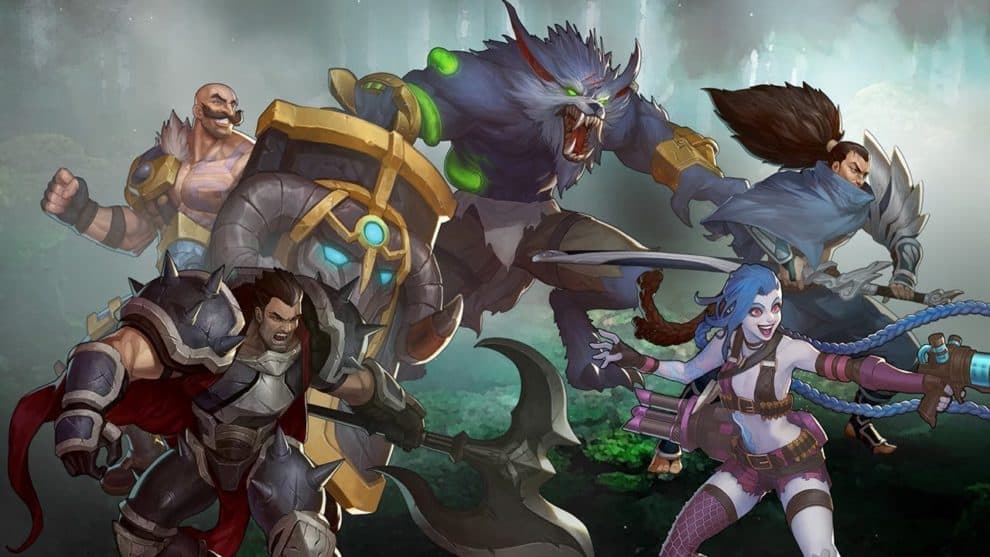 Surely, you’ll agree with me that League of Legends (LOL) is one of the best multiplayer online battle arena games so far. The game is popular because of a lot of factors, including that it’s free, and supports old PCs. Apart from that, it’s also favored by hundreds of millions of users, because of its great matchmaking feature. Recently, many players have started experiencing a high ping issue while playing the League of Legends. It looks like the problem started after Riot Games rolled out a new patch for the MOBA game with version 10.10.

League of Legends Players Complains On The High Ping Issue

Unarguably, the new patch with version 10.10 came with a lot of amazing new features, including buffs & nerfs and four new skins for different legends. The legends include Lucian, Ekko, Fiora, and Pantheon. However, the game also came with an annoying ping issue.

In case you’re experiencing the high ping issue with your League of Legends game, you might have to stop worrying about it. That’s because you’re not the only one experiencing it.

According to a post on Reddit, the ping doubled because of no reason in particular. Shortly after the post, a lot of Reddit users also came out to complain about it. Let’s have a quick look at some of the complaints below:

“Mine has increased from the mid-20s to 300-400. I ping better to European servers than the server a couple of hours away from me.”

“yea I have gone from 40ms to a constant 100ms which just makes the game really hard to play, don’t see a lot of people talking about it which means we are probably in for the long haul”

Although there has been a similar issue relating to the League of Legends high ping before lockdown, Jeremy64vg and many others think this particular one is a mistake from Riot Games. 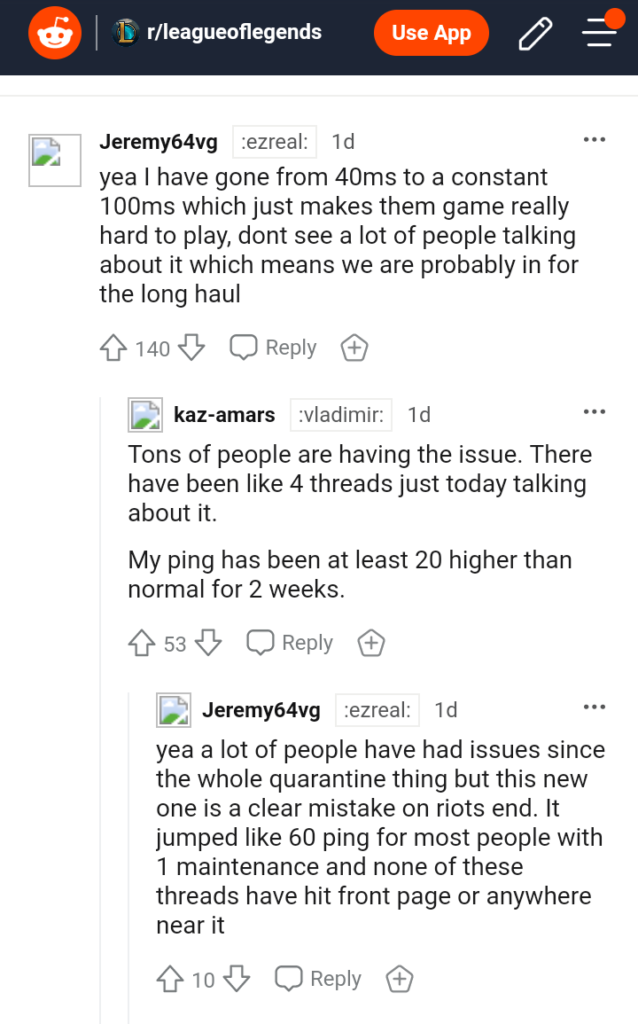 No official reports yet

Riot Games support center is yet to make any official release for the League of Legends high ping issue. However, I’m hoping the developers in charge of the game are already working on it. That’s because the issue is hindering many players from enjoying the gameplay.

As soon as we hear anything from Riot Games as regards the fix for the high ping issue, you’ll be the first to know about it.