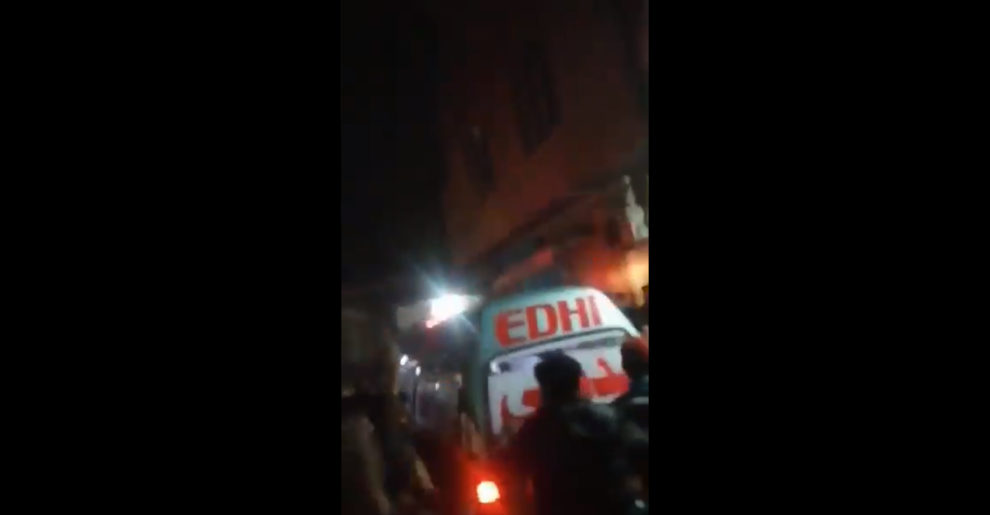 Update: His family members have confirmed the news that Khadim Hussain Rizvi has passed away. A journalist tweeted, “#BREAKING: Exclusive ECG report and death certificates of Sheikh Zaid Hospital, #Lahore both confirms #KhadimRizvi is dead. Reports of miracles of his recovery are completely false and misleading! #KhadimHussainRizvi #Pakistan #TLP.”

Prime Minister Imran Khan has also extended his condolences in a tweet, “On the passing of Maulana Khadim Hussain Rizvi my condolences go to his family. Inna lillahi wa inna ilayhi raji’un.”

A news outlet tweeted, “#KhadimRizvi‘s death has been confirmed by his family. A team of doctors reexamined the #TLP leader’s body after his son said he felt a movement in his arm. #KhadimHussainRizvi.”

It is important to note that these are just reports, nothing has been officially confirmed yet. The hospital cleric where Khadim Hussain Rizvi was being treated for the past few days reported that he had been suffering from a fever, some say that the leader had contracted COVID-19.

Khadim Hussain Rizvi was born on June 22, 1966, he belongs to district Attock in Punjab. He studied Hifz and Tajweed from a Jhelum madrassa, he then went and went on to Jamia Nizamia Rizvia in Lahore to complete his Dars-e-Nizami. Video footage surfacing on social media shows party members and supporters crowded at a private hospital mourning the death of their leader, the body of Khadim Hussain Rizvi is not seen in the video.

The TLP arranged a protest rally from Liaquatabad to Faizabad, the aim of the protest was to denounce the republication of blasphemous caricatures published in France. The rally was arranged to show the party’s condemnation of France. A party official confirmed that despite being sick for a few days, Rizvi had joined the protest in the twin cities to condemn France.

In 2019, an anti-terrorism court (ATC) in Lahore found Khadim Hussain Rizvi and the party’s patron-in-chief Peer Afzal Qadri and others guilty in a case registered after the TLP’s nationwide protests during October 2018 in the wake of a Supreme Court decision. The decision acquitted of blasphemy accused Aasia Bibi. Rizvi and Qadri were also taken into ‘protective custody’ in November 2018.

The decision came after the TLP took to the street after the acquittal of Aasia Bibi by the Supreme Court, the protest wreaked havoc on streets all over Pakistan. Citizens were confined to their homes, and all activity in the country was halted.