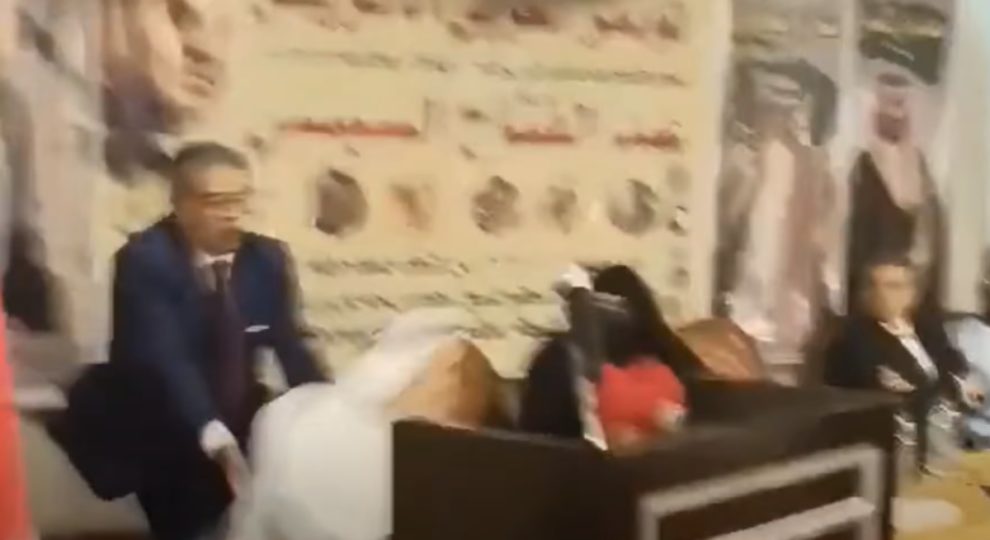 An appalling video of a Saudi businessman Al-Qahtani who died during his speech is circulating on social media.

Muhammad Al-Qahtani was giving a speech on Monday at the Arab-African Conference in Cairo, Egypt. The 14 seconds long video captures the moment he lost consciousness and fell to the ground backward. Panelists at the conference stood up in shock after.

Al-Qahtani was reportedly living in the United Arab Emirates. He was a chairman of the board of Al-Salam Holding Company and held several reputable positions as a goodwill ambassador, NY Post reported.

The conference was held “in support of the achievements of [Egyptian] President Abdel Fattah Al-Sisi”, according to Arabi21’s sources.

The Saudi entrepreneur was applauding the President of the Emirates, Mohammed bin Zayed in his speech. He called President Zayed the “dean of humanity and a man of peace” just before he collapsed.

The event was attended by several ambassadors, Arab socialites, and representatives of regional, international, and Arab organizations, Arabi21 reported.

Cause of death unknown

As per an Egyptian Youtuber, Abdullah Elshrif, Al-Qahtani passed away after he was taken away to a different room by security guards at the event.

He was shifted to a hospital where his death was confirmed, Gulf News reported. The cause of his death was unknown, but it was likely due to a heart attack, according to the reports.

There has been no further updates about an investigation.

A number of Twitter handles reposted the video referring to Al-Qahtani as the Saudi ambassador in the caption.

The current Saudi ambassador to Egypt, Osama Naqli, also confirmed in a statement that the person in the video is not one of the Saudi ambassadors or diplomats, Misbar reported.

The video is trending on social media in both English and Arabic with thousands of views and retweets.

Saudi sentences woman to 34 years in jail over Twitter use