OnePlus is arguably one of the best Android smartphone manufacturers in the world. That’s because it offers some of the best phones with great features. Furthermore, the company also offers its top hardware products at affordable prices than some other Android OEMs. Ever since the release of the OnePlus 2, OnePlus has made it a part of its production to always add a small alert slider on top of the volume buttons. The addition of the feature enables users to quickly jump between various call profiles, including Ring, Silent, and Vibrate. While the feature is more related to hardware, the fact remains that software helps it to tick. However, for OnePlus smartphones without the hardware switch, a trick that works the same way as that is pressing both the Volume up and Power button simultaneously. However, this trick doesn’t seem to sit well with many users.

According to the users, who have now taken to the company’s community forum to air the issue, OnePlus didn’t disable the shortcut of pressing both the Volume up and Power buttons while assigning ‘alert slider’ the function of switching between call profiles. Furthermore, the OnePlus users revealed that they often, but accidentally, press the combination of the volume up and power buttons, causing their phone to go on vibration mode.

Now, the users are calling on OnePlus to disable the Volume up and Power button function for call profiles. According to them, the alert slider feature is more than enough for them. Let’s have a quick look at some of the reports below:

According to a OnePlus Nord user, he keeps accidentally hitting the Volume up and Power button combo. And that causes his smartphone to enter vibration mode, unintentionally. 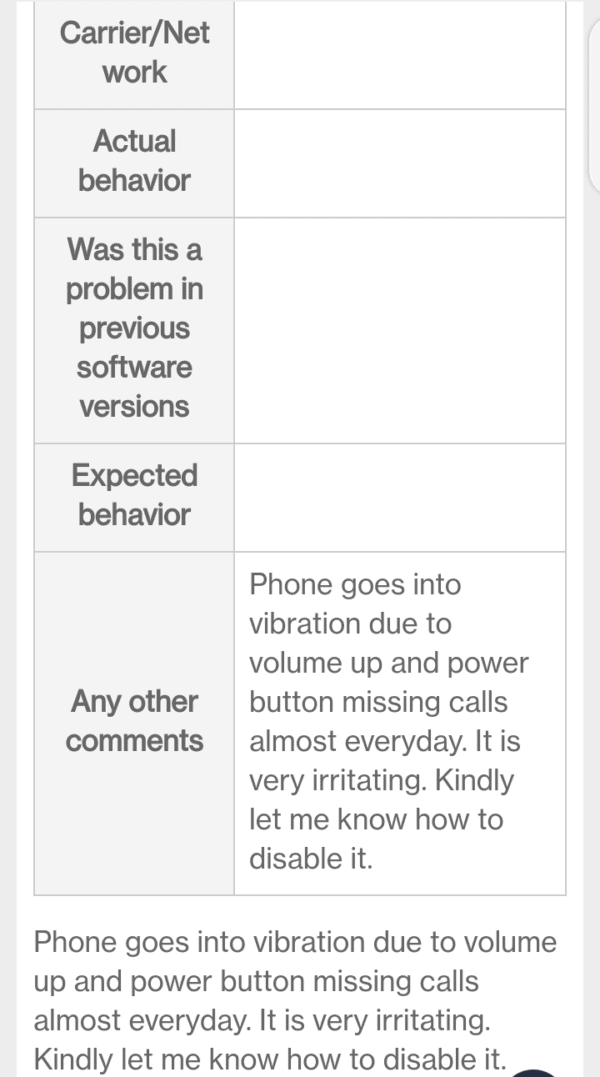 According to another OnePlus user, who’s also asking the company to “disable the volume up + power button to put the phone in vibration mode.”, the user said:

“This gets very annoying when I press it accidentally from picking up my phone and miss calls and notifications since they no longer make noise. I need to change the slider up and down to bring it back to normal.”

You can find a few other reports by the OnePlus users, who want the company to disable the Volume up and Power button function, here (1, 2, 3).

Any Response Yet From OnePlus?

Looking at the complaints, it’s like users have been calling for the shortcut to be disabled for a long time. However, the company hasn’t yet said anything regarding whether it’s going to disable the shortcut or not.

According to our belief, we think the company left the Volume up and power button combo there on purpose. Probably for the OnePlus users who don’t like using the alert slider feature. We’ll continue to keep an eye on the company to know what it’s going to do regarding the issue. As soon as we find anything, we’ll definitely keep you posted about it.