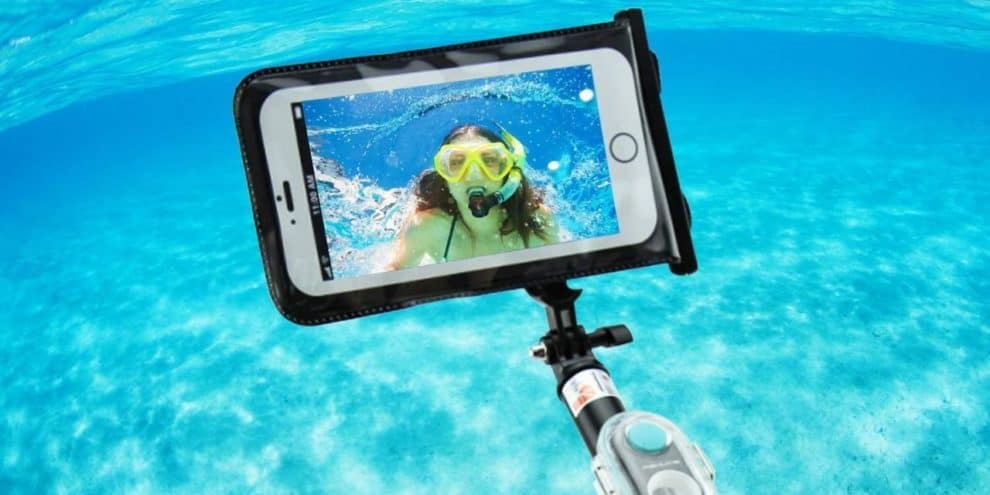 In the past, many people have asked us whether it’s possible for the upcoming iPhone 12 to launch, featuring a touch-sensing screen for underwater use. Well, it now seems like Apple is looking at new ways to utilize the technology for its devices. Although the chances of iPhone 12 coming with it are low, a recently published patent has proven that future iPhones, such as iPhone 13, will be able to take clearer photos underwater.

Unarguably, some iPhone models, such as iPhone 11, have great water resistance features. With that, users can always make use of them underwater to take photos without being damaged. However, users often face a few challenges with such photography. One of them is the issue of color differences. Compared to pictures taken above water, underwater photos often suffer from greenish tints. Apart from that, other challenges include reduced visibility and lack of lightning, as a result of dirty or cloudy water. However, it seems Apple is now ready to provide solutions to such challenges, according to a new patent.

Speaking of the patent, it was granted to Apple on Tuesday by the U.S. patent and Trademark Office. In the patent, titled “Submersible electronic devices with imaging capabilities”, the Cupertino-based giant tech company was able to analyze some factors which will help future iPhones, such as iPhone 13, to capture clearer underwater photos.

To be able to do that, the device will need to first detect if a photograph is being taken underwater. After that, it makes a number of changes in it, addressing the above-listed challenges and making the image a good one. Speaking of the detection process, it includes capturing data points, referring to a number of factors. Some of them include ambient light, water depth, orientation, distance from the subject, water pressure. Apart from that, it also includes backscattered light, essential for determining the level of water murkiness. And as soon as they’re all determined, the iPhone 13 or future iPhone model will then utilize multiple strategies to deliver clearer underwater photos.

More information regarding the patent

It’s worth noting that the patent doesn’t directly mention iPhone 13. Instead, it says future electronic devices by Apple, which we believe the iPhone 13 model is one of them. Furthermore, Apple initially filed the patent on September 27, 2017. Some of its inventors include Po-Chieh Hung, Serhan O. Isikman, and Prashanth S. Holenarsipur.

Last year’s iPhone 11 came with great tolerance to water. Users can make use of it to take pictures underwater for about 30 minutes at depth, up to four meters. According to rumors, the iPhone 12 series will likely also come with improvements in that aspect. And if Apple puts the patent into work, we expect the company to release the 2021 iPhone 13 models with improved underwater photography for users to take clearer photos.