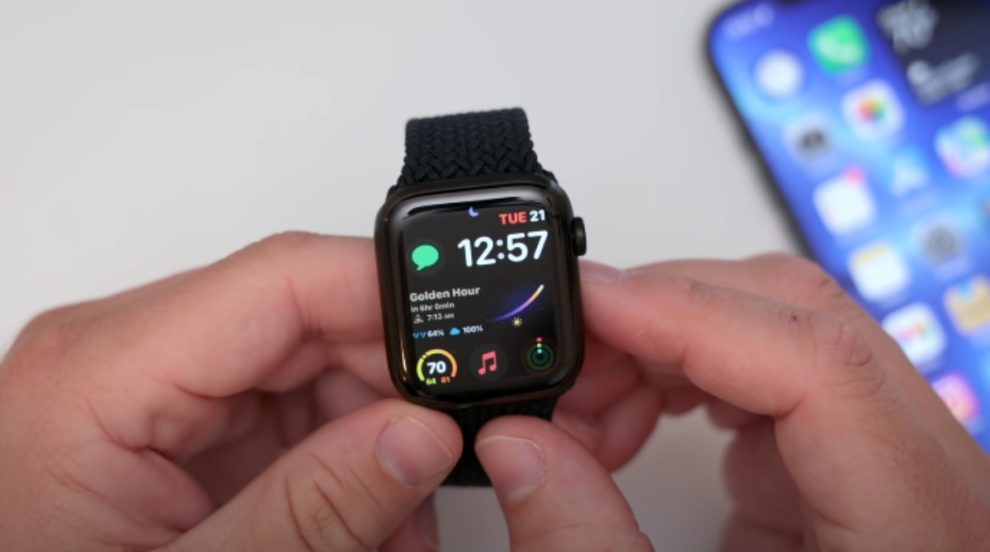 The Apple Watch Series 8 lineup is expected to arrive alongside the iPhone 14 models in September.

There have been many speculations about the size, design, and features of the watches. However, most of these are based on rumors and there has been no official announcement by the company.

As you read further, you’ll discover everything you need to understand about the release date and specifications of the upcoming Apple Watch Series 8.

Tipster @ShrimpApplePro posted that the standard 41mm and 45mm models of the upcoming watches would have the same design as the Series 7. The Twitter user was also the first to disclose the pill and hole display feature of the iPhone 14 Pro. 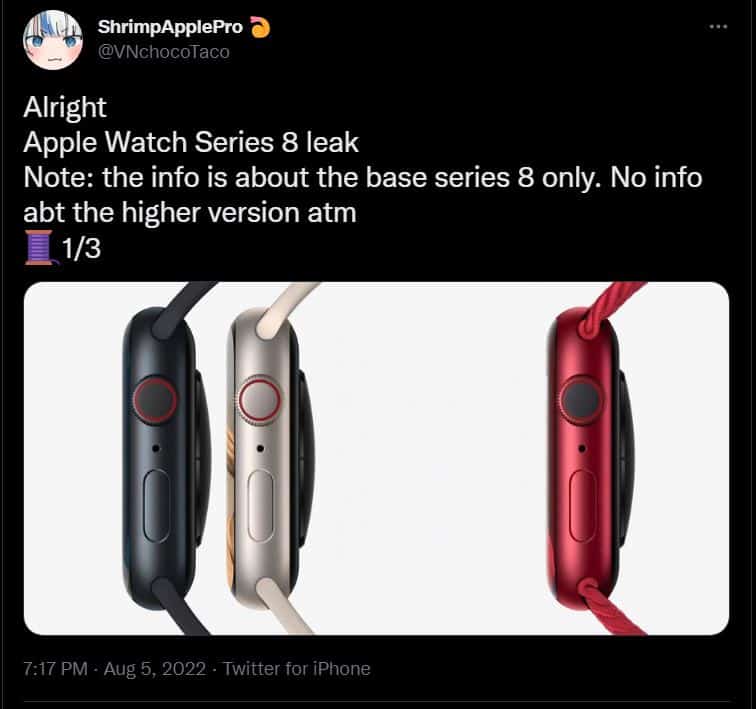 @ShrimpApplePro also hinted at color options for the upcoming Apple Watch Series 8. These include Midnight, Starlight, Red for aluminum models and Silver and Graphite for stainless steel versions. However, there would be fewer color options than offered for Series 7 watches which came in Blue, Green, Space Black, and Gold.

Mark Gurman of Bloomberg reported that not just one but two new Apple Watches could feature a body-temperature sensor. This inclusion has been expected for some time, but it was not certain. He said it depends on if “the capability passes muster during internal testing.”

However, he was quite certain about its inclusion in his latest newsletter. “I now believe the feature is a go.” The body-temperature sensor would not be available for the lower-priced versions of the watch.

According to Gurman, an updated premium “extreme sports” version of the Apple Watch Series 8 will feature a titanium case. This high-end model is also expected to have a larger display compared to the Series 8 watches.  It would be a new rugged edition that is made for extreme sports athletes.

He also posted that display will be 7% bigger than other screen sizes before. It is expected to have a resolution of over 410 x 502 pixels. This would give the same level of detail (or pixel density) as Series 7.

The bigger screen would display “more fitness metrics or information on watch faces at one time. The company added several new fitness features in watchOS 9, including multisport workouts and improved intensity tracking during exercise routines.”

Bloomberg’s report was corroborated by the analyst, Jeff Pu, who said that in addition to the regular Watch sizes there is going to be a “high-end” version with a larger display.

Fans speculate that the upcoming Apple Watch Series 8 could incorporate the design of the newer flat-edged iPhone, which was previously rumored to be in the Series 7.

A set of renders published ahead of the Apple Watch 7, revealed plans for a flat-edged redesign, which got fans excited about the Apple Series 7. The leaked CAD renders were shared by 91Mobiles, and they teased an all-flat design with the display included.

Tech publications and analysts have predicted some interesting updates in the new watch series. These include many amazing features and tech upgrades.

According to the latest news, spotted by GizChina, the upcoming Apple Series 8 device may come with a satellite connectivity technology. The report came from the popular Bloomberg reporter Mark Gurman. In the report, Gurman said the satellite connectivity feature could either make it to the Apple Watch this year or next year.

If this happens, then the device will allow its users to send text messages to their contacts in case of an emergency. This is possible, as the report says the Apple Watch will be able to send messages with the help of a satellite network. That’s not all; the report also mentioned that the device will enable its users to report any emergency, related to a car, fire, or even a boat.

The iOS 15 operating system already has a blood glucose highlight as one of its health metrics. However, to get data from it, iOS users have to use third-party apps. Introducing the blood sugar monitoring system to the upcoming Series 8 could change everything for iOS users.

What we expect from Apple Watch Series 8

Apple Watch 7 was expected to have a huge battery life boost, but unfortunately, fans could not see that happen. We hope that the feature gets added to the upcoming Series 8. This would improve its overall stamina with the help of a larger battery and a more efficient processor.

According to a Bloomberg report, Apple is also working on incorporating a skin-temperature sensor; as previously found in the Fitbit Sense. A Wall Street Journal report expects 2022 as the possible introduction to this feature. However, this would require the integration of new hardware, allowing for the upcoming Watch 8 to take the temperature. It’s possible the watch’s temperature-taking ability will come out as a fertility-planning feature.

Considering the amount of data Apple Watch holds, it is quite absurd that its security system is simple. Using a passcode for your Apple Watch can also get a little hectic. Because you need to enter it every time, you wear it. Touch ID seems a reasonable solution until Apple gets around adding a front-facing camera to register Face ID.

For now, there’s no official statement yet from Apple as to when it’ll release the new Apple Watch Series 8. So, we don’t know exactly when the device will reach the market. However, based on previous releases, we should be able to make a close prediction of when the device will be available.

Looking at the release dates for the previous Apple Watch models, it’s safe to say that the upcoming Apple Watch Series 8 should be available for sale in September 2022.

It is also rumored that the WatchOS 9 will release in September. WatchOS9 is the latest operating system on Apple watches.

There is no official information from the giant tech company regarding the Series 8 price. However, Apple has made a name for itself by always maintaining its price structures. Hence, we expect that Apple Watch Series 8 will be similar in price to its predecessor.

The Apple Watch 7 begins at $399 for the 41mm model, with premium prices for the larger 45mm variants.

Unlock with Apple Watch feature not working on iPhone 13, Apple to fix issue