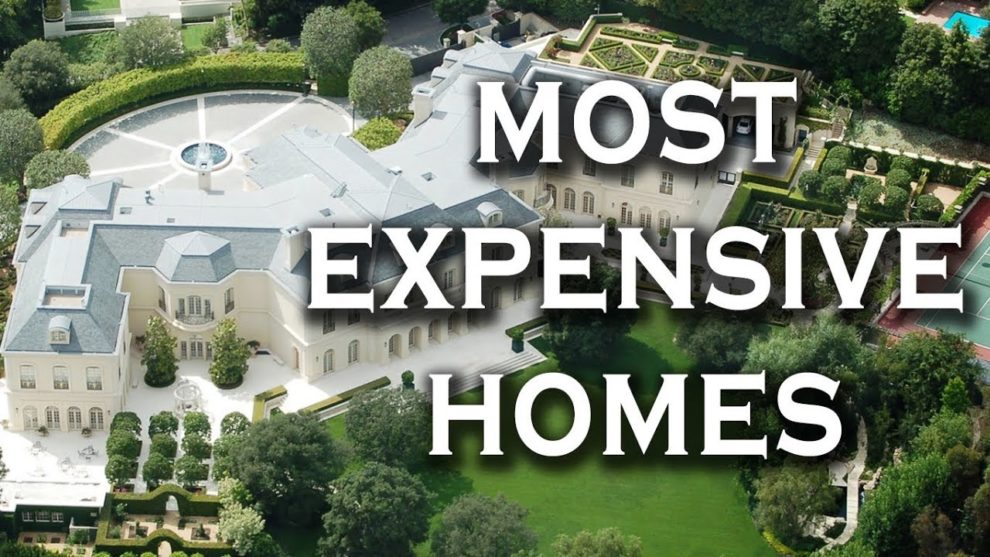 By definition, a home is a living space, where an individual, family, or household resides. For most of us, the size of a house isn’t a major determinant when it comes to choosing a home. As far as it’s conducive and secure, it can be called a home. However, that’s never the case for most of the richest people in the world. To them, there’s more to acquiring a home than just the soothe and security. Most of them buy luxury homes for several reasons, including to flaunt and enjoy their wealth. According to the US News, there’s no checklist for labeling a home as luxury. However, several factors, including location, size, interior & exterior designs, and materials, can contribute to why a house is expensive. That said, we’ll be sharing with you, in this post, the list of the top 10 most expensive houses in the world, as of today.

List Of The Top 10 Most Expensive Houses In The World 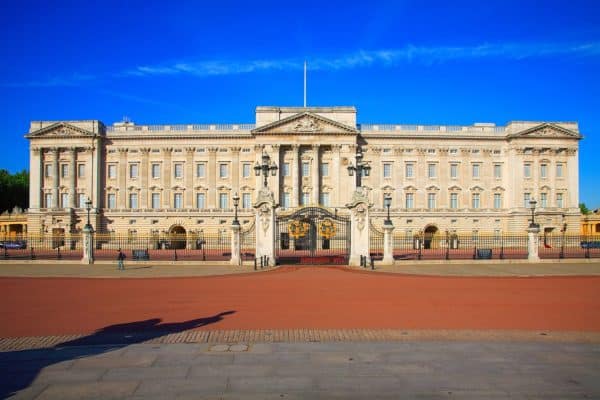 Occupying the first position on the top 10 list of the most expensive houses in the world is Buckingham Palace. According to experts, the estimated value of the house is $2.9 billion. Furthermore, the high price of the house is partly because of its location in London. It’s also because of the features of the Queen’s palace.

Speaking of Buckingham Palace, it has a total of 775 rooms. These include 52 bedrooms for the royals and their visitors, 78 bathrooms, and 188 staff bedrooms. In addition to that, the house also has 92 offices, 19 staterooms for dining, the throne, music, and a few others. 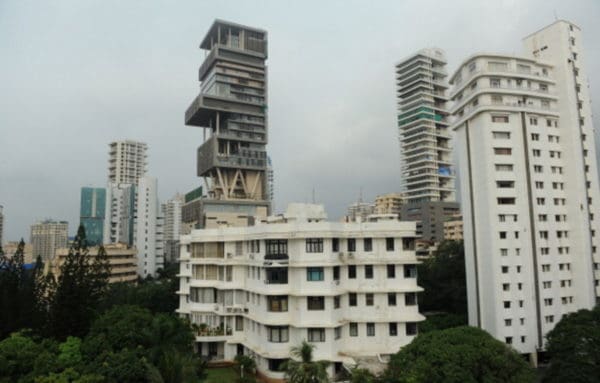 Next on the top 10 list of the most expensive houses in the world is Antilia. Located in Mumbai, India, the estimated worth of the building is about $1 Billion. Furthermore, the house belongs to Mukesh Ambani – the chairman of Reliance Industries. In case you don’t know, reports confirmed that he’s currently the richest man in Asia. That said, speaking on Antilia, named after a mythical island in the Atlantic Ocean, it has a lot of amenities. Some of them include a 50-seat movie theater, six different parking spaces, and three helipads. Furthermore, Antilia, which is about 27-floor high, occupies an area of 400,000 square feet.

Sitting on the third spot on the top 10 list of the most expensive houses in the world is Villa Leopolda. According to experts, the house is estimated to cost about $750 million. Furthermore, Villa Leopolda, named after its original owner King Leopold II of Belgium, sits on 18 acres of land. Apart from that, it features 19 luxurious bedrooms, a movie theatre, fireplaces, a few rare artworks, swimming pools, gardens, etc. 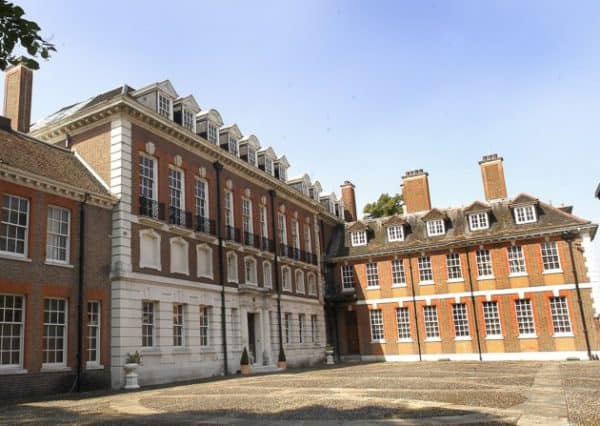 Occupying the fourth position on this list is Witanhurst, a mansion located in London. According to analysts, the estimated value of the house, which is still under renovation, is about $450 million. Furthermore, as far as its interior space is concerned, it’s expected to reach a total of 90,000 square feet. Also, there are a total of 65 rooms in the mansion, including 65 bedrooms. 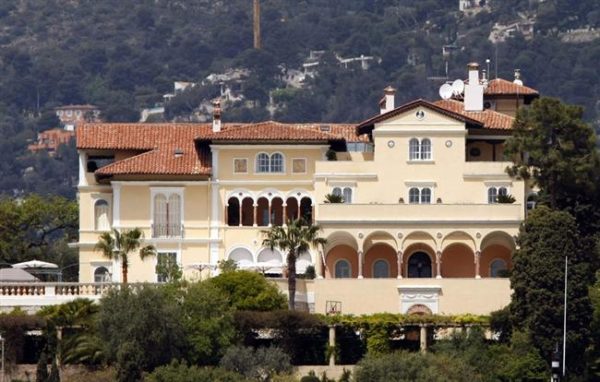 Next up on our list of the top 10 most expensive houses in the world is Villa Les Cèdres. The mansion currently occupies this spot because it is worth a whopping $450 million, according to experts. Furthermore, Villa Les Cèdres has 35 acres of gardens, 14 bedrooms, a library, and a swimming pool (Olympic standard). Speaking of its interior design, the house has crystal chandeliers, 19th-century oil paintings, and many more. 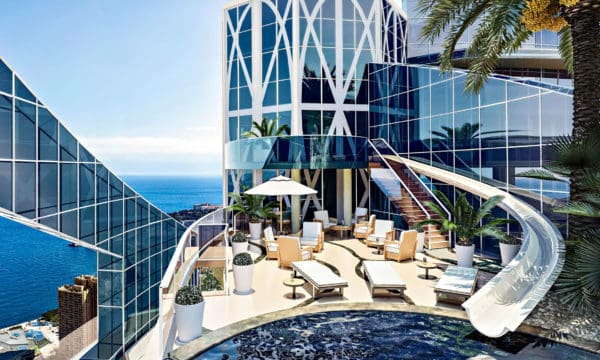 With an estimated value of $400 million, Odeon Tower Penthouse currently occupies the sixth position on our top 10 list of the most expensive houses in the world. Located in Monaco, the five-story penthouse has an interior space of about 35,500 square feet. Apart from that, it also features a private elevator, and a water slide, located on the upper floor of the building. 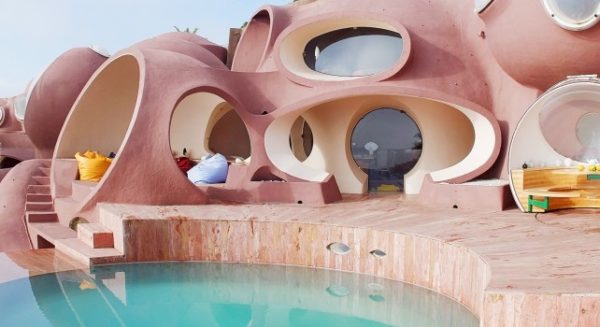 Occupying the seventh spot on our list is Le Palais Bulles. With an estimated value of $390 million, the house features a series of round rooms. Apart from that, it also has three swimming pools, gardens, and an amphitheater (500 seaters). 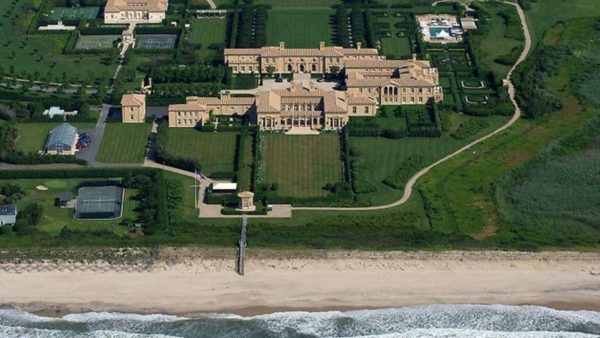 Sitting on the eighth position on our list of the top 10 most expensive houses in the world is Four Fairfield Pond. With an estimated value of $248 million, the house sits on 63 acres of land. Furthermore, it features several rooms, including 29 bedrooms, three swimming pools, 39 bathrooms, a dining room (about 91 feet), a basketball court, squash courts, tennis courts, and a bowling alley. 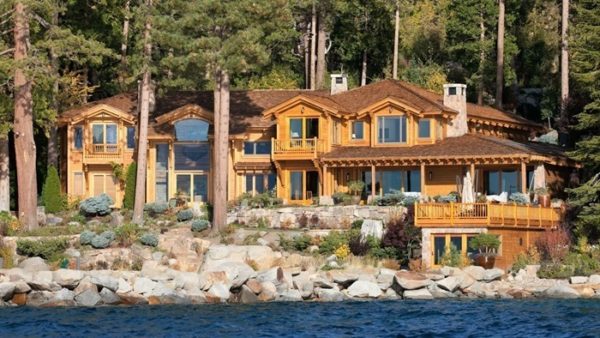 Next on our top 10 list of the most expensive houses in the world is Ellison Estate. That’s so because it’s currently valued at $200 million, according to experts. Furthermore, Ellison Estate sits on 23 acres of land and features a host of amenities. Some of them include a human-made lake, a tea house, a horse farm, a crystal clear koi pond, and a few others. 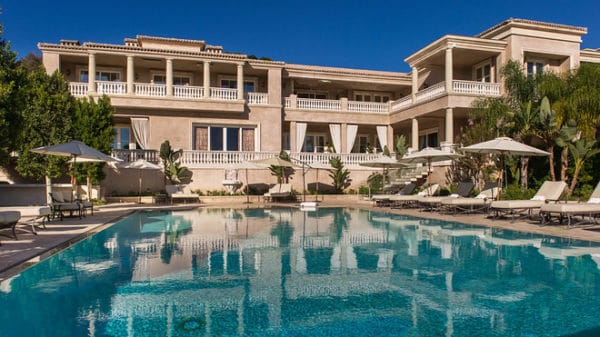 Sitting on the tenth position on our top 10 list of the most expensive houses in the world is Palazzo di Amore. That’s so because it’s recently estimated to worth $195 million. Furthermore, speaking of the mansion, it’s about 53,000 square feet and features several rooms. These include 23 bathrooms, 12 bedrooms, tennis courts, a garage (capable of occupying 27 cars), several swimming pools, and theatres.